In the midst of the coronavirus pandemic, the Old Town Gymnastics Academy in Winston-Salem, North Carolina, faced the possibility of closing its doors when owner Dawn Nelson was unable to receive a federal loan from the Paycheck Protection Program. She had spent her savings trying to keep the gymnastics academy alive and was nearly forced to lay off all her staff and permanently shut down her business.

Her husband, an Army veteran who served in Iraq, Guatemala, and the Balkans, decided to put his Bronze Star up for sale online with the hopes of getting $100 to keep the gym afloat. Command Sergeant Major Alex Nelson earned the Bronze Star, an award given for brave and heroic action in a combat zone, in 2008 for leading more than 160 missions to defuse roadside bombs, according to the Lt. Governor’s staff.

Upon seeing the listing on Facebook, Dan Forest visited the gymnastics academy and purchased the Bronze Star, promptly returning it to Nelson. The Lt. Governor’s actions allowed Nelson to earn the money needed to sustain his wife’s business and keep the Star. 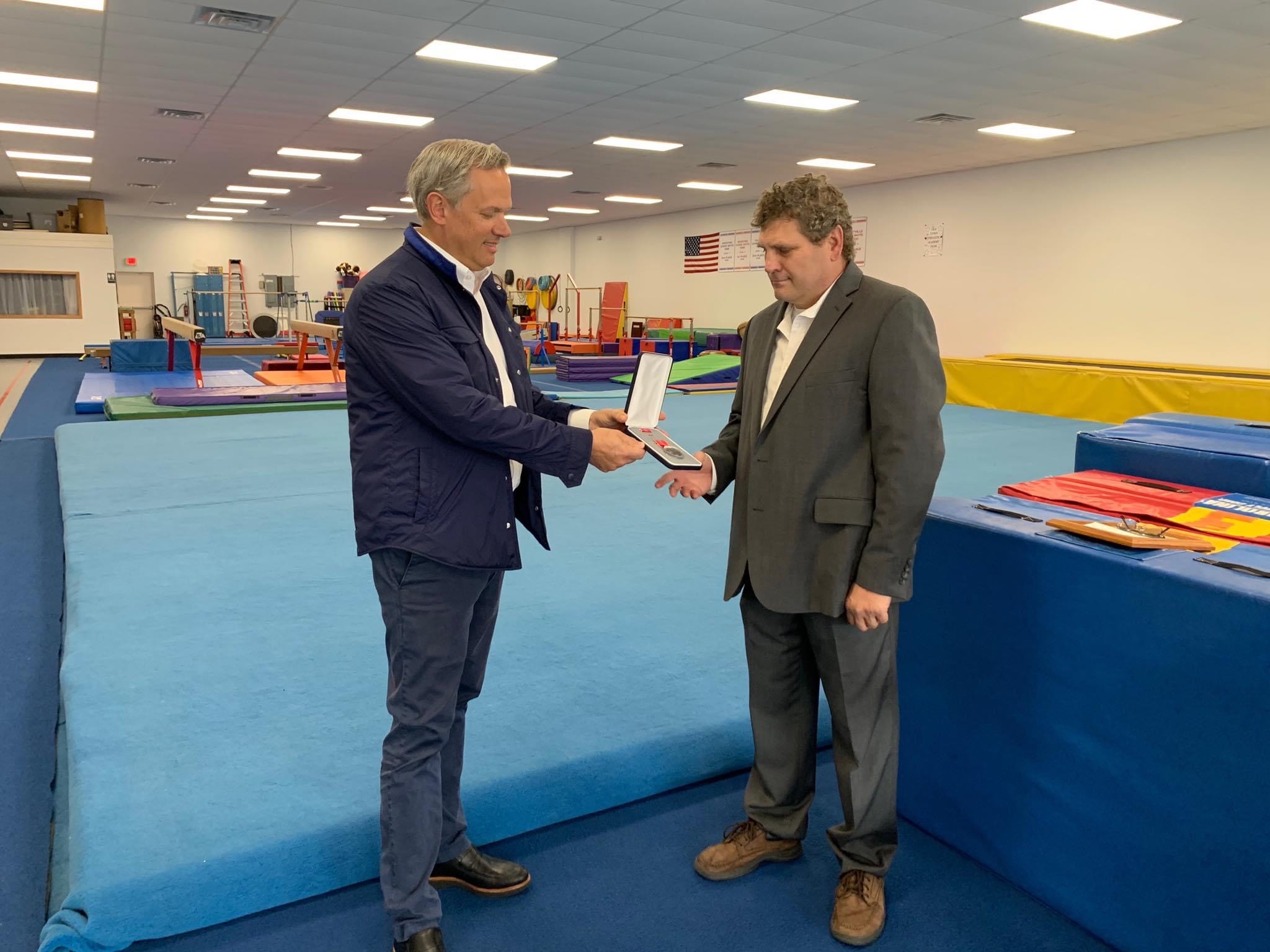 “It meant a lot to me, but the Bronze Star is just a material thing. What really means the world to you is your wife and your children,” Nelson told the Dan Forest staff.

“We all have to sacrifice in times of need, and now is one of them,” he added.

Dan Forest has committed his time to helping the community during the coronavirus pandemic. In North Carolina, unemployment claims have skyrocketed to over 1 million, which is equivalent to 20% of the state’s workforce, according to the Winston-Salem Journal.

“As soon as things started to shut down around North Carolina,” the Lt. Governor told the Daily Caller, “we realized this was going to be pretty bad.” (RELATED: Unemployment During Coronavirus Pandemic Tops Entire 2008 Recession — New Jobless Claims Exceed 6 Million For Second Straight Week)

“We started to know people personally who were losing their jobs instantly, we had restaurant owner friends who were struggling to stay open,” he added, “and we said you know what, we’re going to put the campaign on hold.”

The Dan Forest campaign suspended all campaigning and fundraising in order to help those in need. The Lt. Governor said that they have given around $200,000 worth of support for the community so far.

Once he came across Nelson’s story on the internet, Forest told the Army veteran that he would purchase the star on the condition that he could immediately return it. He met with Nelson, his wife, and his daughter in their gymnastics studio. “He handed me his bronze star, and I handed him a check,” said Forest, “and then I turned around and handed him his Bronze Star back again and just thanked him for his service.”

“Nobody should have to pawn off their war medals to make a living.”