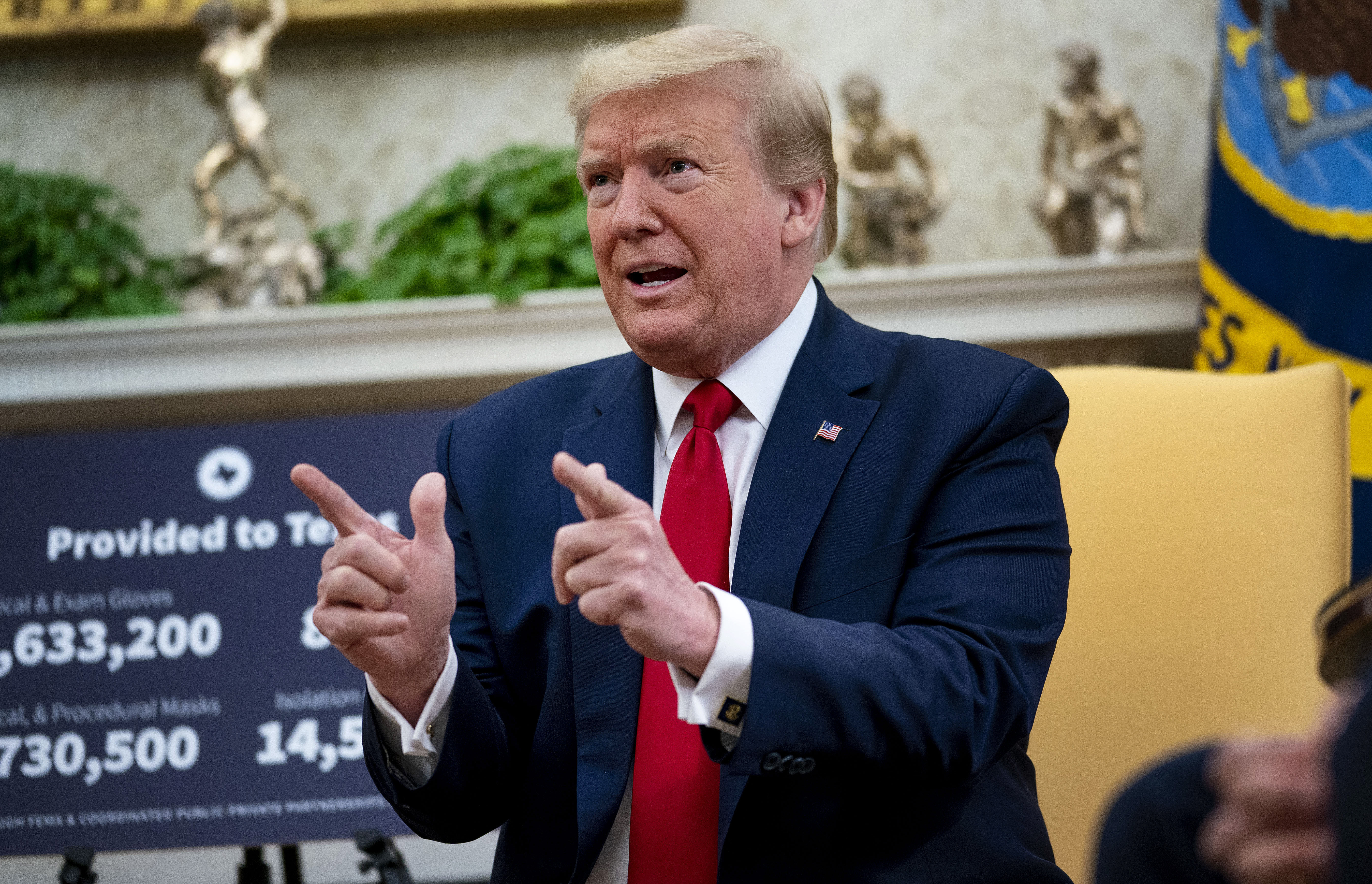 WASHINGTON, DC – MAY 07: U.S. President Donald Trump speaks to reporters while hosting Texas Governor Greg Abbott about what his state has done to restart business during the novel coronavirus pandemic in the Oval Office at the White House May 07, 2020 in Washington, DC. Trump talked about the announcement that the Department of Justice has dropped charges against his former national security advisor Michael Flynn, who pleaded guilty in 2017 to lying to the Federal Bureau of Investigation. (Photo by Doug Mills-Pool/Getty Images)

The poll, the first released by CNN since before the White House issued its coronavirus social distancing guidelines in March, showed 51 percent of respondents saying they would vote for Biden if the election were held today, compared to 46 percent from Trump. Biden’s marks fell 2 points since the March poll, while Trump rose by 4 points.

CNN noted that party-affiliated support was even, with 95 percent of self-identifying Democrats and Republicans responding they would vote for their respective party’s candidate. With Independents, however, Trump leads Biden 50 percent to 46 percent.

Biden holds leads in a significant number of questions centered on tone and honesty, including who is more likely to unite the country, but Trump’s figures on his ability to handle the economy top both Biden and his marks from March. Fifty-four percent — up 4 points from March — say Trump would be better for the economy compared to 42 percent for Biden.

Tim Murtaugh, communications director for the Trump 2020 reelection campaign, told the Daily Caller Wednesday that polling “always understates President Trump’s standing.”
“Our own data also shows that Americans can see that the President has been leading the nation through this crisis and into reopening the country,” he continued. “Additionally, the more people learn about Joe Biden’s disastrous record, the less they like him. We have only just begun to define Joe Biden and there’s much more to come.”