Two high schools in Montgomery County, Maryland, will begin offering a course on gay, lesbian, bisexual and transgender (LGBTQ) history and culture in the spring of 2021.

Montgomery County’s Board of Education voted unanimously Tuesday to create an LGBTQ studies course which will be offered at two high schools before expanding to eight more schools the following year, according to WTOP News.

The school’s new course is believed to be the first in the region, and will explore LGBTQ identity, history and culture. The class, which is considered a social studies elective, will be open to juniors and seniors who have already taken American history.

“In Unit One, students will examine the factors that shape identity, with a focus on intersectionality,” the course description reads, according to FOX 5.

“In Unit Two, students will investigate which voices are included in the historical narrative by exploring the resistance and resilience of the LGBTQ+ community in the U.S. Unit 3 focuses on the cultural contributions of LGBTQ+ individuals and their representation in media. Unit 4 will engage students in examining and addressing contemporary challenges faced by LGBTQ+ individuals locally, nationally, and globally.” 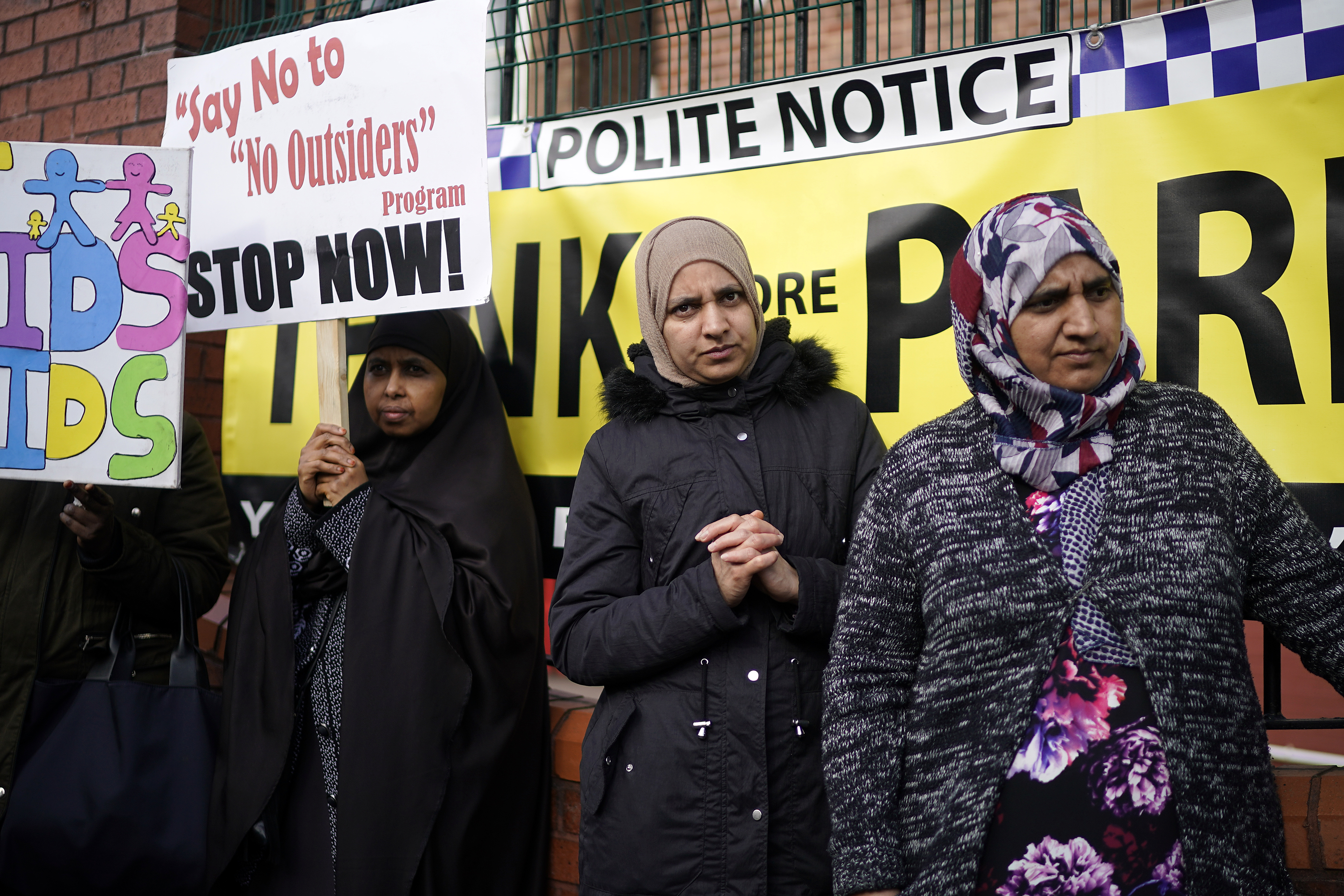 Parents, children and protestors demonstrate against the ‘No Outsiders’ programme, which teaches children about LGBT rights, at Parkfield Community School on March 21, 2019 in Birmingham, England. (Photo by Christopher Furlong/Getty Images)

Scott Murphy, the director of secondary curriculum and district wide programs for Montgomery County Public Schools, told board members that there has been “strong interest” in the class from teachers and students, according to WTOP News. (RELATED: Here Are The Details On California’s Sex Education)

School board members praised the move to offer the course. Board member Rebecca Smondrowski said it will “open a lot of minds.”

“I feel like we’ve come so far in having an open conversation and for students to have the right to take this social studies elective in recognition of the times we live in,” Patricia O’Neill, another board member, said.

After the initial implementation, the school will use feedback to determine the course’s success, Murphy said, according to WTOP News.