Democratic Arizona Senate candidate Mark Kelly has avoided questions concerning investments made by a Chinese technology conglomerate to a space exploration company he co-founded, according to a report from Real Clear Politics (RCP).

Kelly is a co-founder of World View Enterprises, a start-up originally designed to provide near outer-space tours to private citizens for $75,000 per person, but now focuses on contracts with the U.S. government, RCP reports. In 2014, the company received an unknown investment amount from the Chinese multinational giant, Tencent Holdings Ltd — the company responsible for temporarily suspending NBA streaming in China last year over a league manager expressing support for protesters in Hong Kong.

Again, in 2016, World View received additional funding from Tencent during a $15 million investment round, RCP reports. Kelly, until he started running for Senate in Arizona, was an adviser for World View and still has investments in the company ranging from $100,000 to $250,000, according to a financial disclosure record filed in July of 2019. (RELATED: Confirmed: China Pressured WHO Against Declaring Coronavirus Global Health Emergency) 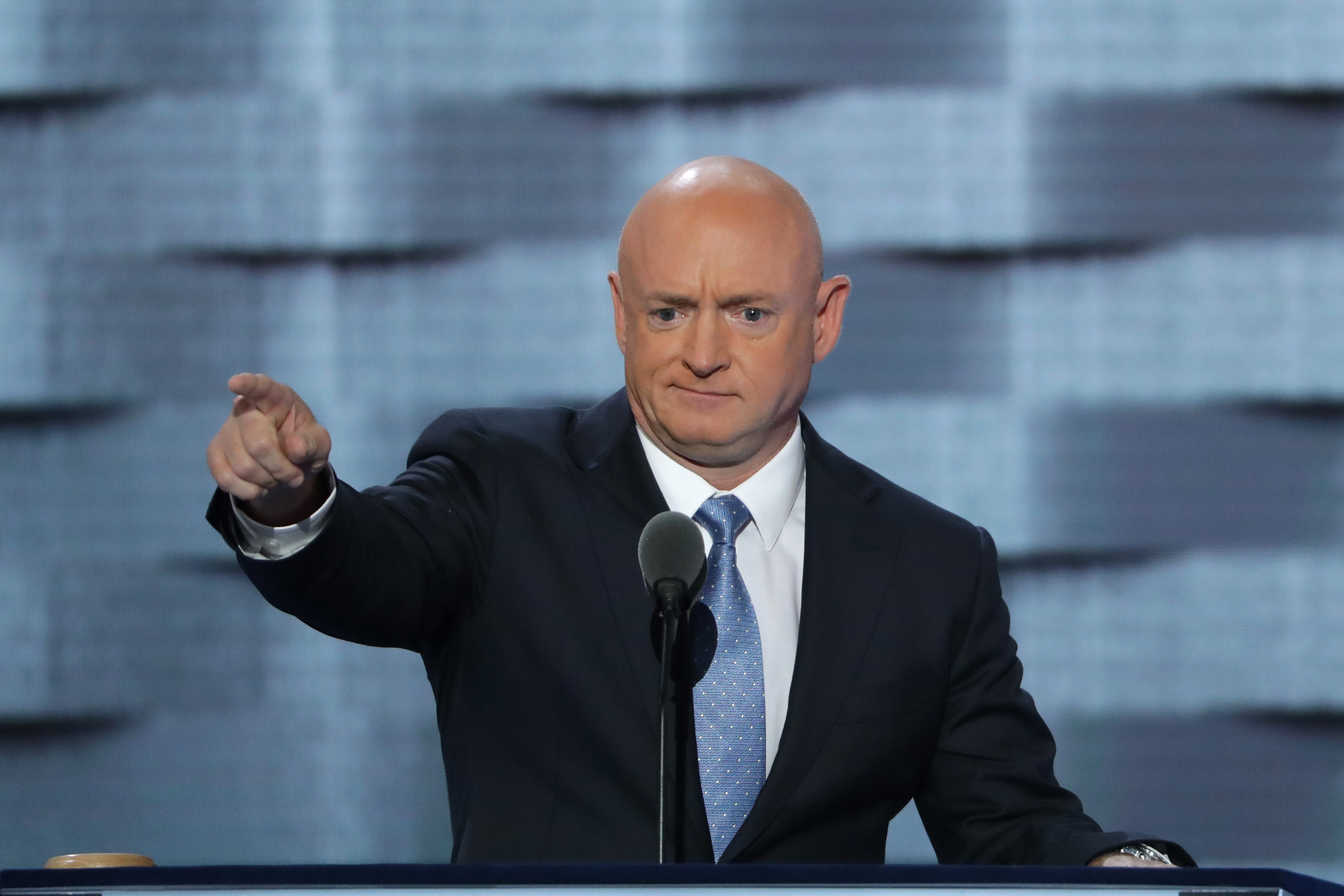 PHILADELPHIA, PA – JULY 27: Retired NASA Astronaut and Navy Captain Mark Kelly delivers remarks on the third day of the Democratic National Convention at the Wells Fargo Center, July 27, 2016 in Philadelphia, Pennsylvania. Democratic presidential candidate Hillary Clinton received the number of votes needed to secure the party’s nomination. An estimated 50,000 people are expected in Philadelphia, including hundreds of protesters and members of the media. The four-day Democratic National Convention kicked off July 25. (Photo by Alex Wong/Getty Images)

When Real Clear Politics asked a Kelly campaign spokesperson about the significance of Tencent’s investments, the spokesperson told the outlet they would need to instead speak with World View. RCP reported the following: “A company spokeswoman downplayed Tencent’s level of investment, saying it came from Tencent subsidiary Mount McKinley, ‘an early investor,’ which now maintains ‘less than 5% in common stock.'”

She continued telling RCP, “They do not have a seat on the board, means of control, or any access to inside information about the company or its technology.” The spokeswoman noted that since World View had begun accepting defense applications they have not received any funding from abroad.

“World View has not taken foreign investment and has reported all foreign interest and its entire ownership structure to the Defense Counterintelligence Security Agency to obtain security and facility clearance,” the company representative reportedly continued.

However, when the outlet pressed them on the exact amount of money they received from Tencent investments, the spokesperson told RCP to ask Mount McKinley —  which has the same address as Tencent, according to RCP. Later, Mount McKinley declined to comment to the outlet on the matter.

The Daily Caller has sent requests for comment to Kelly’s campaign, World View Enterprises and Tencent Holdings, respectively, and will update the article if the parties respond.

Back in March, Republican Sens. Ted Cruz and Josh Hawley both introduced legislation that would ban U.S. government employees from using telecommunications services provided by Chinese companies including Tencent, according to The Hill. (RELATED: Josh Hawley Introduces A Bill Cracking Down On Big Tech Exports To China)

“Companies like Tencent and Huawei are espionage operations for the Chinese Communist party, masquerading as telecom companies for the 21st century,” Cruz said, according to The Hill. “Prohibiting the use of these platforms and stopping taxpayer dollars from being used to capitalize Chinese espionage infrastructure are common sense measures to protect American national security.”

Tencent is the creator of the popular Chinese messaging app WeChat, which has come under scrutiny recently due to reports that the service has been censoring keywords regarding the coronavirus pandemic in China since January, according to BuzzFeed.

Kelly is a former NASA astronaut known for leading one of the last space shuttle missions and is also the husband of former Democratic Arizona Rep. Gabby Giffords. He is currently running against GOP incumbent Sen. Martha McSally in a special Arizona election to fill the senate seat of the late John McCain.