Republican lawmakers are urging the Department of Defense to protect religious liberty of U.S. service members during the coronavirus pandemic.

Republican Reps. Doug Collins of Georgia and Doug Lamborn of Colorado led 18 other lawmakers in sending a letter Thursday asking Secretary of Defense Mark Esper to protect religious liberties within the armed services, which have been targeted by the Military Religious Freedom Foundation (MRFF), according to the lawmakers.

“Despite these Federal mandates and guidance from the Army Chaplain Corps, commands have taken action that restrict the religious freedoms of military chaplains and service members,” the letter says. “This pattern of behavior must be addressed.”

The MRFF is an organization “solely dedicated to fighting for the constitutionally guaranteed separation of church and state for our U.S. military service members,” founder and president of the MRFF Mikey Weinstein told the Daily Caller News Foundation.

Collins said the MRFF is “anti-religious group with a reputation for preying on military chaplains,” and told the Daily Caller News Foundation in an interview that the organization has “actively exploited the current pandemic to attack our nation’s service members” in recent weeks.

“These attacks are deeply concerning and threaten the very freedoms our service members fight to protect,” Collins said. “I’m calling on the Department of Defense to take action to ensure our military is protecting the religious liberty of its members.”

Weinstein slammed both the letter and the lawmakers in an interview with the DCNF, saying Thursday that the letter is signed by “extreme, right-wing, conservative congressmen.”

“This is nothing more than red meat being thrown to the bigoted and prejudiced bullies who support these people in an election year,” Weinstein said.

MRFF does not go looking for cases violating the separation of church and state, Weinstein said. “They come to us,” he said.

In one case, the MRFF demanded that Esper initiate a review into the actions of a garrison chaplain at Camp Humphreys in South Korea, Col. Moon H. Kim, because Kim “authored an email to his chaplain colleagues including a PDF of a faith-based book he thought may help them and the families they serve.” 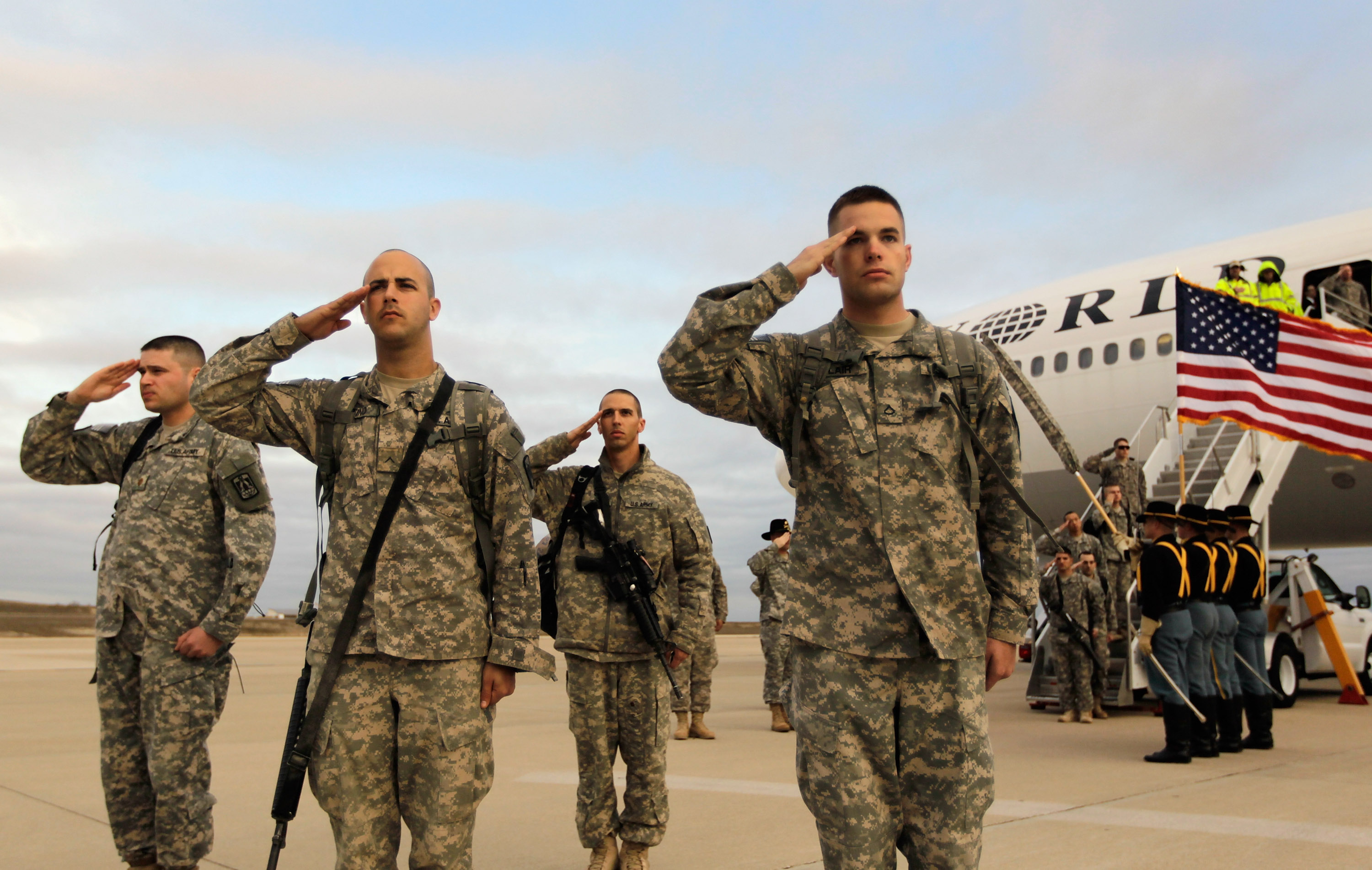 FORT HOOD, TX – DECEMBER 16: U.S. Army soldiers from the 2-82 Field Artillery, 3rd Brigade, 1st Cavalry Division, salute after walking off the plane as they arrive at their home base of Fort Hood, Texas after being part of one of the last American combat units to exit from Iraq on December 16, 2011 in Fort Hood, Texas. The U.S. military formally ended its mission in Iraq after eight years of war and the overthrow of Saddam Hussein. (Photo by Joe Raedle/Getty Images)

In another incident that the lawmakers cited, the MRFF sent demand letters that resulted in the removal of Facebook videos posted by Capt. Amy Smith and Maj. Scott Ingram from the Army’s 10th Mountain Division Sustainment Brigade in Fort Drum, New York, as well as a Maj. Christian Goza from Redstone Arsenal in Alabama.

Those Facebook videos included “protected religious expression,” according to the letter.

Weinstein directed the DCNF to a press release on Goza’s video, described as “the proselytizing video” and celebrates its removal.

“In the weeks since this global health crisis began, [McGraw’s] preaching has drawn growing crowds of his neighbors seeking solace in faith,” the letter said. “Lt. Col. McGraw’s actions are within his rights under the First Amendment and we were concerned to discover that his command and MRFF pressured Lt. Col. McGraw into halting his Sunday services.”

“Even more concerning, MRFF is now calling for him to be disciplined and brought before a military court-martial,” the lawmakers said. “The command at USAG Stuttgart unlawfully halted Lt. Col. McGraw’s services to appease an anti-faith organization. Lt. Col. McGraw should be allowed to continue his Sunday morning preaching and hymn-singing immediately.”

The lawmakers note in the letter that they are “growing frustrated” as military leaders may be violating religious liberty and the intent of Congress related to military chaplains, “often out of ignorance.”

“Far too often, commanders react in a knee-jerk fashion to loud complaints from vocal anti-religion activists only to have their decisions immediately overturned upon scrutiny, but often only after congressional intervention pressing the Services to adhere to their own regulations (let alone the Constitution),” the letter adds. “This must end.”

Weinstein told to the DCNF that issues are brought to his organization by active duty members of the military, “most of whom are Christians.” Each time the MRFF brings a complaint before the military, the military carefully examines the MRFF’s claims and agrees that what was happening occurred at the wrong time, place, and manner, Weinstein said.

“We don’t care about anybody’s belief in Jesus or Allah or Yahweh or Spiderman or the flying spaghetti monster,” Weinstein said. “We only care about one thing, and that’s the time, the place and the manner in which a member of the military feels that they have the right to deploy their faith or their non-faith tradition.”