The Trump administration is preparing an order that will extend current border restrictions indefinitely, until a top public health official declares the novel coronavirus is no longer a threat, The New York Times reported Wednesday.

The White House plans to keep border restrictions in place until it decides the coronavirus outbreak is not a significant threat to the public anymore, according to a draft of a public health order obtained by the NYT. If such an order is implemented, it would remove any concrete timetable to open up the U.S.-Mexico border to non-essential traffic.

“I am extending the duration of the order until I determine that the danger of further introduction of Covid-19 into the United States has ceased to be a danger to the public health,” a copy of the draft order reads. The order is under review by several agencies, the NYT reported. (RELATED: ‘Irresponsible And Cruel’: Democrats Demand Halt On Deportations To Haiti)

In response to the coronavirus pandemic, which has so far killed more than 297,000 people across the world, the Trump administration on March 20 shut down northern and southern borders to all non-essential traffic for 30 days. This order was extended for another 30 days on April 20.

The proposed order, handed down by the Centers for Disease Control (CDC), only permits “essential” cross-border travel, according to the NYT. Essential border crossing includes travel for medical and educational purposes, emergency response operations, public health services, and anyone engaged in “lawful cross-border trade.” 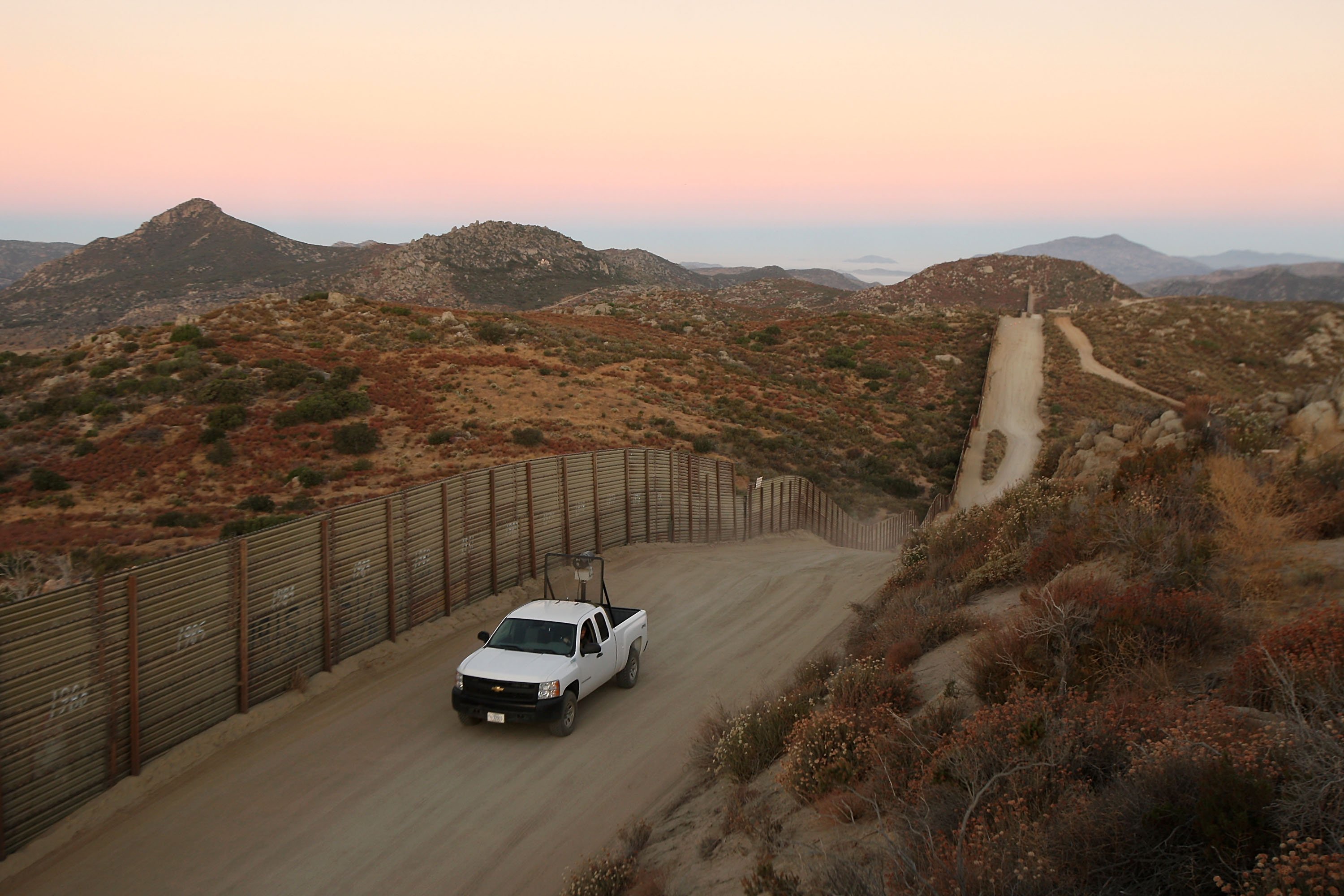 A US Border Patrol agent searches for tracks after a night of surveillance using night-vision equipment as agents carry out special operations near the US-Mexico border fence following the first fatal shooting of a US Border Patrol agent in more than a decade on July 30, 2009 near the rural town of Campo, some 60 miles east of San Diego, California. (Photo by David McNew/Getty Images)

The border restrictions also do not permit anyone to enter the country if they do not have proper documentation — meaning illegal aliens will not be accepted if they reach the U.S. border. This provision in particular has resulted in a rapid return of illegal entrants and a steep drop in illegal border crossings altogether.

Now the administration is looking to extend the restrictions for an indefinite amount of time, under the auspices of CDC director Dr. Robert Redfield.

Once the public health order is issued, the border restrictions would stay in place until Redfield determines that the disease is no longer a danger to the American public, according to the NYT.

It was immediately clear when, or if, the administration will issue the health order. It could be implemented in the coming days, given the current border restriction is set to expire on May 21.