Multiple NAACP branches have sent a letter to Michigan state Sen. Dale Zorn after he wore a face mask of a Confederate flag in late April.

The NAACP branches sent a letter to Zorn calling his actions “insensitive to his constituents” and “inappropriate for any elected official,” according to CNN.

The Republican senator wore the face mask on the Michigan Senate floor on April 24th and released a statement on Twitter the next day. “My actions were an error in judgment for which there are no excuses and I will learn from this episode,” said Zorn in the statements. (RELATED: Seattle Cop Placed On Administrative Leave After Bill Of Rights Video Goes Viral)

I’m sorry for my choice of pattern on the face mask I wore yesterday on the Senate floor. I did not intend to offend anyone; however, I realize that I did, and for that I am sorry. Those who know me best know that I do not support the things this pattern represents.

“Following your actions, protestors wave Confederate flags and incited violence at the State Capitol,” said the letter, according to CNN, in reference to recent protests against the coronavirus lockdown orders put in place by Democratic Michigan Gov. Gretchen Whitmer during which both Confederate flags and swastikas were displayed. 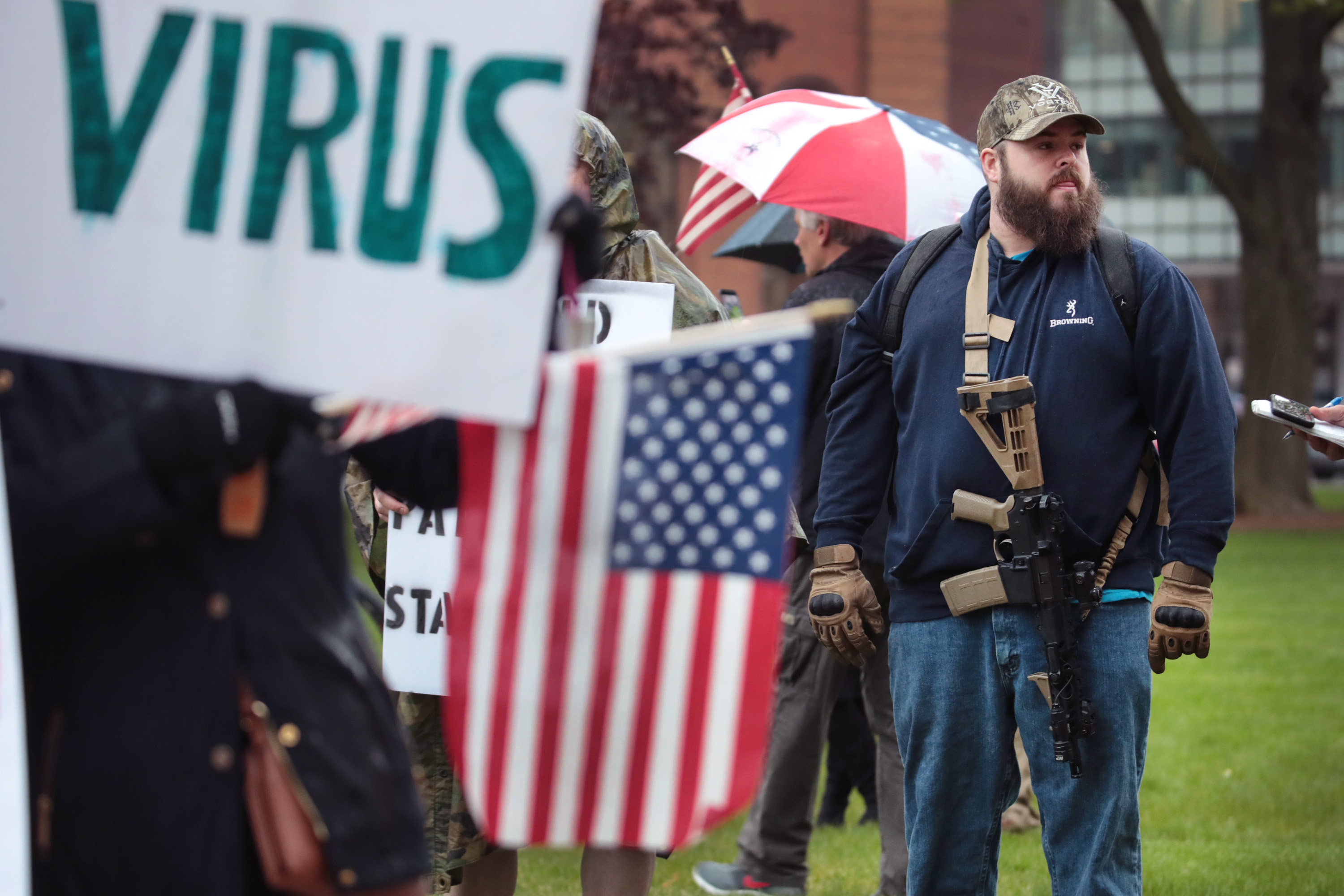 LANSING, MICHIGAN – MAY 14: Demonstrators hold a rally in front of the Michigan state capital building to protest the governor’s stay-at-home order on May 14, 2020 in Lansing, Michigan. (Photo by Scott Olson/Getty Images)

Zorn told WLNS, an affiliate of CNN, that the flag was not in fact the Confederate flag and was something made by his wife. Zorn also said “even if it were a Confederate flag, it represents a part of our history and we should be teaching about the atrocities that happened during that time so it doesn’t happen again.”

Michigan remained in the Union and fought against the Confederacy during the Civil War. 14,343 soldiers from Michigan were killed in the Civil War, according to the Michigan Department of Military & Veterans Affairs.

The Daily Caller reached out for a comment from the NAACP, the Michigan NAACP chapters in Grand Rapids, Detroit, and Lansing, as well as the Senator’s office, but they have not yet responded.