Instead, the chamber voted to pass another bill that renews the court’s authority with some added constraints, Reason.com reported.

The entire FISA warrant system was jolted by an inspector general’s (IG) report from the Department of Justice that found “significant” errors and omissions in four applications that the FISA court received to authorize surveillance of Carter Page, a former campaign advisor to then-presidential candidate Donald Trump.

Paul’s legislation would have amended The Foreign Intelligence Surveillance Act of 1978 and would have prevented the FBI from spying on Americans with any of the surveillance methods that the FISA court allows. The bureau, as well as the National Security Agency, would have been forced to seek authorization and obtain a warrant from regular federal government courts.

The libertarian senator pointed to the injustice suffered by Page and the fact that the FBI court “manipulated and lied to” the FISA court in order to get a warrant. 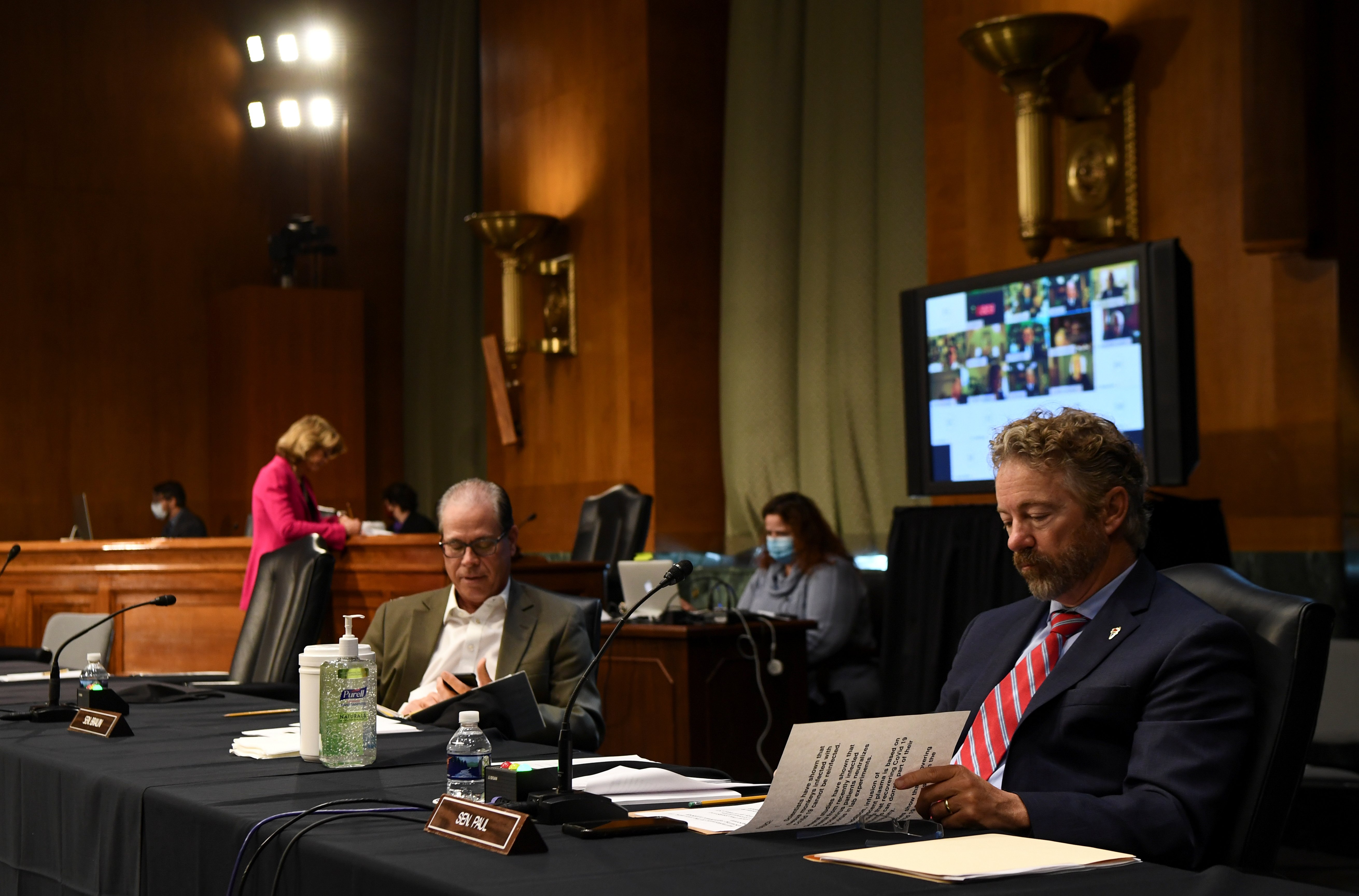 U.S. Senator Rand Paul (R-KY) looks over his notes during the Senate Committee for Health, Education, Labor, and Pensions hearing on the coronavirus disease (COVID-19) response, in Washington, U.S., May 12, 2020. Toni L. Sandys/Pool via REUTERS

“We should all be appalled at this abuse of power,” Paul said, according to Reason.com,  warning that the FISA court can contravene the Fourth Amendment rights of Americans affected — who don’t even know they being subject to surveillance. “That’s not constitutional and we can’t make it constitutional,” Paul told his Senate colleagues. (RELATED: FISA Surveillance Requests Are Almost Never Rejected)

The Senate did approve a bill Thursday that would place some constraints upon the federal government’s surveillance authority. The legislation, passed 80-16, prevents federal agencies from doing mass seizures of Americans’ online and cell phone data.

The legislation’s renewal came with another sunset clause, with future examination of the bill slated for December 2023, Reason noted.

The Daily Caller has called Paul’s office for comment on Thursday’s developments and is awaiting a response.