President Donald Trump tweeted his fury after Dr. Rick Bright, a Health and Human Services (HHS) doctor, appeared on CBS News’ “60 Minutes” Sunday to criticize the president’s response to the coronavirus as slow.

Trump accused Bright and “60 Minutes” on Monday of “doing everything in their power to demean our Country, much to the benefit of the Radical Left Democrats” and accused Bright of being “yet another Fake ‘Whistleblower,’ a disgruntled employee who supports Dems [and] fabricates stories … ”

.@60Minutes & third place anchor, @NorahODonnell, are doing everything in their power to demean our Country, much to the benefit of the Radical Left Democrats. Tonight they put on yet another Fake “Whistleblower”, a disgruntled employee who supports Dems, fabricates stories, &…

Trump called the interview, “Fake News!” He described Bright as a “creep” and asked how he can “show up to work tomorrow & report to @SecAzar, his boss, after trashing him on T.V.?” (RELATED: ‘I Believe Lives Were Lost’ — Dr. Bright Rips Into Trump Admin Over Masks, Says Nurses Are Still Not Protected)

….spews lies. @60Minutes report was incorrect, which they couldn’t care less about. Fake News! I don’t know this guy, never met him, but don’t like what I see. How can a creep like this show up to work tomorrow & report to @SecAzar, his boss, after trashing him on T.V.?….

Bright was the director of the Department of Health and Human Services’ Biomedical Advanced Research and Development Authority (BARDA) at HHS until his removal earlier this month.

Bright insisted that the Trump administration was slow to reacting to the growing threat of the coronavirus: “my sense of urgency didn’t seem to prevail across all of  HHS,” he said. He specifically said HHS Sec. Alex Azar ignored Bright’s warnings about the potential danger of the virus.

“Remember, the entire leadership was focused on containment. There was a belief that we could contain this virus and keep it out of the United States. Containment doesn’t work,” Bright said on “60 Minutes.”

“Containment does buy time. It could slow, it very well could slow the spread. But while you’re slowing the spread, you better be doing something in parallel to be prepared for when that virus breaks out. That was my job,” he continued. 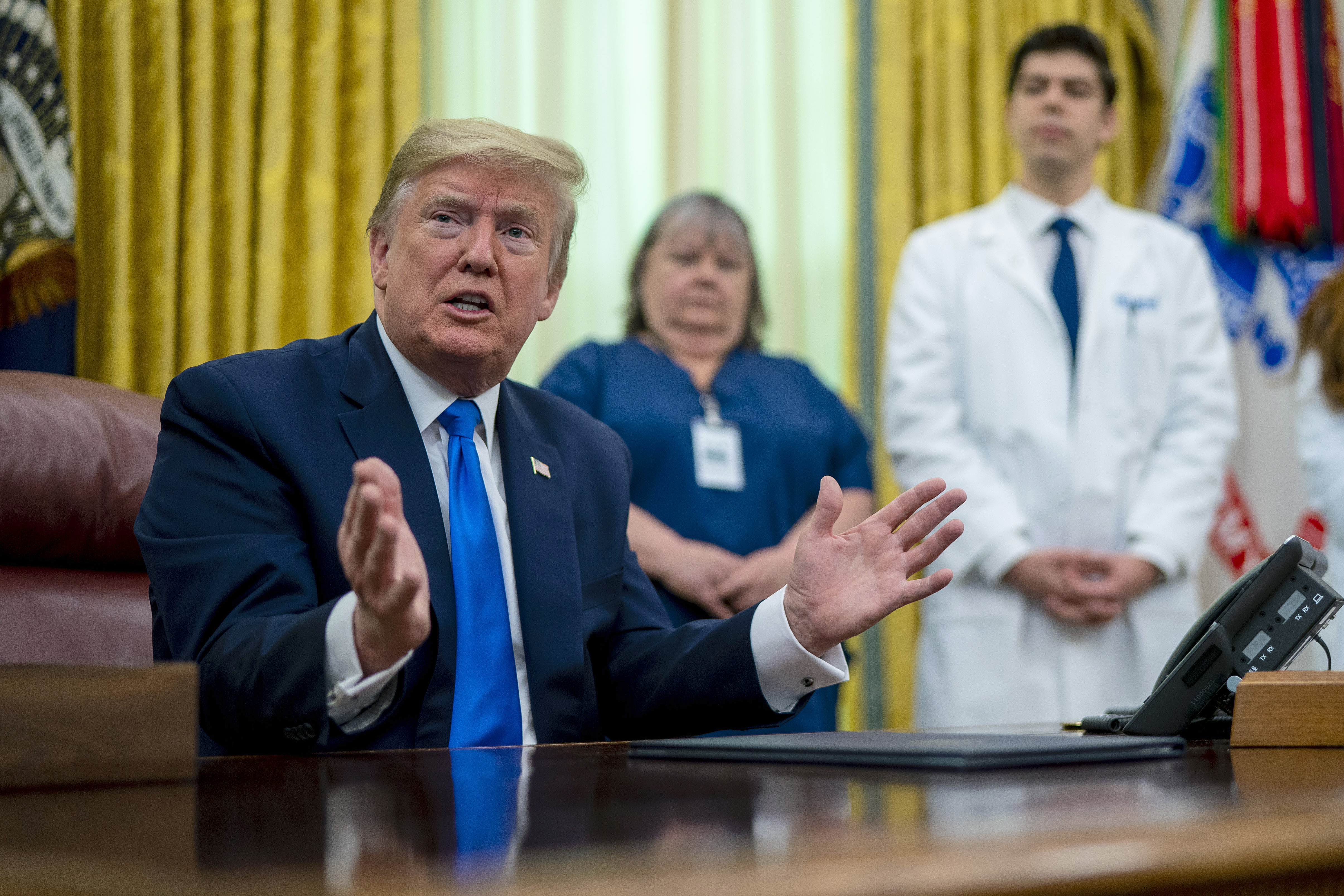 As the novel coronavirus pandemic continues in the United States, President Donald Trump talks to journalists after signing a proclamation honoring National Nurses Day in the Oval Office at the White House May 06, 2020 in Washington, DC. (Photo by Doug Mills-Pool/Getty Images)

Bright said he believes that his opposition to the anti-malarial drug hydroxychloroquine was responsible for his demotion.

“I believe my last-ditch effort to protect Americans from that drug was the final straw that they used and believed was essential to push me out,” he said. (RELATED: HHS Doctor Claims He Was Demoted For Skepticism On Hydroxychloroquine)

White House press secretary Kayleigh McEnany has criticized Bright for having a highly selective memory about the administration’s work to combat the COVID-19 virus, ignoring the steps that Trump took to protect Americans.

After the doctor testified before the House Energy and Commerce Committee, she said, “It sounds like Mr. Bright hasn’t really been paying much attention at all.”