Italians returned to restaurants, salons and shops Monday after a 10-week lockdown aimed at slowing the spread of the coronavirus, Reuters reported.

Espresso bars and hair salons were open again after being closed for over two months to slow the spread of the coronavirus, which ravaged Italy and took nearly 32,000 lives, according to Reuters. 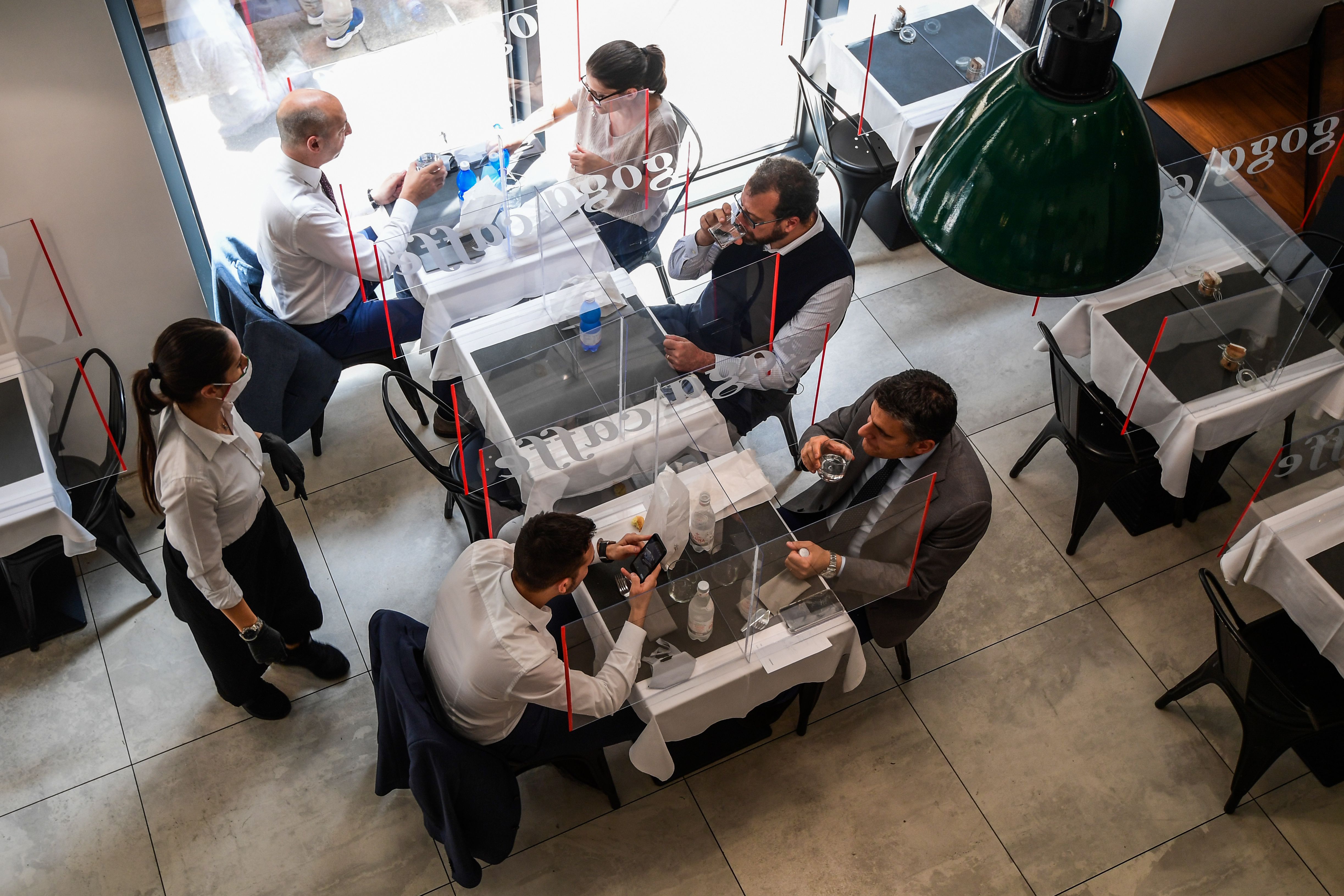 A general view shows people having lunch at tables partitioned with plexiglas at the Goga Cafe on May 18, 2020 in central Milan. (Photo by MIGUEL MEDINA/AFP via Getty Images)

Italians can now travel without limit in individual regions and are also able to attend church masses again while wearing mandatory face masks. Churches will also not be able to have choirs, the sign of the peace or full holy water fonts in order to maintain social distancing and sanitation protocols. (RELATED: Italy To Begin Reopening Church Masses To The Public)

Similarly, tables at restaurants are expected to be at least 6.5 feet apart from each other and guests must be more than 3 feet apart. Restaurants can only use single-use, paper menus and all reusable tools like salt shakers or olive oil jugs must be routinely disinfected after each use.

Italian cafes and restaurants have lost at least $27 billion (€25 billion) in sales because of the nationwide shutdowns, amounting to 28% of annual sales, according to the Wall Street Journal.

Italy was the first European country to impose nationwide orders, which were later relaxed May 4, allowing 4.5 million Italians to return to work when factories and parks reopened. 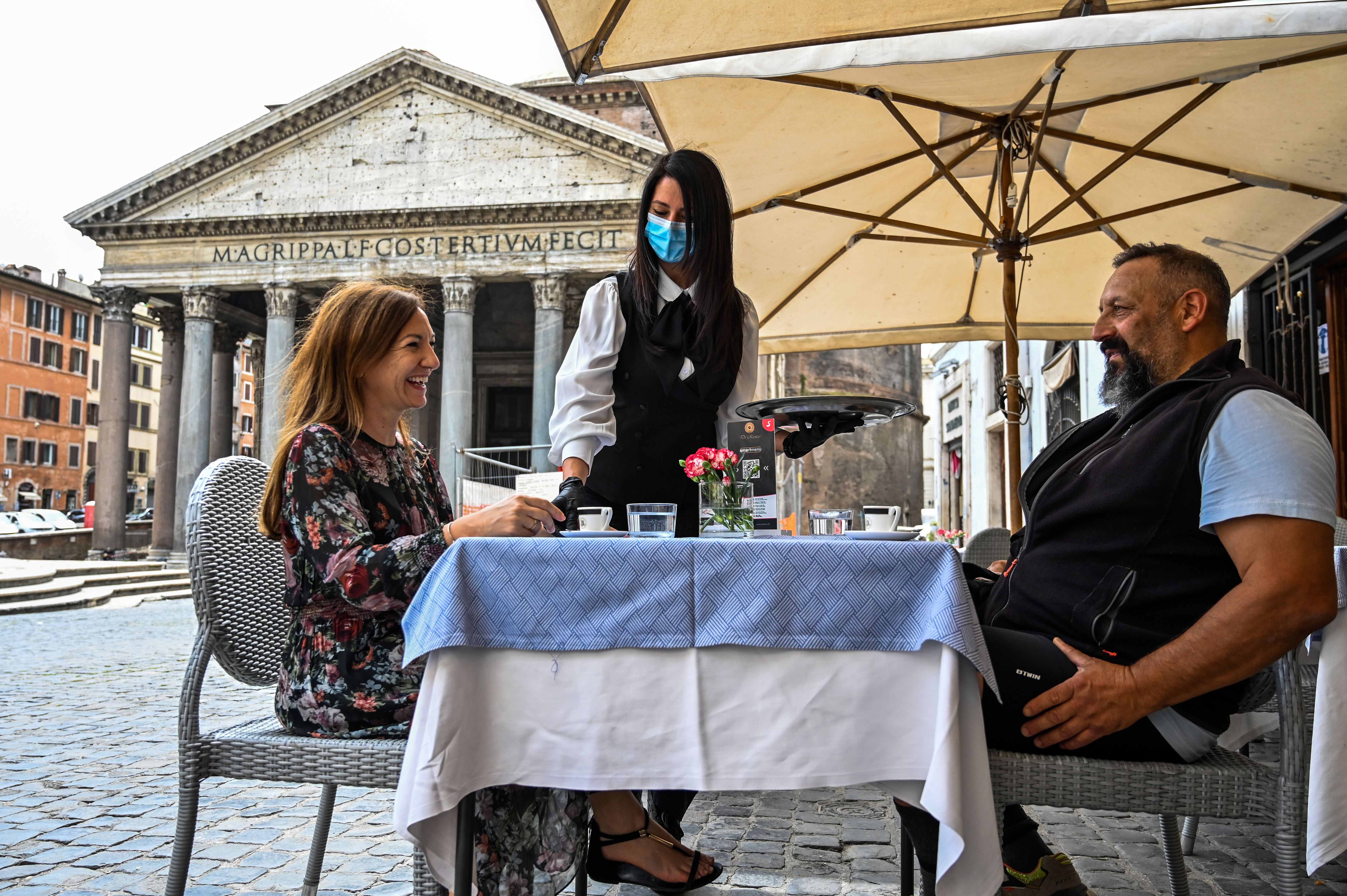 A waiter serves coffee to customers at a cafe terrace by the Pantheon monument in central Rome on May 18, 2020. (Photo by ANDREAS SOLARO/AFP via Getty Images)

The Italian government has said it will reopen its borders with Europe June 3.

A handful of other European countries have also begun reopening, including Austria and Spain. Restaurants and bars were among the businesses that were allowed to reopen in some parts of Spain, another European country that was a focal point of the outbreak in Europe.