The request came during the NBA’s Inside Stuff ‘90s Reunion, which brought together players like Shaquille O’Neal, Charles Barkley, David Robinson, Gary Payton, and John Stockton, according to KSL Sports. “I need to say this because I know that Stockton and I have been talking a lot recently,” Malone said on the livestream, “Coach Sloan is not doing well, so I want you guys to pray for coach Sloan.” (RELATED: Kobe Bryant Showed Up To Practice Just To Say Goodbye To Players Getting Traded The Next Day)

Jerry Sloan was amazing to be around. He would come eat in the media room before every game and chat with the scribes he was comfortable with. Imagine talking to a NBA coach pre-game now and getting some insight, life talk and great jokes.

Jerry Sloan has been mostly out of the public eye since he was diagnosed with Parkinson’s disease and Lewy body dementia in 2016. He went to a few Utah Jazz practices and games since then, but his visits have become less and less frequent. Fans and players have since tried to get a statue of Sloan built at Vivint Smart Home Arena to commemorate his 22 years coaching the Utah Jazz. 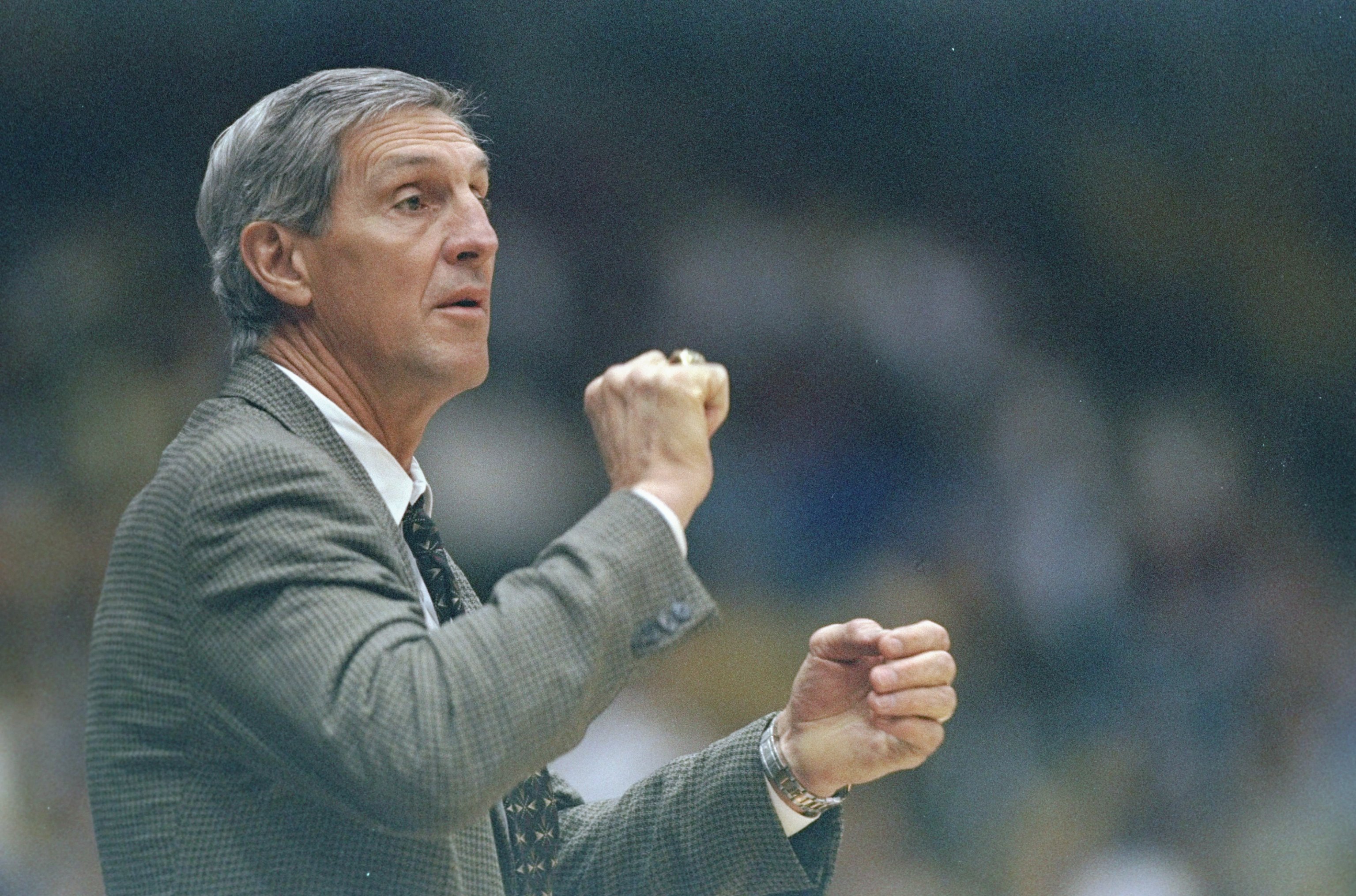 22 May, 1998: Coach Jerry Sloan of the Utah Jazz looks on during the NBA Western Conference Finals at the Great Western Forum in Inglewood, California. Mandatory Credit: Jed Jacobsohn /Allsport