The Saudi national who shot three Americans at a military base in Pensacola, Fl., in December had been in contact with al-Qaida before the attack, according to law enforcement officials.

Cell phone evidence links Second Lt. Mohammed Saeed Alshamrani, a Saudi Air Force cadet who trained at the Naval Air Station Pensacola alongside American military officials, to the terrorist organization, according to government officials who spoke with the New York Times. The FBI has discovered cell phone communication between Alshamrani and an al-Qaida operative before the December 2019 shooting spree.

The evidence was uncovered after investigators passed through the encryption on one of two phones belonging to the gunman, according to the sources. Apple reportedly did not help investigators bypass the security features, the NYT reported. 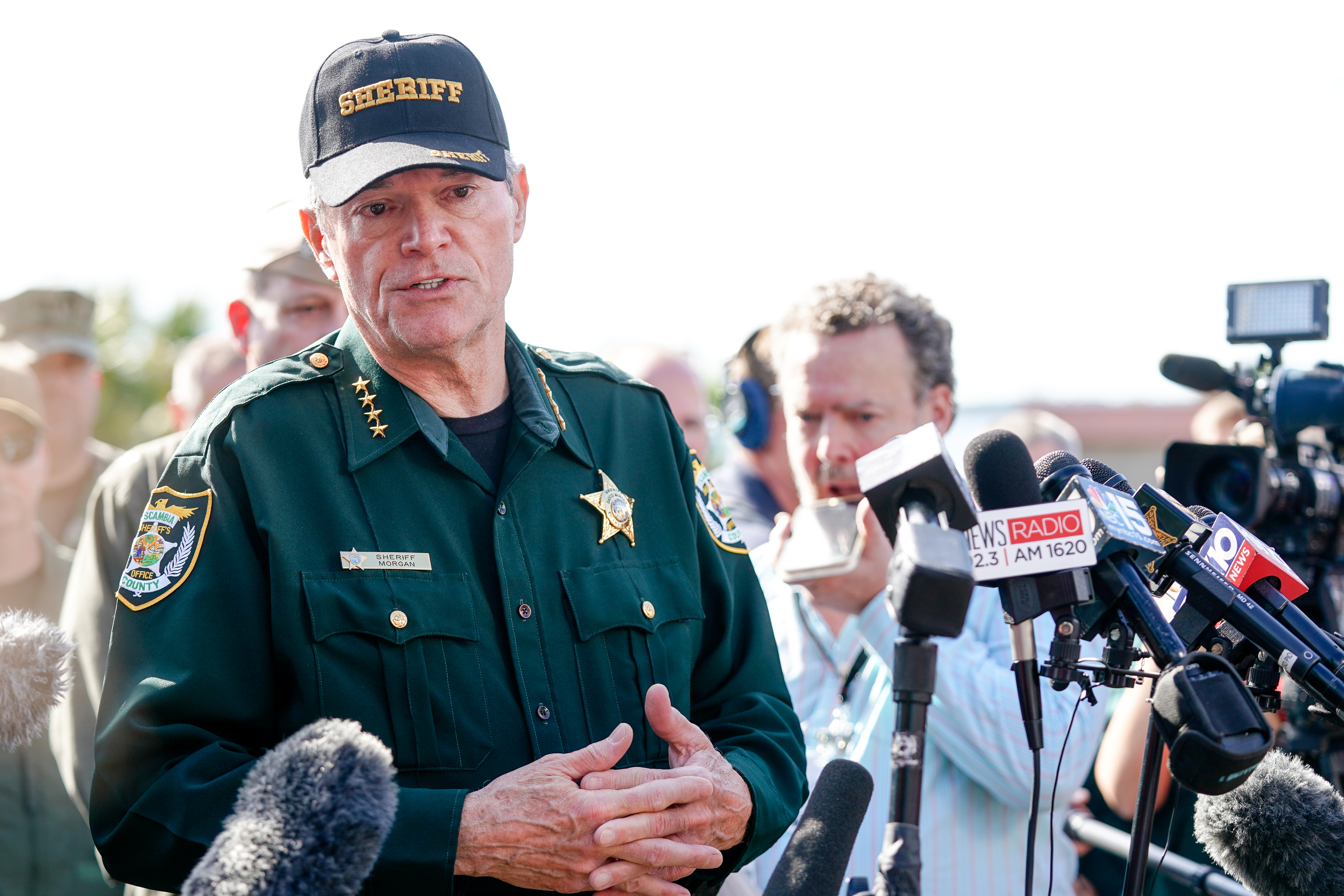 PENSACOLA, FLORIDA – DECEMBER 06: Escambia County Sheriff David Morgan speaks to press following a shooting on the Pensacola Naval Air Base on December 06, 2019 in Pensacola, Florida. The second shooting on a U.S. Naval Base in a week has left three dead plus the suspect and seven people wounded. (Photo by Josh Brasted/Getty Images)

It was not immediately clear to what degree the al-Qaida operative directed Alshamrani to carry out the deadly December 6 shooting, which ultimately killed three sailors and wounded another eight individuals. However, an audio recording discovered this year included the chief of al-Qaida in the Arabian Peninsula claiming responsibility for the attack.

Alshamrani, a member of the Saudi Royal Air Force, had obtained a state hunting license and bought a Glock 45 9-millimeter handgun, which was used in the deadly shooting.

The attack prompted U.S. lawmakers to demand a change in how foreign military students are vetted. After the shooting, federal authorities began to investigate whether Alshamrani might have been radicalized after a trip to Saudi Arabia in 2018.