The CT-114 Tutor jet crashed after taking off from the airport, where the Snowbirds were in the midst of a cross country coronavirus tour to promote optimism in the face of the killer disease. The plane crashed and exploded into flames not far from a house in the local community, CBC News reported. 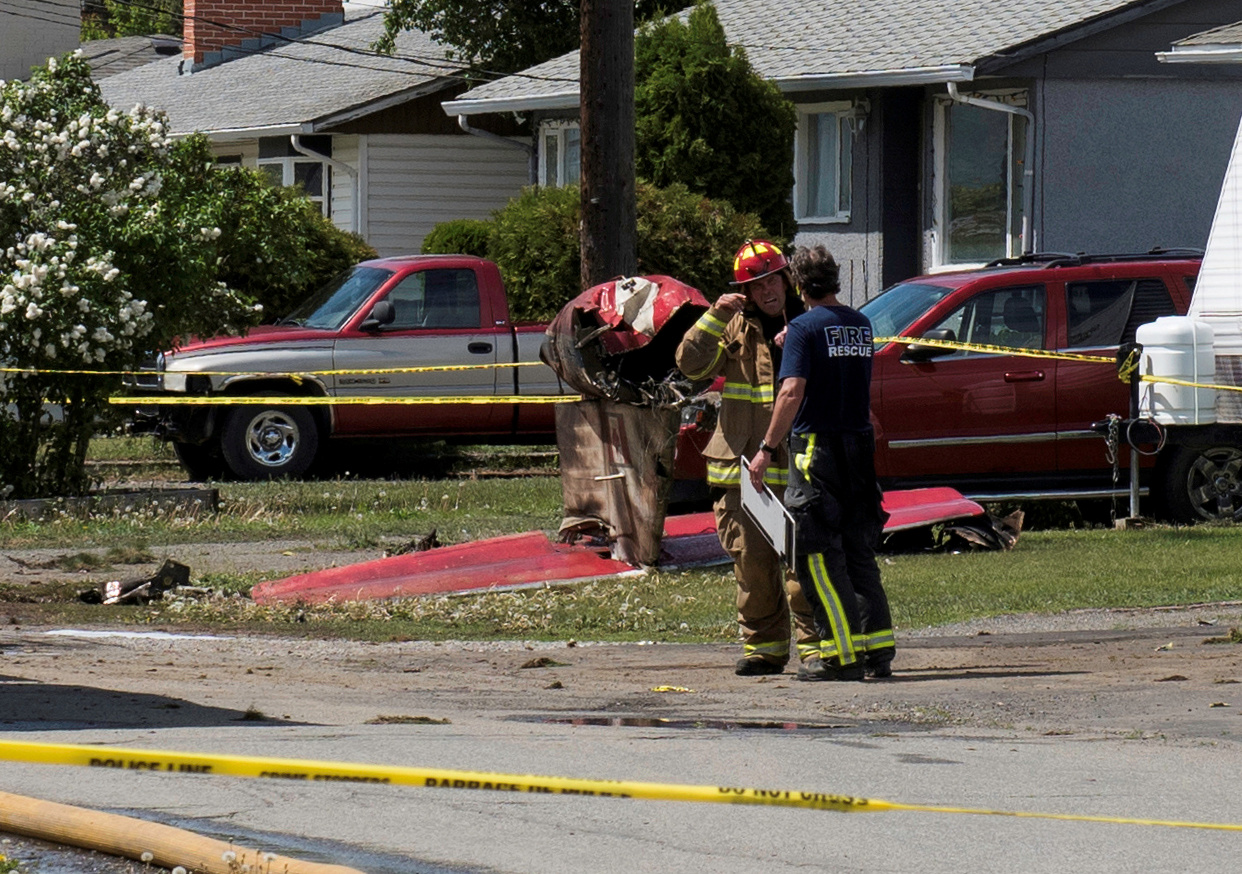 Fire officials talk in a residential neighbourhood street in front of the tail wreckage from a Royal Canadian Air Force Snowbirds jet after a member of the exhibition team crashed shortly after takeoff in Kamloops, British Columbia, Canada May 17, 2020. REUTERS/Dennis Owen

The RCAF tweeted out the news of the accident Sunday “with heavy hearts,” after notifying the next of kin of Capt. Jenn Casey’s consequent death.

It is with heavy hearts that we announce that one member of the CF Snowbirds team has died and one has sustained serious injuries. We can confirm that we have contacted all primary family members of those involved. More information will be communicated in the near future.

Pilot Capt. Richard MacDougall ejected from his plane and was only injured in the crash. He was taken to hospital where he is expected to have a full recovery.

Although the Snowbirds have thrilled millions not only in Canada but at air shows in the United States, they have suffered relatively few crashes over their 49 year history. The RCAF tweeted its condolences to the family and friends of Casey Monday. (RELATED: Trudeau Issues Veiled Threat To Missouri Governor Over Super Hornet Contract)

The RCAF has suffered another tragic loss of a dedicated member of the RCAF team. We are deeply saddened and grieve alongside Jenn’s family and friends. Our thoughts are also with the loved ones of Captain MacDougall. We hope for a swift recovery from his injuries. – Comd RCAF pic.twitter.com/8U41bdVqcU

The Snowbirds are considered to be Canada’s equivalent of the U.S. Navy Blue Angels or U.S. Air Force Thunderbirds precision aerobatic demonstration teams. The Canadian squadron continues to fly the Tutor aircraft due to its smaller size greater maneuverability in tight aerobatic formation. 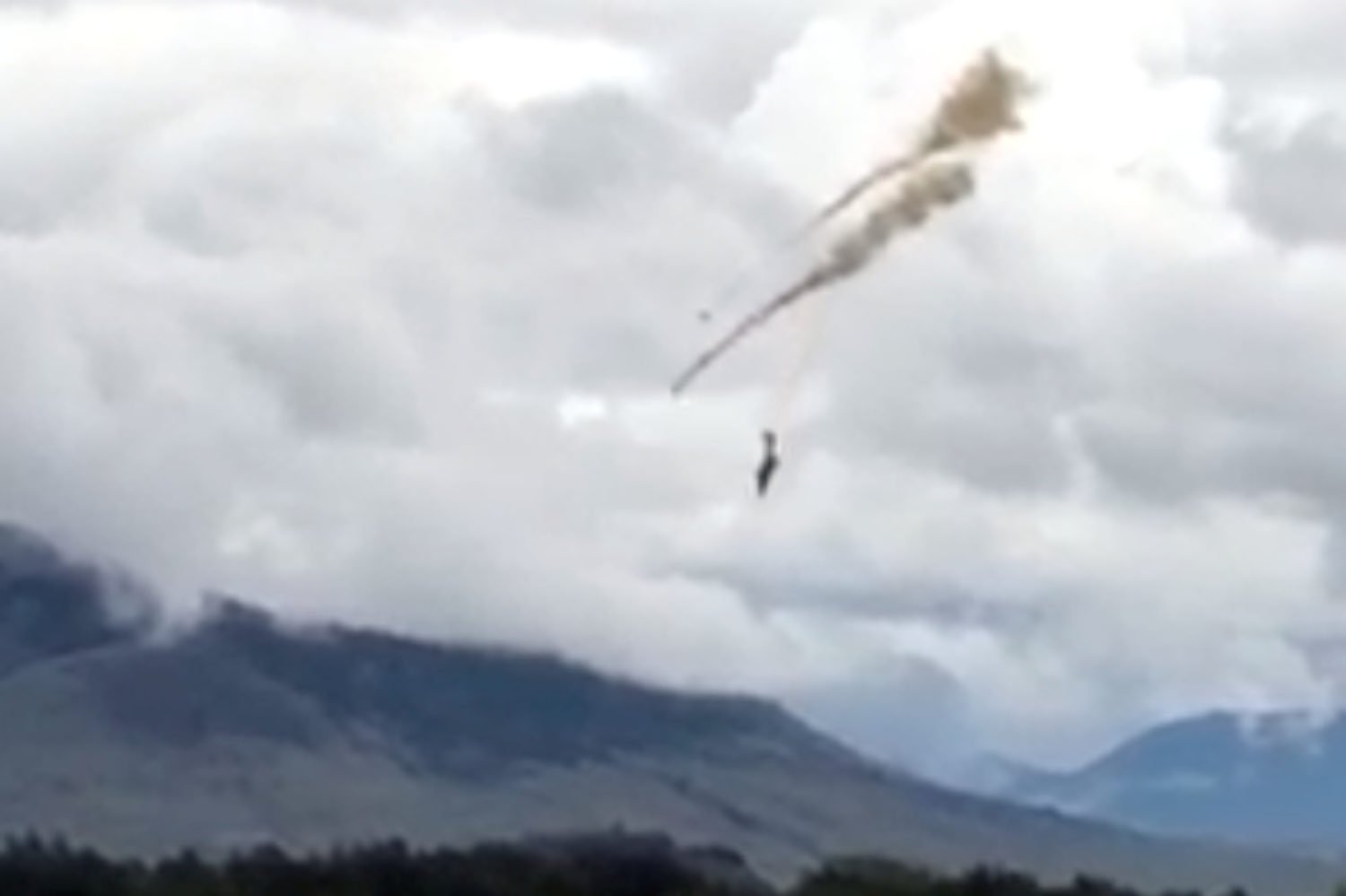 A plane of the Royal Canadian Air Force’s Snowbirds aerobatic demonstration team is seen prior crashing in Kamloops, British Columbia, Canada May 17, 2020, in this still image obtained from a social media video. Shannon Forrest/via REUTERS

Canadian Prime Minister Justin Trudeau issued a statement Sunday to express that he is “deeply saddened” over the loss and praised the quick reaction time of first responders in Kamloops, CBC noted.

“For the past two weeks, the Snowbirds have been flying across the country to lift up Canadians during these difficult times,” Trudeau said. (RELATED: Auditor General Rips Trudeau Government Over Air Force Combat Capability)

“Every day, they represent the very best of Canada and demonstrate excellence through incredible skill and dedication. Their flyovers across the country put a smile on the faces of Canadians everywhere and make us proud.”

Canada’s Transportation Safety Board has offered its assistance to the RCAF in investigating the cause of the crash, CBC reported.