Annie died at a nursing home close to St. Paul, Minnesota, according to Hank Wilson, a spokesman for the Glenn College of Public Affairs at The Ohio State University, the Associated Press reported. Wilson said she had moved to the home to be near her daughter. She was 100-years-old at the time of death.

In 1962, Annie Glenn found herself in the spotlight when her husband John took his famous flight on NASA’s Friendship 7, but originally avoided media attention due to her speech impediment. According to the John Glenn College of Public Affairs biography, her stutter was so severe that it made her afraid of doing things like talking on the phone or going shopping. (RELATED: What Made John Glenn Great)

She became an advocate for those with communication disorders and has been honored across the country for her advocacy efforts. She worked as an adjunct professor at The Ohio State University’s Department of Speech and Hearing Science and was awarded an honorary Doctorate of Public Service in 2009. The Annie Glenn Award, which is given to those who overcome communication disorders, was created in her honor.

Rebecca McCauley, a professor at the Department of Speech and Hearing Science, said that Annie “was incredibly inspirational to students, many who had not had that much contact with people who stutter.” 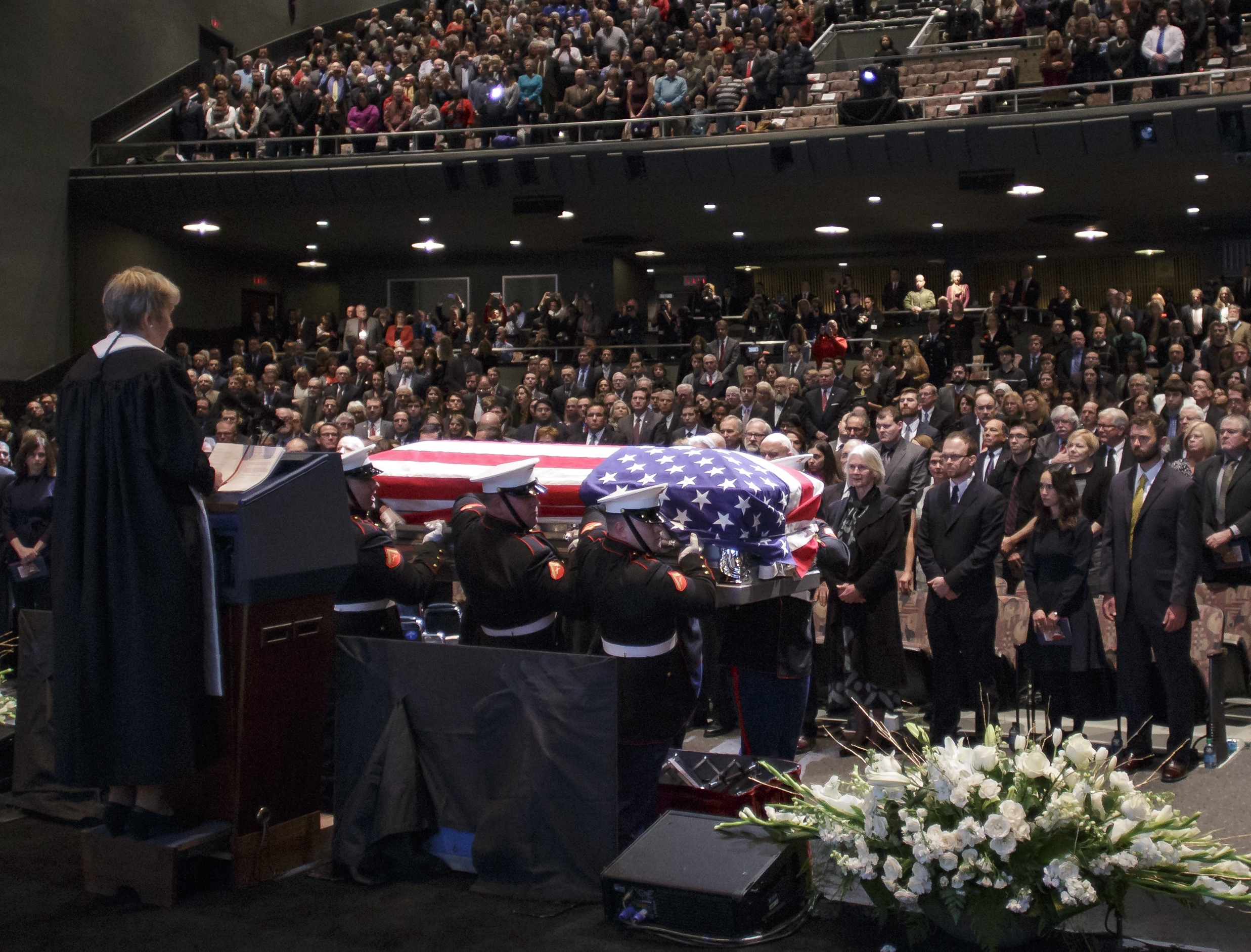 In this handout provided by the National Aeronautics and Space Administration (NASA), Marines, from Marine Barracks Washington, carry in the casket of former astronaut and U.S. Democratic Ohio Sen. John Glenn during a ceremony to celebrate his life, Saturday, Dec. 17, 2016 at The Ohio State University, Mershon Auditorium in Columbus, Ohio.(Photo by Bill Ingalls/NASA via Getty Images)

“She conquered her own personal challenge – her speech impediment – and appropriately used her position as the spouse of a prominent public person to help advocate for others who struggled as she did,” he added. “She was also just a really warm and nice person. We’ll miss her as much as we do Senator Glenn.”

1
Susan Rice Claims Without Evidence That Russia Could Be Funding Riots
Politics
2
'I Want To Make This A Parade': White Michigan Sheriff — And His Cops — Ditch Riot Gear To March With Black Protesters
US
3
STONE: Now That I'm Ungagged, I'd Like To Say A Few Things About My Prosecution
Opinion
4
Biden Holds Double-Digit Lead Over Trump In Latest ABC Poll
Politics
5
St. Patrick's Cathedral Defaced During NYC Riots
US