“@FoxNews is no longer the same. We miss the great Roger Ailes. You have more anti-Trump people, by far, than ever before,” Trump said. “Looking for a new outlet!”

.@FoxNews is no longer the same. We miss the great Roger Ailes. You have more anti-Trump people, by far, than ever before. Looking for a new outlet! https://t.co/jXxsF0flUM

This tweet came after the president retweeted several posts from conservatives attacking the network. 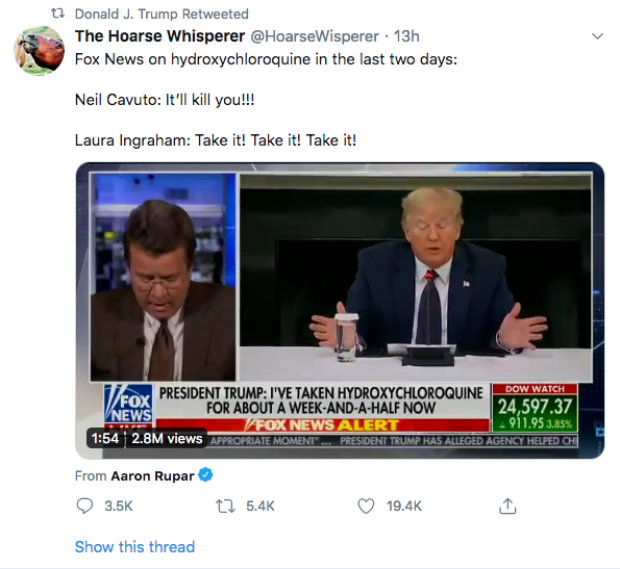 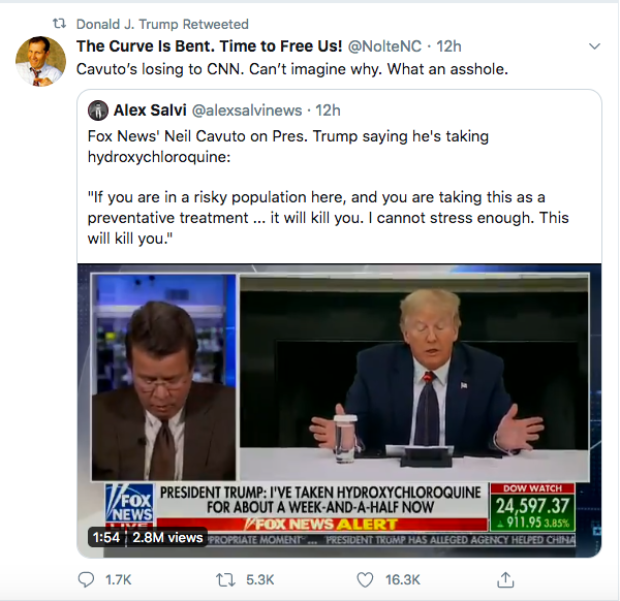 Trump has tweeted about Fox News‘s coverage of him before, particularly when he perceives it to be too negative. (RELATED: REPORT: Fox News Hosts Criticized, Mocked Trump During Advertiser Meeting)

In April, he went after Chris Wallace and claimed that Fox News was going down a “bad path” after an interview with Democratic House Speaker Nancy Pelosi.

Nervous Nancy is an inherently “dumb” person. She wasted all of her time on the Impeachment Hoax. She will be overthrown, either by inside or out, just like her last time as “Speaker”. Wallace & @FoxNews are on a bad path, watch! https://t.co/nkEj5YeRjb

In December, he warned that the network would “die” due to it trying to be “politically correct.”

1
DENIED: Ghislaine Maxwell Will Remain In Jail Until Her July 2021 Trial
Politics
2
Massive Pool Brawl Breaks Out. The Video Will Be One Of The Craziest Things You See All Day
Editorial
3
'Intellectual Curiosity ... Is Now A Liability': Bari Weiss Writes Scathing Resignation Letter From The NYT Amid Its Woke 'Civil War'
Media
4
Democratic Strategist Calls Marsha Blackburn 'Inbred Racist Trash'
Politics
5
'Closer To Animals': Nick Cannon Goes On Racist, Anti-Semitic Rant, Says 'White People' And Jewish People Are 'The True Savages'
US