Senate Judiciary Committee Chairman Lindsey Graham requested records Tuesday of Obama administration officials who made so-called “unmasking” requests for information on President Donald Trump, as well as members of his family and campaign.

Graham’s request, submitted to Attorney General William Barr and Richard Grenell, the acting director of National Intelligence, is a follow-up to the release of a list on May 13 of 39 Obama-era officials who submitted requests that unmasked the identity of Michael Flynn in government intelligence reports.

Graham is seeking similar documents related to requests for information on Trump and members of his family, Donald Trump Jr., Ivanka Trump and Jared Kushner. (RELATED: Lindsey Graham Sets Vote To Subpoena Dozens As Part Of Oversight Of Trump-Russia Probe)

“Given the extensive number of requests for the unmasking of General Flynn’s name during this short time period, it raises the question of whether these or other officials sought the unmasking of the identities of other individuals associated with the Trump campaign or transition team,” Graham wrote Barr and Grenell on Tuesday.

Graham, a South Carolina Republican closely allied with Trump, is also seeking documents that explain the reason for the individual requests. 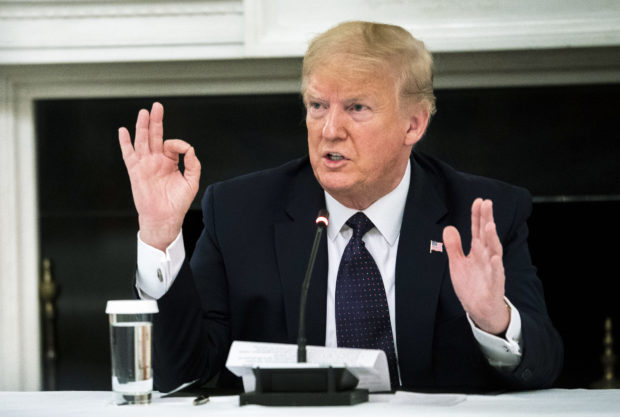 President Donald Trump speaks during a roundtable in the State Dining Room of the White House May 18, 2020 in Washington, DC. (Photo by Doug Mills – Pool/Getty Images)

Republicans have focused on the unmasking issue to figure out who leaked classified information regarding a phone call that Flynn had in late December 2016 with Sergey Kislyak, the Russian ambassador to the United States.

Details of that call were leaked to The Washington Post for a column published on Jan. 12, 2017.

The list released May 13 did not contain an unmasking record that explained a request for documents related to Flynn’s call with Kislyak.

Graham is also asking Barr and Grenell to provide an explanation for why the list released last week did not show a request for records related to the Flynn-Kislyak call.

Graham has made an aggressive push in recent weeks to declassify documents central to the FBI’s investigation of the Trump campaign. He has published transcripts of FBI informants’ conversations with Page and Papadopoulos. He also published less-declassified versions of the four Foreign Intelligence Surveillance Act (FISA) applications that the FBI obtained against Page.

Graham said Monday he will hold a vote on June 4 to subpoena 53 individuals involved in the investigations of the Trump campaign.