Reviewers fawned over a novel released Tuesday in which Hillary Clinton never married her husband Bill — and ultimately became president.

Failed 2016 presidential candidate Hillary Clinton blazes her own trail without Bill Clinton in Curtis Sittenfeld’s “Rodham: A Novel,” a book “designed to rally the political spirits of liberal readers,” according to The Washington Post, and it’s already climbing through Amazon’s charts.

In real life, Hillary and Bill Clinton met at Yale Law School, married and rode out sexual assault allegations, impeachment and a failed presidential campaign together. But in “Rodham,” Hillary Clinton “takes a different road.” (RELATED: The Clintons Coined The Phrase ‘Safe, Legal And Rare,’ But Abortion Activists Say This Is Stigmatizing)

“Feeling doubt about the prospective marriage, she endures their devastating breakup and leaves Arkansas,” the book’s description reads. “Over the next four decades, she blazes her own trail — one that unfolds in public as well as in private, that involves crossing paths again [and again] with Bill Clinton, that raises questions about the tradeoffs all of us must make in building a life.” 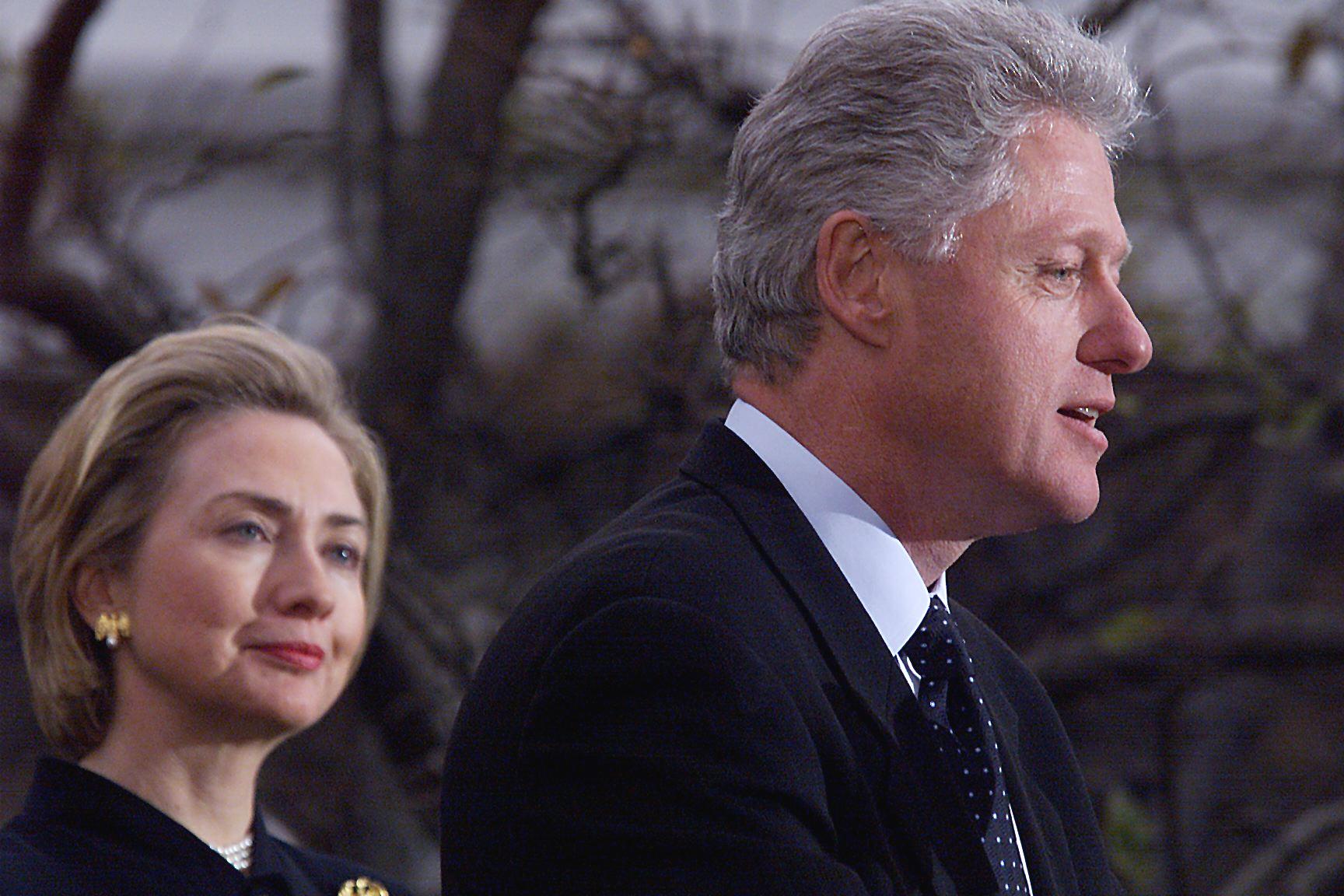 US President Bill Clinton (R) appears with First Lady Hillary Clinton to make a statement to reporters outside the oval office following his impeachment by the US House of Representatives.  (Photo credit TIM SLOAN/AFP via Getty Images)

Reviewers praised the book and the “catharsis” it offers through images of President Hillary Clinton working late at night in the White House, unfettered by a wedding ring or Bill Clinton’s scandals.

“It takes a village to create a demon, and that tireless work has produced the extraordinary boogeywoman that is Clinton, the conniving, corrupt, murderous, senile, pedophiliac, money-grubbing, cookie-hating, email-abusing harridan who terrifies Fox News commentators,” wrote Ron Charles for WaPo.

Charles added: “Indeed, as the subject of thousands of wing nut conspiracy theories, Clinton may already be the most fictionalized person in modern political history.”

Nora Caplan-Bricker discussed how “Rodham” “offers the Catharsis of Uncomplicated Regret” for the New Yorker. (RELATED: Hillary Says Losing To Trump Was Like Losing To A ‘Corrupt Human Tornado’)

“The work of ‘Rodham’ is to smooth away the incongruities between the person and the vessel for other people’s hopes,” Caplan-Bricker wrote.

“But part of the dilemma of Hillary Clinton is the failure of imagination that made it so hard for anyone to mount a challenge to her in 2016; her path to the Presidency felt less like ascension and more like inevitability, until, of course, it wasn’t.” 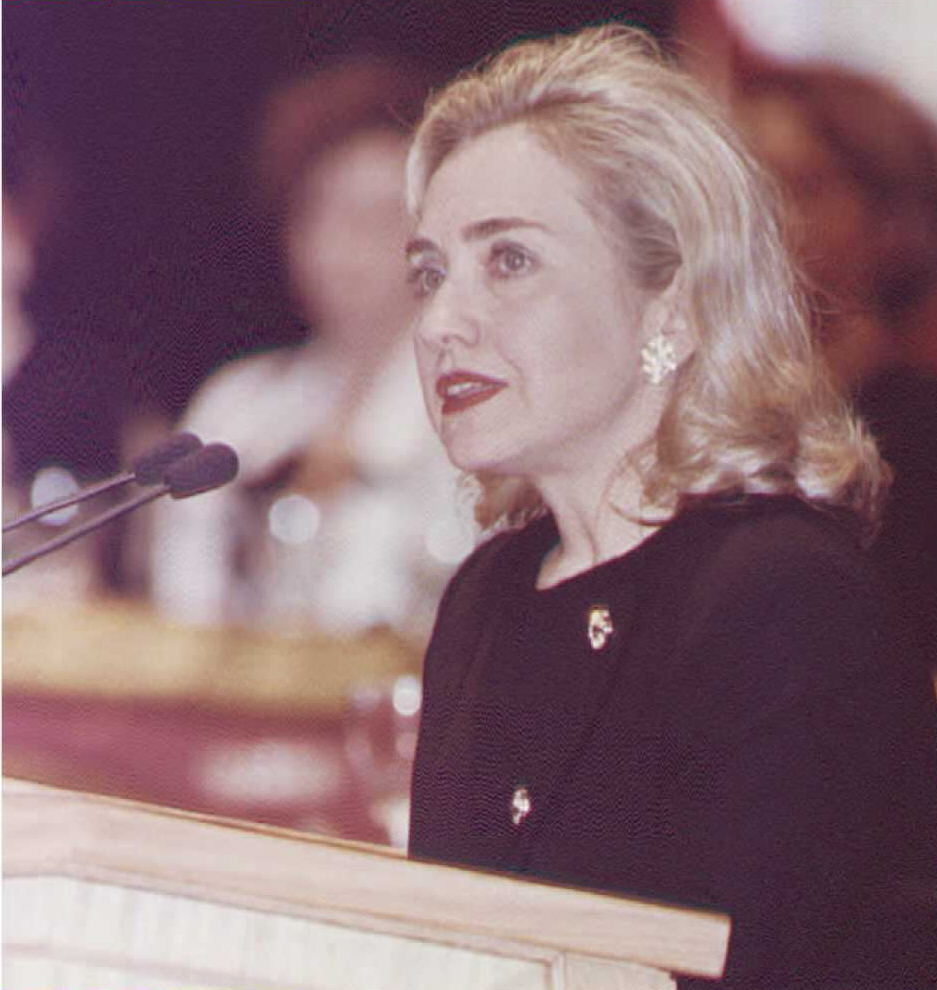 US first lady Hillary Clinton addresses the opening session of the Western Hemisphere first ladies summit in Asuncion, Paraguay, 16 October, pointing out the importance of women and children and the need for education. (AFP/AFP via Getty Images)

“Rodham” “is a nauseating, moving, morally suggestive, technically brilliant book that made me think more than any other in recent memory about the aims and limits of fiction,” Annalisa Quinn wrote for NPR. (RELATED: Hillary: ‘I Admire Eleanor Roosevelt’ For How She Handled FDR’s Affair)

Quinn discussed the idea of Hillary Clinton without her husband and his scandals at length.

Laura Marsh offered a harsher perspective for The New Republic, where she noted that the book is full of “self-consciously steamy sex” as the first half of the book “hews closely to the true story of Hillary and Bill meeting at Yale Law School in the 1970s, dating, and moving to Arkansas.”

But the book necessarily fictionalizes much of Hillary Clinton herself to accurately create a character that could succeed in this day and age, Marsh said.

“Rather than a fantasy of Hillary’s potential fulfilled, it reimagines major parts of her character, removing from her any of the major flaws or contradictions that could hamper a politician in the MeToo era,” Marsh wrote. “Perhaps the strangest aspect of ‘Rodham’ is that in crafting an exemplary version of Hillary Clinton, the book — apparently unwittingly — presents a harsh critique of the person we know today.”