For the first time in more than two months, Italian officials reported fewer than 100 deaths due to the coronavirus in a 24 hour period, officials announced Tuesday according to NBC News.

The country saw 99 deaths Monday, a significant decrease from the several hundreds of deaths per day caused by the virus at its peak, NBC News reported.

Four regions reported no new infections at all. 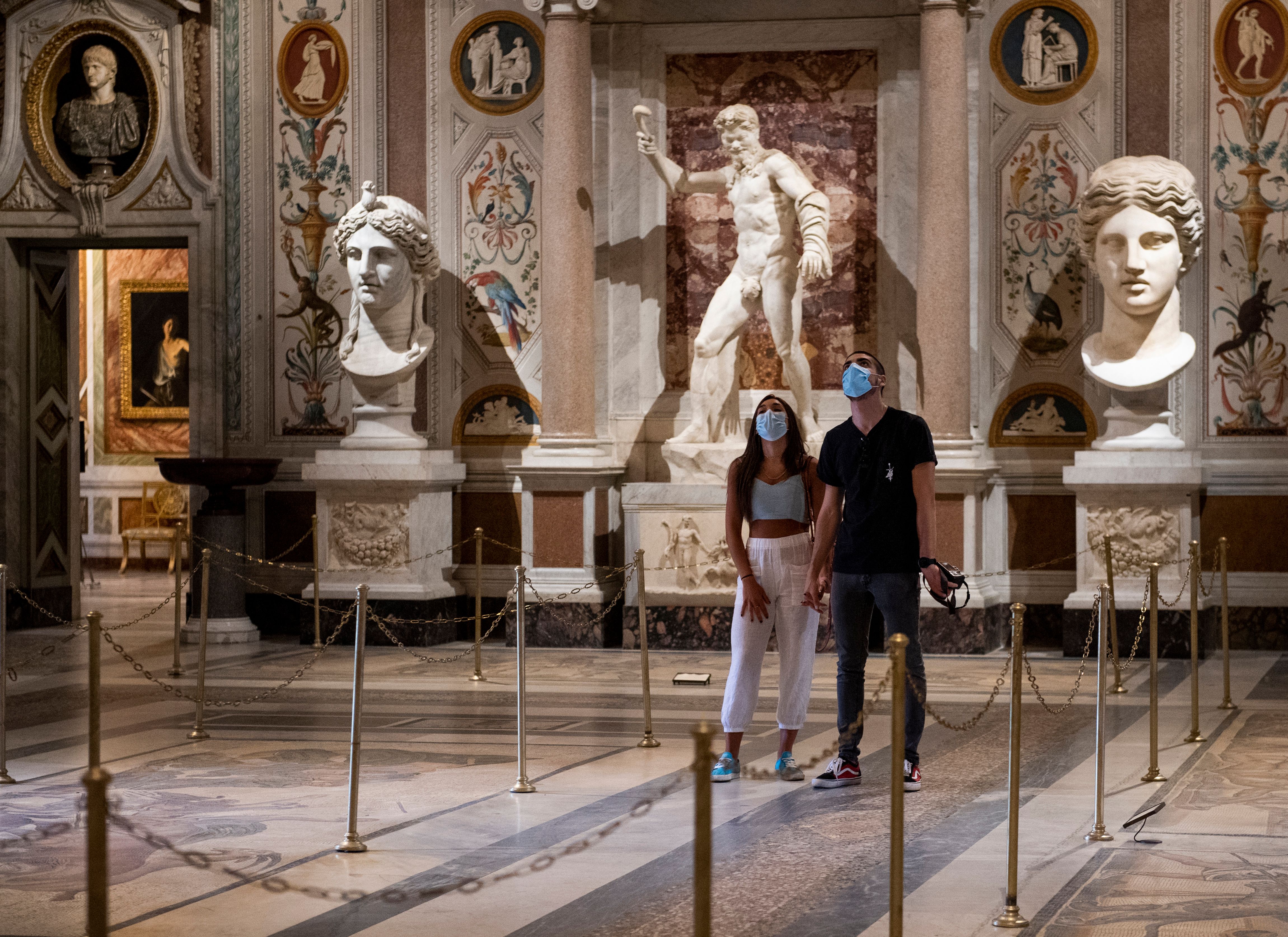 Visitors wearing a face mask view a room at the Galleria Borghese museum in Rome on May 19, 2020, as it reopens while the country’s lockdown is easing after over two months. (Photo by TIZIANA FABI/AFP via Getty Images)

Italy became the epicenter of the coronavirus pandemic in Europe, which pushed the country into a nationwide lockdown and took more than 32,000 lives in the country.

The Italian government has been easing restrictions as the spread of the virus has slowed, allowing 4.5 million Italians to return to work in the first week of May when factories and parks reopened.

Restaurants and salons were also able to reopen Monday as long as social distancing and sanitation measures are followed. Churches, which were not open for public mass during the nationwide lockdown, were allowed to open masses to the public, although choirs, the sign of the peace and full holy water fonts are forbidden to prevent transmission of the virus. (RELATED: Italians Return To Cafes, Salons As Country Reopens) 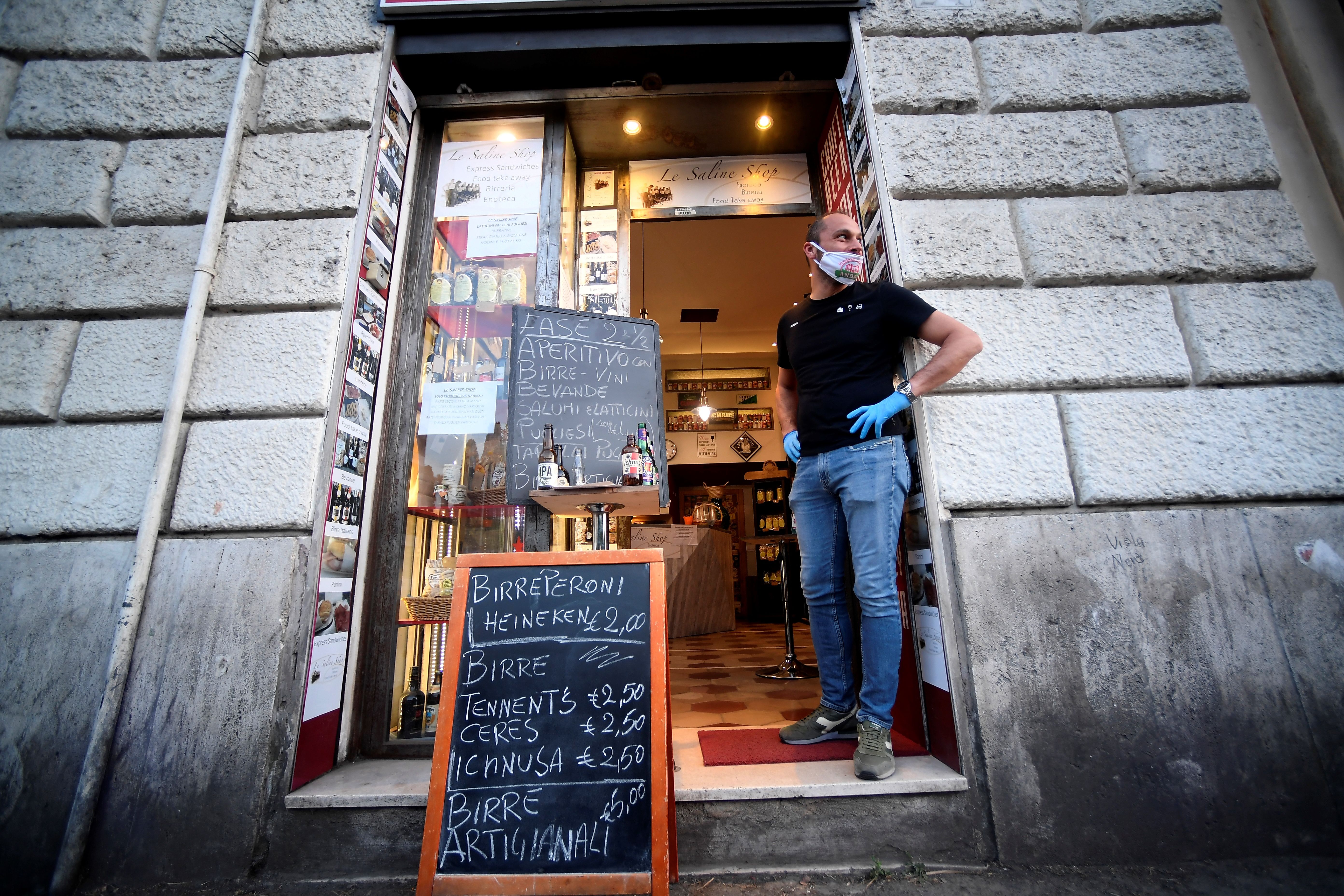 A bar owner waits for aperitif customers outside a bar by the colosseum in Rome, on May 18, 2020. (Photo by FILIPPO MONTEFORTE/AFP via Getty Images)

The Italian government also announced that it will reopen its borders with Europe on June 3. A handful of other European countries, including Spain and Austria, have started to reopen businesses.