Treasury Secretary Steve Mnuchin said Tuesday during the White House Cabinet meeting that the administration will send future coronavirus relief payments to some Americans in the form of pre-loaded debit cards.

Mnuchin told the room that the economic relief payments “have really had a big impact.” 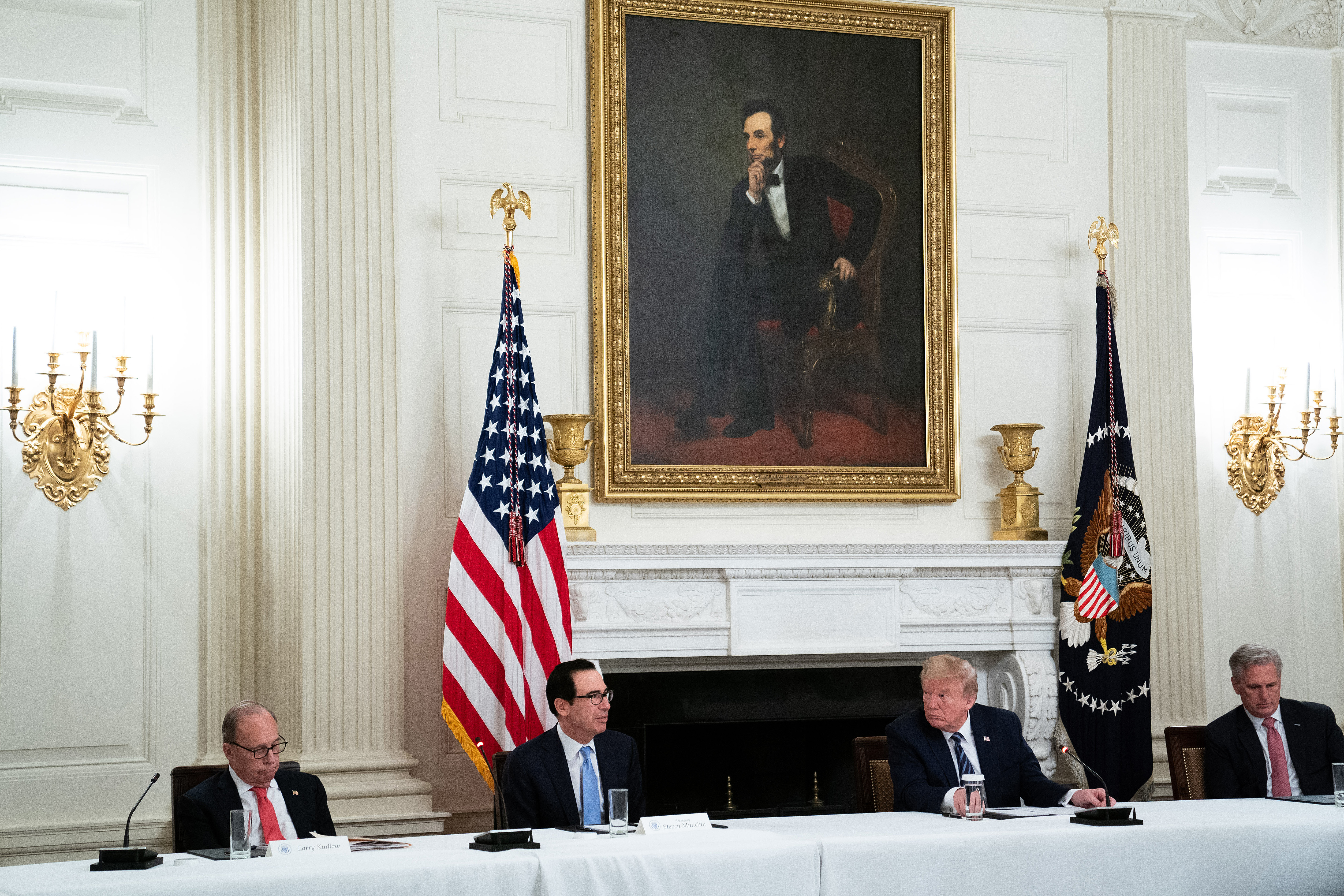 “We have delivered over $239 billion to 141 million Americans, and I want to highlight, we couldn’t be more pleased — 114 million of those, we did direct deposit into people’s accounts, he said. (RELATED: Trump Signs Executive Order Rescinding And Waiving Regulations In Attempt To Aid Economic Recovery)

“And Mr. President, we now have developed debit cards,” he continued.

“Do I sign the letter again?” Trump joked, earning laughs from Mnuchin and others in the room.

“The next time we send money, you’ll get to send another letter,” he concluded.

The administration previously caused a media stir after announcing that the physical coronavirus checks being sent to Americans would bear Trump’s name and come with a signed letter from the president.

“The President’s name is on the checks, the same as it’s on the CARES Act,” one official said at the time. “It wasn’t politically advantageous for Democrats and their propaganda arm at the Washington Post to pounce on that.”