Thousands of central Michigan residents have been forced to evacuate their homes due to severe flooding which overwhelmed two dams along the Tittabawassee River.

Democratic Michigan Gov. Gretchen Whitmer declared a state of emergency Tuesday evening to ensure the availability of emergency resources. She said the downtown area of the city of Midland could soon be “under approximately 9 feet of water.” 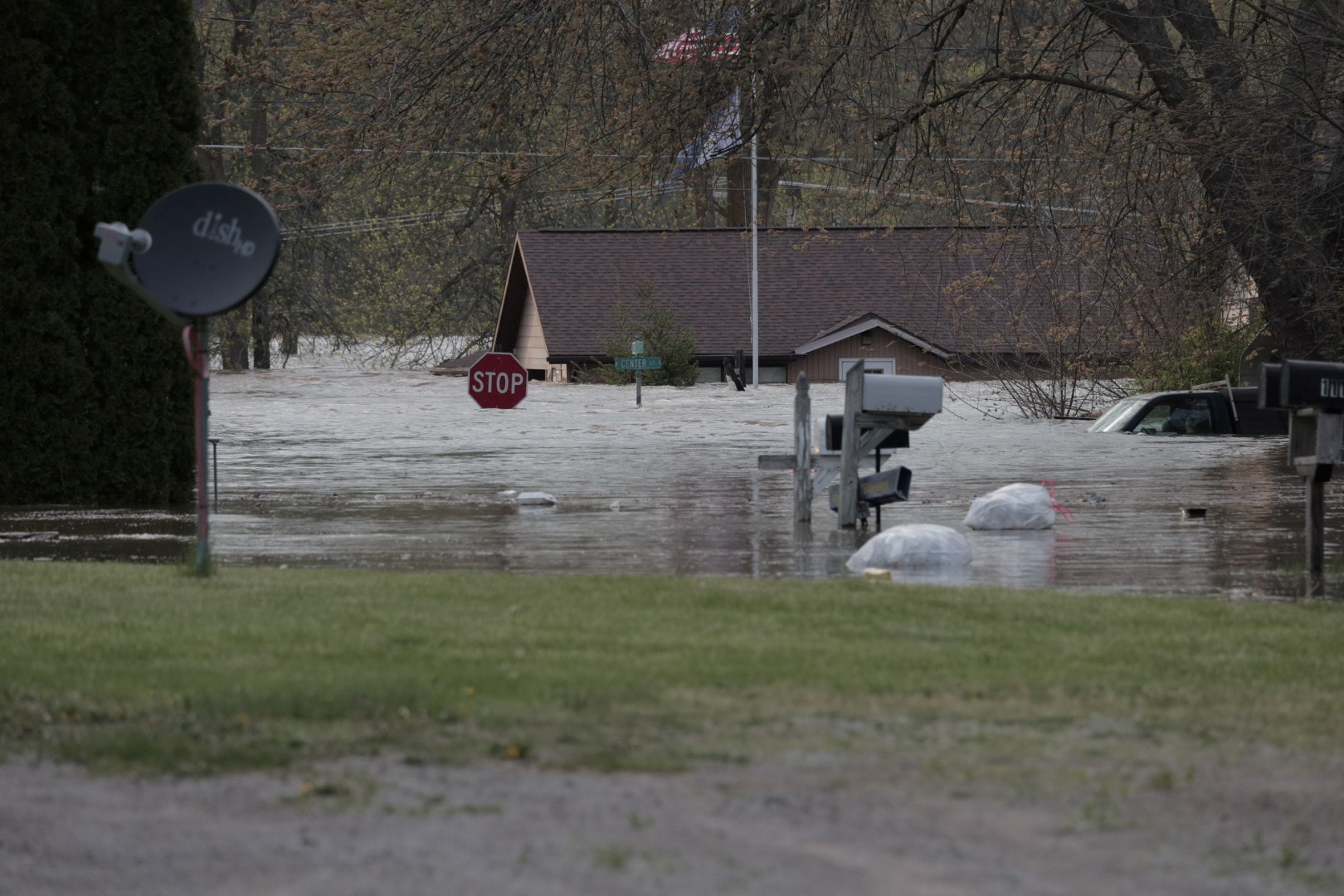 Vehicles and signs are submerged as floodwaters are seen in downtown Sanford, Michigan, U.S. in this May 19, 2020 picture obtained from social media. TC VORTEX /via REUTERS 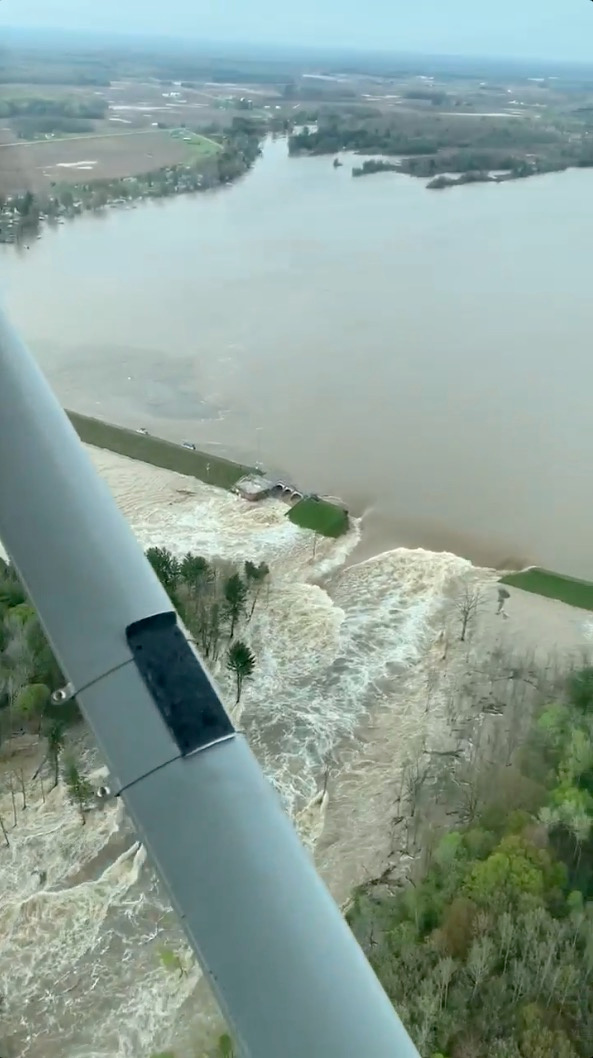 Aerial view of water from a broken Edenville Dam seen flooding the area as it flows towards Wixom Lake in Michigan, U.S. in this still frame obtained from social media video dated May 19, 2020. RYAN KALETO/via REUTERS

“This is unlike anything we’ve ever seen before,” Whitmer told residents during a press conference, “but this truly is a historic event that is playing out in the midst of another historic event.”

We have a large crowd of elderly residents at MHS tonight. Tough to see them go through this. Many school and community members assisting them. pic.twitter.com/NvAOvMpcqv

The city of Midland, with a population of over 40,000 residents, is approximately eight miles downstream from the Sanford Dam. It faces a significant threat, according to Whitmer.

As of Wednesday morning, the river had risen to a record-setting 34.4 feet. It is expected to peak at 38 feet by the end of the day. 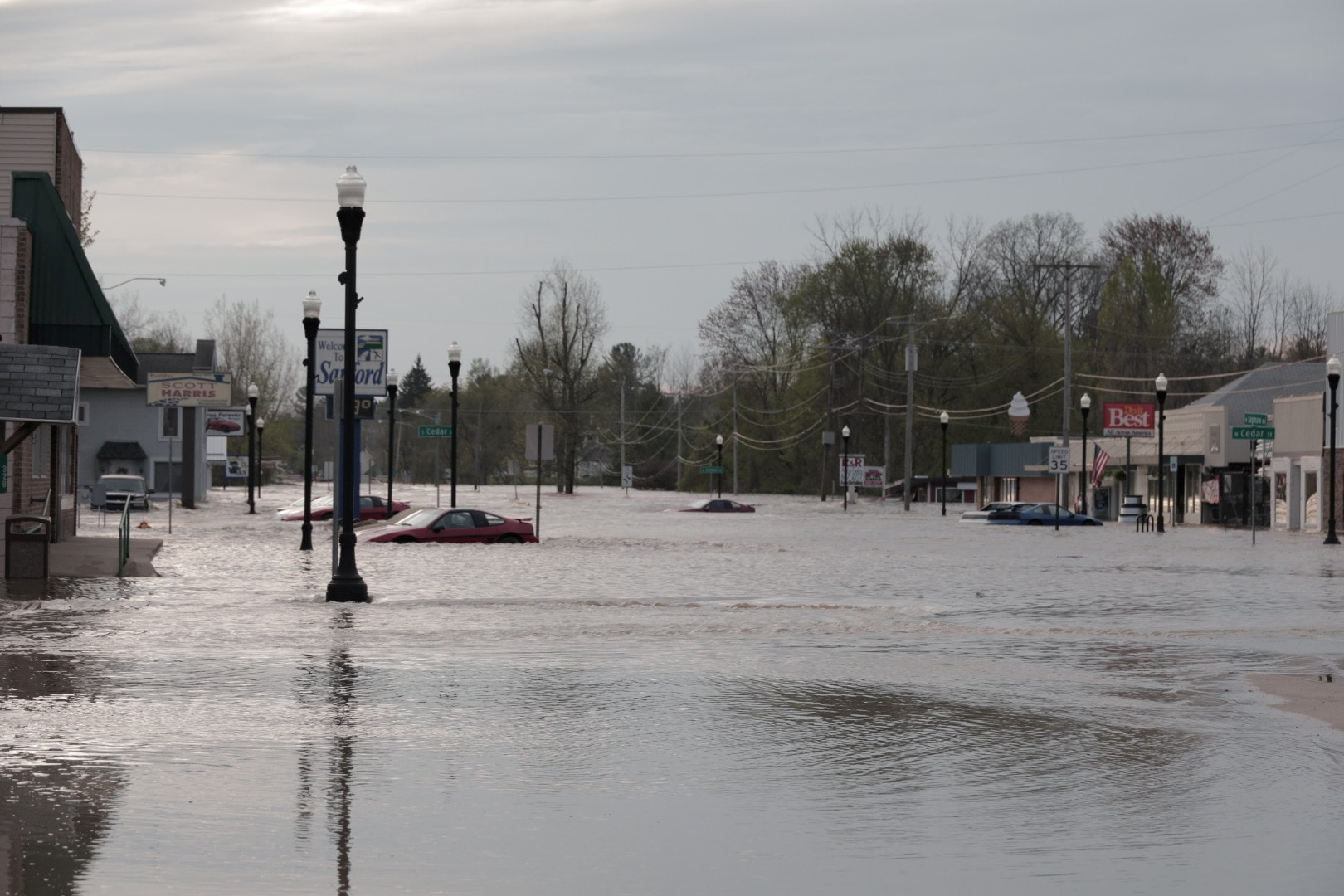 Floodwaters are seen along a street in downtown Sanford, Michigan, U.S. in this May 19, 2020 picture obtained from social media. TC VORTEX /via REUTERS 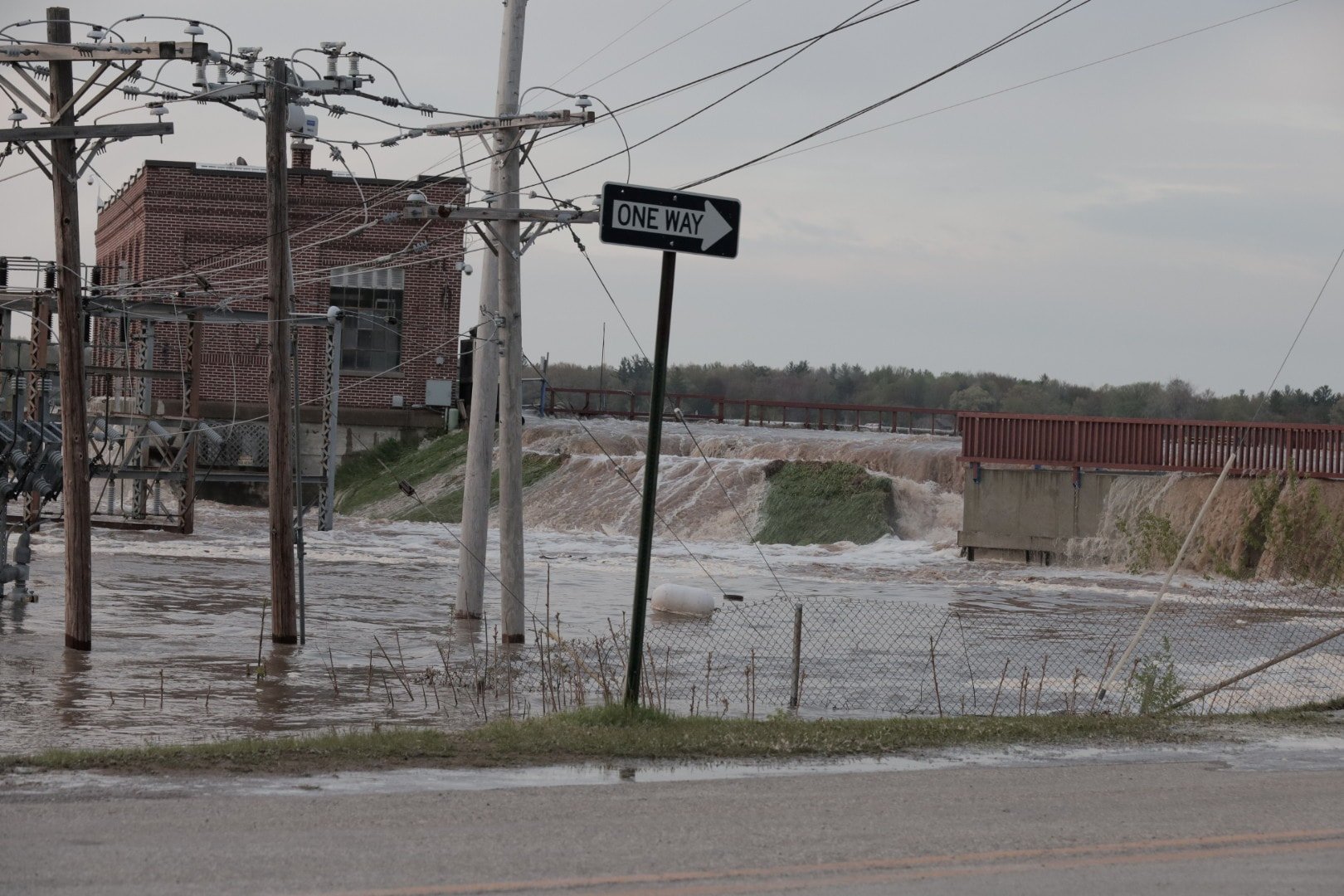 Floodwaters overflow at Sanford Dam, Michigan, U.S. in this May 19, 2020 picture obtained from social media. TC VORTEX /via REUTERS

The National Weather Service advised anyone near the river to seek higher ground after “catastrophic dam failures” at the Edenville and Sanford Dams, which were both built in the 1920s.

In 2018, the Edenville dam received an unsatisfactory condition rating by the state. The Federal Energy Regulatory Commission revoked the license of the company that operated the dam due to non-compliance issues, including insufficient spillway capacity and the inability to pass conditions for the most severe floods. (RELATED: What Does The Science Actually Say About Global Warming And Midwest Floods?)