The ad was published on Instagram and shows a giant white hand moving around a black man before flicking him into a cafe called “Petit Colon,” which translates to “little settler,” according to Deutsche Welle.

Following public outcry at the racist overtones of the ad, VW said it was “surprised and shocked” that the clip could be “misunderstood,” and that the “origin of the people depicted is irrelevant.”

The denial of wrongdoing and withdrawal of the ad stoked another wave of criticism that the company was not taking responsibility or apologizing for the clip, Deutsche Welle reported.

Juergen Stackmann, the company’s board member for sales and marketing, and Elke Heitmueller, head of diversity management, apologized on Twitter and Linkedin, according to Reuters.

“We understand the public outrage at this. Because we’re horrified, too. This video is an insult to all achievements of the civil rights movement. It is an insult to every decent person,” they wrote.

“We at Volkswagen are aware of the historical origins and the guilt of our company during the Nazi regime. That is precisely why we resolutely oppose all forms of hatred, slander/propaganda and discrimination.”

Volkswagen caught itself in a similar incident in 2019, when the company’s chief executive apologized for using a phrase that echoed a Nazi-era slogan, “Arbeit macht frei,” or “Work sets you free.” The phrase was emblazoned on the gates of Auschwitz and other concentration camps, although the executive did not consider the comparison at the time, according to the New York Times. 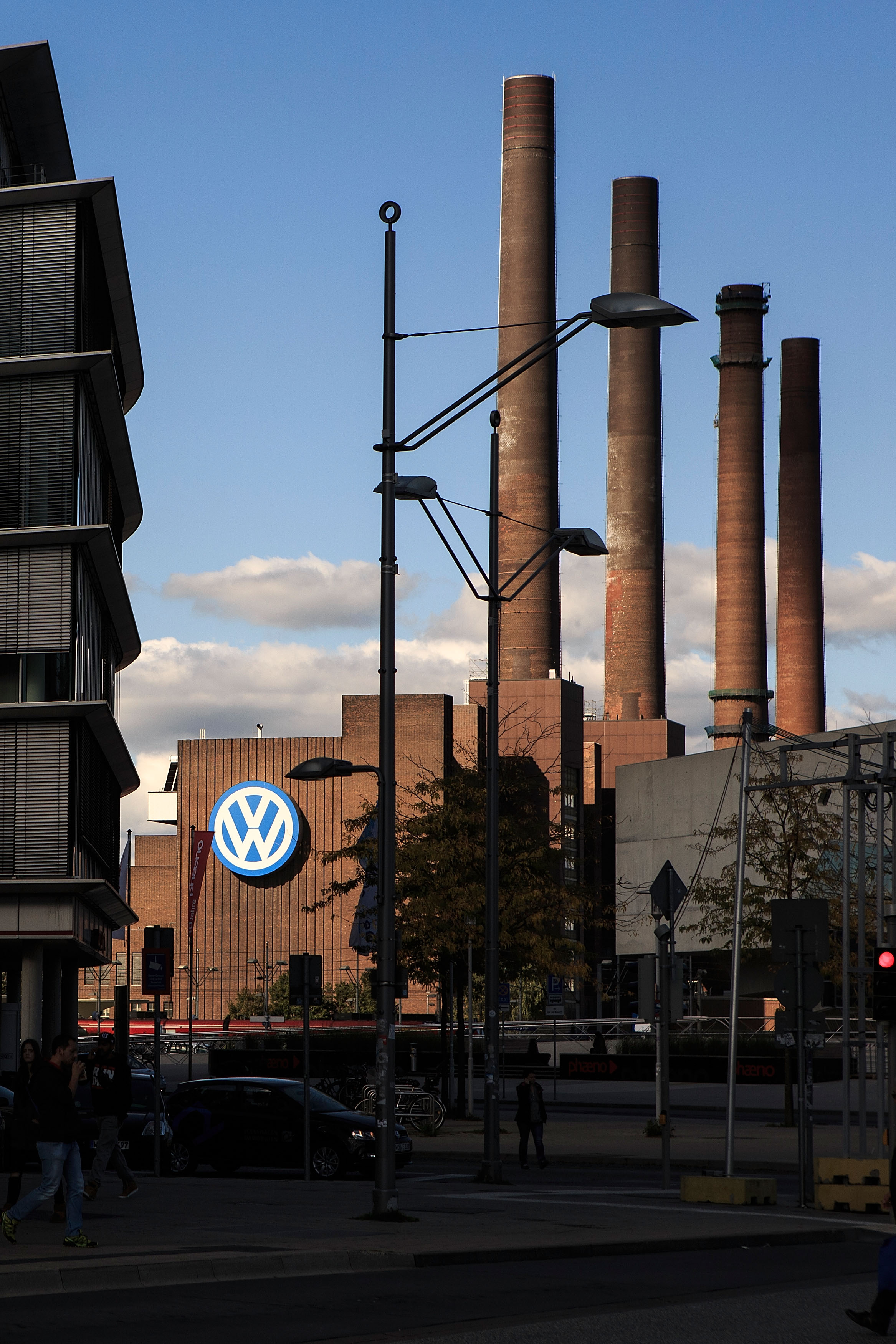 The factory of German carmaker Volkswagen on September 28, 2015 in Wolfsburg, Germany. Wolfsburg was initially built by authorities under Nazi Germany to house workers and the factory that would produce the “KdF Wagen”, the precursor to the Volkswagen Beetle. (Photo by Carsten Koall/Getty Images)

The Volkswagen company originated during the Third Reich and operated four concentration camps and eight forced-labor camps on its property, according to the United States Holocaust Memorial Museum.

VW promised consequences and an investigation into the matter. “We distance ourselves from this and apologize,” the company said according to Deutsche Welle.