Americans’ attitudes toward coronavirus restrictions have varied across the political spectrum, and a recent analysis indicates liberal areas were more affected by the virus than conservatives ones.

A Reuters analysis found that Democratic areas experienced three times the number of coronavirus-related deaths that Republican areas did. Counties that voted for 2016 Democratic presidential candidate Hillary Clinton reported 39 coronavirus deaths per 100,000 residents. Counties that voted for Republican Donald Trump, on the other hand, had 13 deaths per 100,000 people.

New York also backed Clinton and later became the epicenter of the outbreak in the U.S. Like many of the hardest-hit areas, New York City is densely populated, which made transmission of the virus more widespread and rapid.

Rural areas tend to align with the GOP and often do not have high-traffic public areas like public transit, parks or apartment buildings. 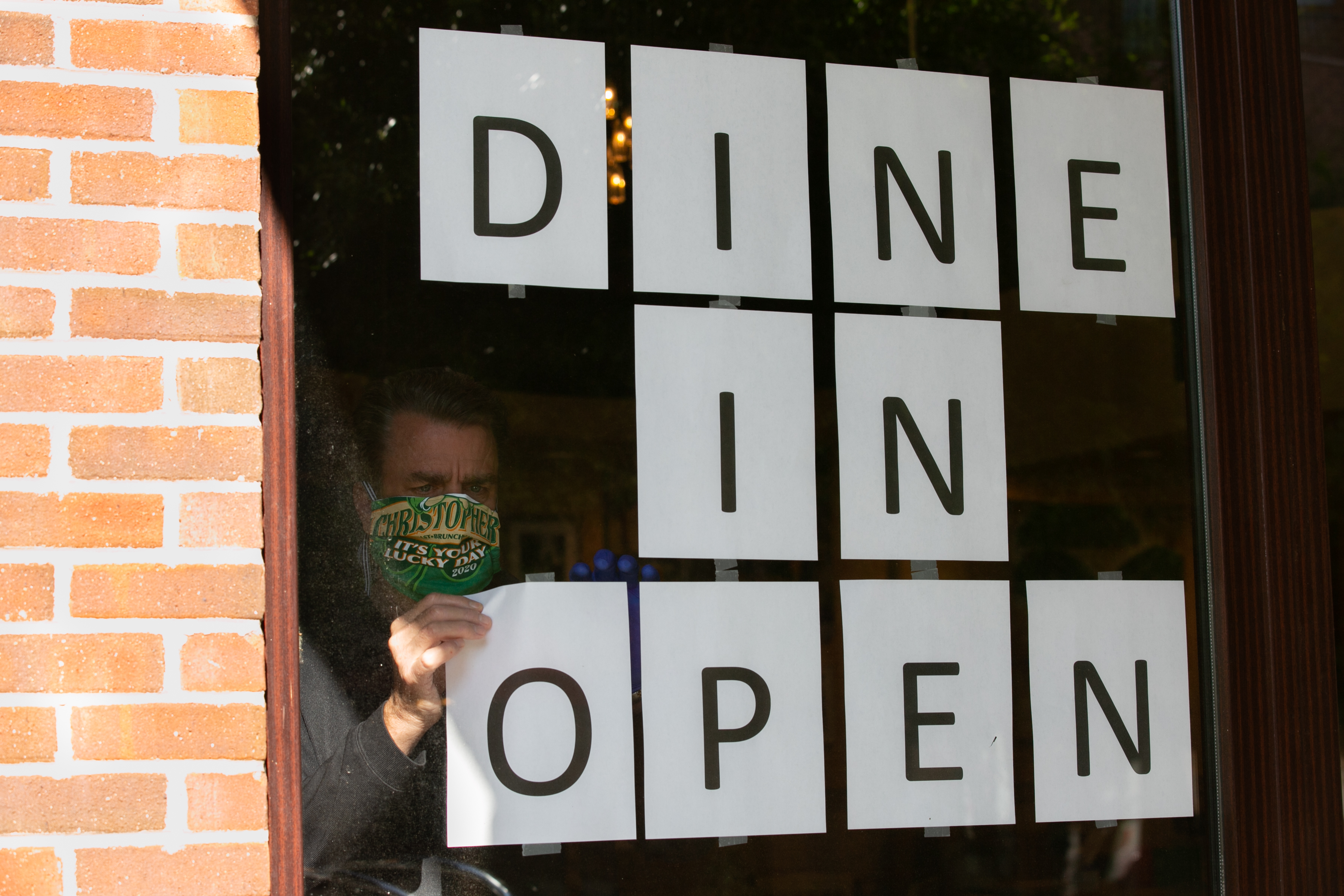 Barry Lennon, Operating Partner of J. Christopher, hangs up signs to to promote dine in service now available in the J. Christopher restaurant on April 27, 2020 in Brookhaven, Georgia. (Photo by Jessica McGowan/Getty Images)

The exceptions to this trend according to Reuters were Delaware, Nebraska and South Dakota, where workers at meatpacking plants were infected with the virus. Reuters also reported that Republican counties in Montana, New Hampshire, New Mexico, North Dakota and Texas were hit hard as well, though their rates remained below the national average.

The disparate impact of coronavirus in Republican areas could partially be reflected in the beliefs residents hold about the virus. While Democrats were “very concerned” about the virus, only one-third of Republicans reported similarly, according to a Reuters/Ipsos survey from Monday.

Republicans are also more in favor of lifting restrictions that were implemented to slow the spread of the virus.

Many states with Republican leadership have begun reopening businesses, often at limited capacities, while some hard-hit Democratic areas have remained cautious about reopening. 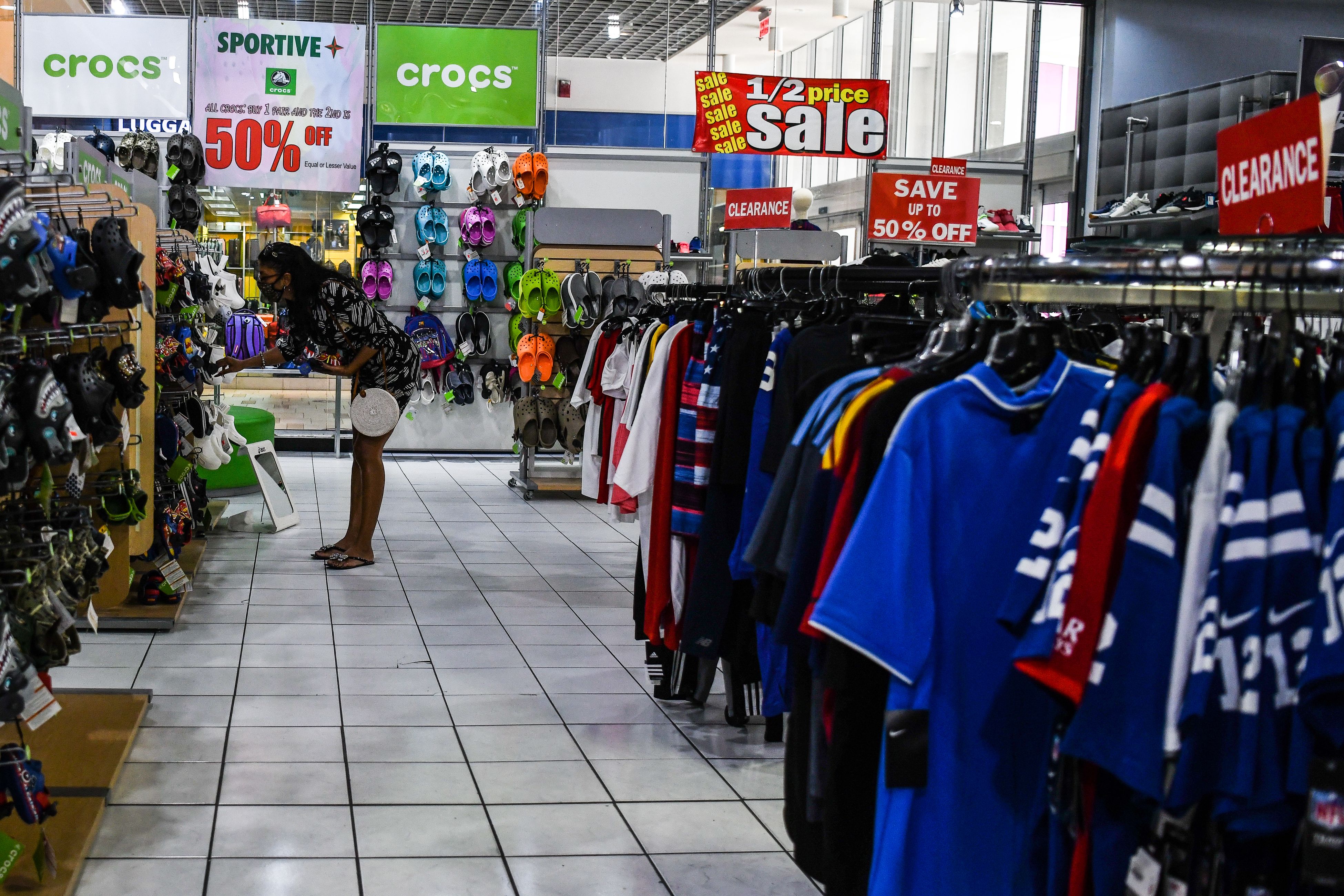 A customer wearing a mask, shops for shoes displayed in a shop inside a mall west of Fort Lauderdale, Florida on May 18, 2020. (Photo by CHANDAN KHANNA/AFP via Getty Images)

Florida, where Republican Gov. Ron DeSantis allowed gyms to begin reopening Monday, was among the southern states to receive criticism for its reopening efforts.

DeSantis unleashed on the media for its criticism of the state’s coronavirus response, explaining how the media “waxed poetically for weeks and weeks about how Florida was going to be just like New York,” predictions he claimed were false. (RELATED: ‘That Dude Is Gonna Be Running For President!’: Greg Gutfeld Praises Ron DeSantis)