Denise Richards said her and Charlie Sheen’s marriage wasn’t “wild and crazy” like people might think and said it was very tame because that was when Sheen was “sober.”

“A lot of people have an impression of me being wild and crazy,” the 49-year-old actress shared during her show,  “The Real Housewives of Beverly Hills.” The comments were noted by Page Six in a piece published Thursday.  (RELATED: Celebrate Samantha Hoopes’ Birthday With Her Hottest Looks)

“But Charlie [Sheen] was sober when we got married so we were not this swinging couple like people might assume,” she added. “We weren’t.”

Richards continued, while she noted that it was when she got pregnant “with [daughter]Lola, things started to change rapidly.”(RELATED: Check Out The Hottest Looks From The 60th Grammy Awards [SLIDESHOW])

“It was a very dark time,” the “Wild Things” star revealed. “Very toxic. And I filed for divorce when I was six months pregnant with her.”

Sheen and Denise tied the knot in 2002 and welcomed a daughter, Sami, to the world two years later. The relationship took a turn for the worse, as the actress noted, before Lola was born in 2005. Their divorce became official in 2006.

But despite that, she said, in an earlier episode, she always did what she could to “hide Charlie’s behavior” because she didn’t want her girls to grow up with “father-daughter issues.”

“How do you tell kids what’s really going on,” Richards previously shared. “I would say, ‘Dad had to go work but he loves you so much. He wants to be here for you girls.'” 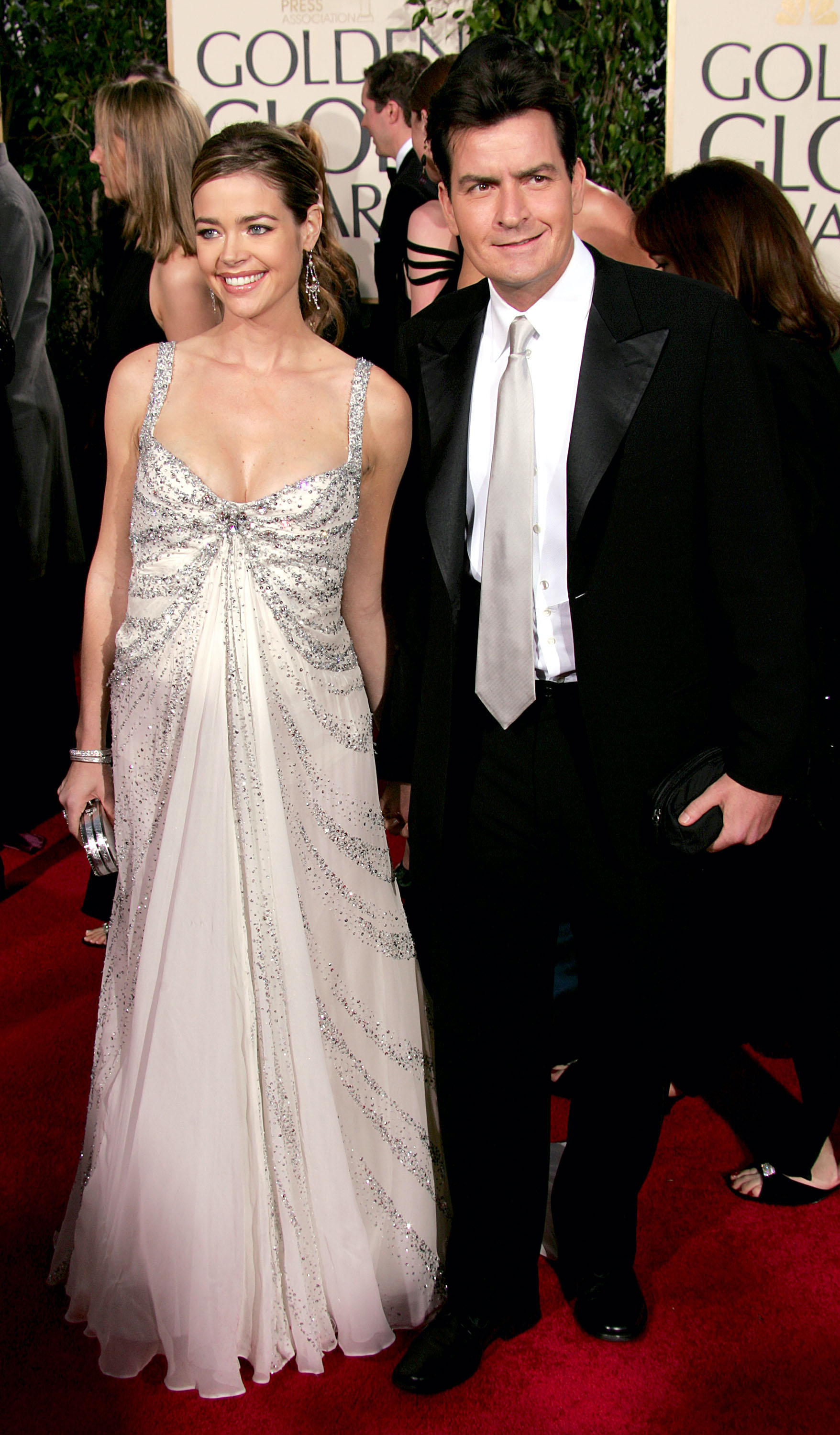 “There’s a lot that the kids don’t know about their dad, and I want to keep it that way,” she added.

The “Starship Troopers” star went on to explain that, “even though he’s Charlie Sheen, that is still, to them, their dad,” while remarking about his notorious past with partying, drugs and women.

“I never talk badly about him and I want him to be part of their lives because I met a lot of the women that Charlie entertained and a lot of them had father-daughter issues,” the reality star admitted.  “And I do not want that to be our girls.”

Richards later remarried in 2018 to Aaron Phypers and Charlie was invited the ceremony.