A former Philadelphia judge of elections pleaded guilty in federal court to stuffing ballots in return for bribes during primary elections between 2014 and 2016.

Domenick Demuro, 73, admitted during a sealed proceeding in March to using his position as an elections judge, which granted him the responsibility of overseeing the entire election process in his jurisdiction, to add fraudulent votes for politicians supported by an unidentified political consultant who had paid him bribes ranging from $300 to $5,000 per election.

After stuffing ballots, Demuro then used his authority as an elections judge to certify the fraudulent election results, according to his indictment, which was unsealed Thursday. (RELATED: RNC SURVEY: Majority Of Voters Believe Mail-In Ballots Cause Election Fraud)

Demuro “served as a Committee Person for the Democratic Party and the Democratic Chairman of Ward 39a in the City of Philadelphia,” according to the indictment.

“Demuro fraudulently stuffed the ballot box by literally standing in a voting booth and voting over and over, as fast as he could, while he thought the coast was clear. This is utterly reprehensible conduct,” U.S. Attorney William McSwain said in a Justice Department press release Thursday.

Demuro pleaded guilty to conspiring to deprive persons of civil rights and using interstate facilities in aid of bribery.

McSwain said an investigation into Demuro’s election fraud is “active and ongoing.” 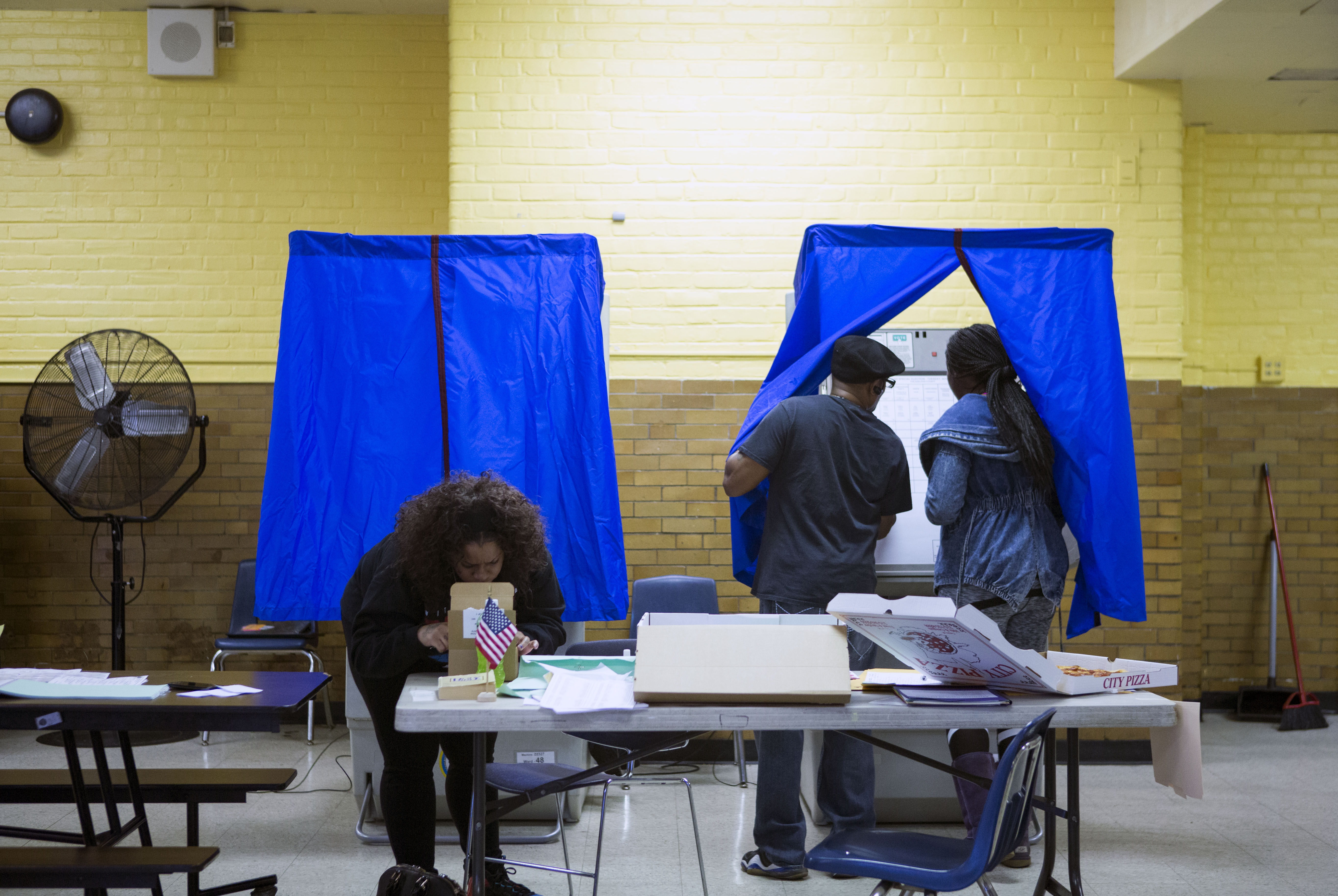 PHILADELPHIA, PA – NOVEMBER: A woman enters a voting booth to cast her vote at Vare Edwin Middle School on November 8, 2016 in South Philadelphia, Pennsylvania. Americans across the nation are picking their choice for the next president of the United States. (Photo by Jessica Kourkounis/Getty Images)

During a May 2014 primary election, Demuro added 27 fraudulent ballots for candidates running for judicial positions on Pennsylvania’s court of common pleas, according to the indictment.

Demuro received a total of $2,500 in bribes to add 40 fraudulent ballots for three judicial candidates during a May 2015 primary election, the indictment shows.

During a May 2016 primary election, Demuro added 46 fraudulent ballots for candidates running for federal, state and local offices, according to the indictment.

“Domenick Demuro put a thumb on the scale for certain candidates, in exchange for bribes,” FBI special agent Michael Driscoll said Thursday. “As public trust in the electoral process is vital, the FBI’s message today is clear: election interference of any kind, by hostile foreign actors or dishonest local officials, won’t be tolerated.”

Demuro is scheduled to be sentenced on June 30.