Republican Florida Sen. Rick Scott shared his thoughts on if the sun in Florida is helping combat coronavirus, something President Donald Trump and his administration floated in April.

In an interview with the Daily Caller, Scott was asked if he believes the sun and high temperatures in his state could be related to the lower fatality rates. In an April press conference, Bill Bryan, who leads the science and technology directorate at the Department of Homeland Security, said that departmental research shows that UV light, heat and humidity help with COVID-19.

“Our most striking observation to date is the powerful effect that solar light appears to have on killing the virus, both surfaces and in the air,” Bryan said. The Daily Caller asked Scott about this to which he responded by saying there needs to be more research.

“Well, there hasn’t been enough analysis to know for sure. I was doing some telephone town halls with an epidemiologist from USF. He’s the chairman medical school there and what he said is we don’t know, but there’s a theory that this virus is like a lot of viruses, that they just don’t transmit as well in hotter weather,” Scott told the Caller. (RELATED: Sen. Rick Scott Brings Unifying Guest To State Of The Union) 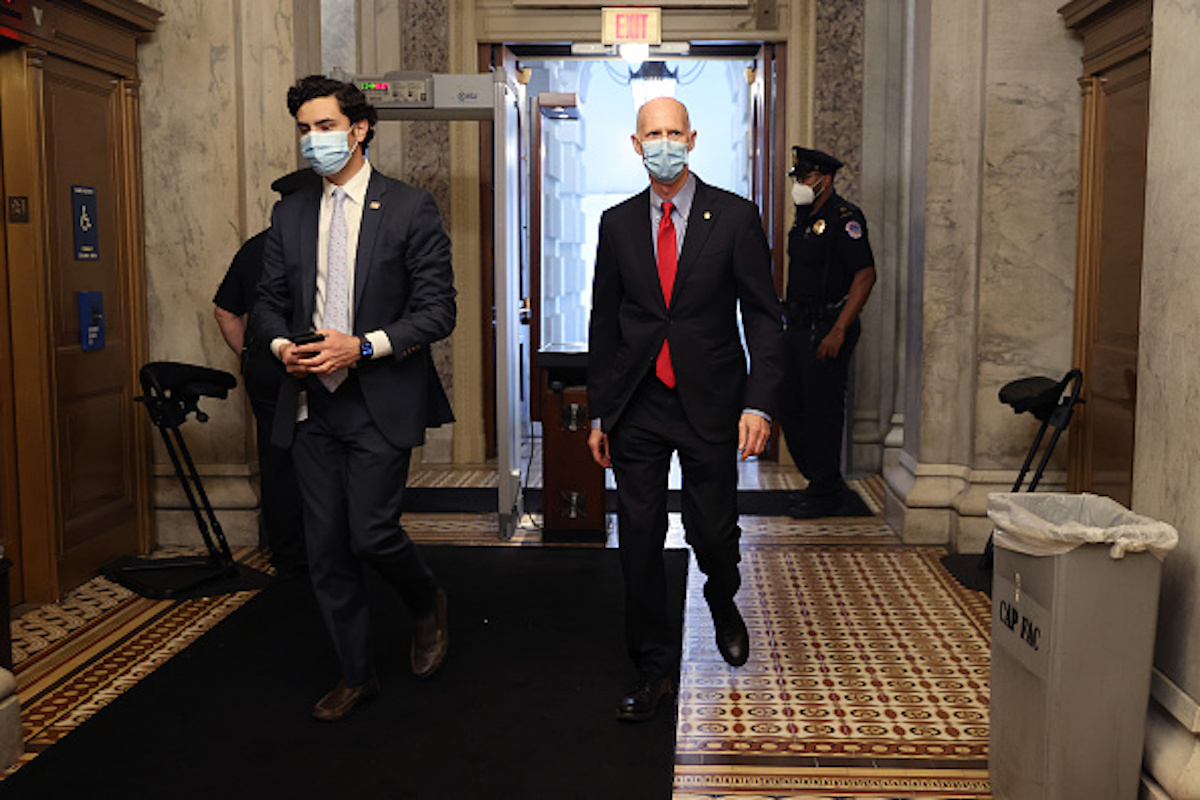 Wearing a face mask to reduce the chance of transmission of the novel coronavirus, Sen. Rick Scott (R-FL) arrives at the U.S. Capitol for a vote May 18, 2020 in Washington, DC. (Photo by Chip Somodevilla/Getty Images)

“The problem is we don’t have enough information. I guess, the way you have to look at it, it’s logical. And if you look at the south overall, I mean … we’ve had less,” Scott continued. (RELATED: Trump Approval Rating Steady As Trust In Government Declines, New Poll Shows)

Florida currently has 2,096 deaths from coronavirus, compared to nearly 28,000 deaths in New York, according to the CDC.