President Donald Trump told reporters Thursday that he will not “close” the country if there is a coronavirus rebound later in 2020.

Trump made the comments while touring a Ford manufacturing facility in Michigan following a roundtable meeting with African American leaders. 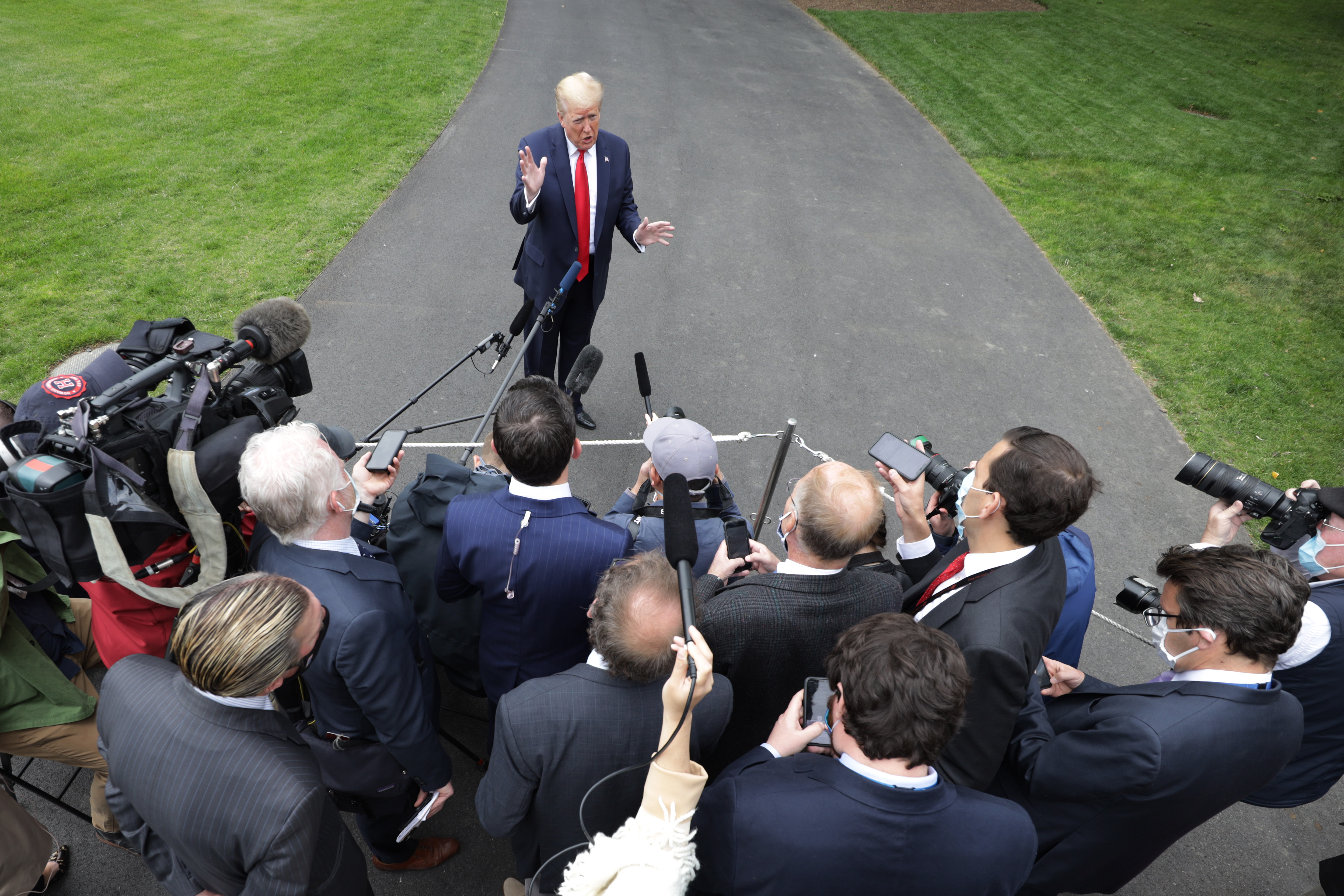 WASHINGTON, DC – MAY 21: U.S. President Donald Trump speaks to the press on the South Lawn of the White House prior to departing on Marine One May 21, 2020 in Washington, DC. President Trump is scheduled to visit a Ford manufacturing plant that is currently producing ventilators in Michigan. (Photo by Alex Wong/Getty Images)

“We’re not going to close the country,” he continued. “We’re going to put out the fires. There could be, whether it’s an ember or a flame, we’re going to put it out, but we’re not closing our country.”

Trump previously referred to a second wave of infections as “embers” during an April press briefing with members of the White House coronavirus task force.

“We may have some embers, and we’re going to put them out,” he stated. “We may have a big flu season, but that’s very different. Flu is different than corona.”

“The great thing is we will be able to find it earlier,” Dr. Deborah Birx added. “The [Centers for Disease Control and Prevention] is putting in place today what we are going to need in the fall so we can stay in containment if potentially the virus comes back.”

During his Thursday visit to Michigan, Trump further proclaimed that the CDC will issue special guidance for churches to reopen. During his return flight to Washington, D.C., he ordered all flags on federal buildings be lowered to half staff over Memorial Day weekend — as requested by House Speaker Nancy Pelosi and Senate Minority Leader Chuck Schumer — to pay respects to coronavirus victims.