Experts are asking people who plan to hit the road for Memorial Day activities to remain cautious, as there could be a spike in fatal accidents this year.

An analysis by AutoInsurance.org found that Memorial Day is the second-deadliest holiday for drivers. Lifting stay-at-home orders may compound the number of accidents as people become restless at home and seek respite by traveling and going to gatherings.

The study ranks the 10 worst holidays for fatal crashes from 2016 to 2018. Independence Day is ranked first with 1,349 fatal crashes throughout the course of the three-year study and Memorial Day is second with 1,344 fatal crashes. 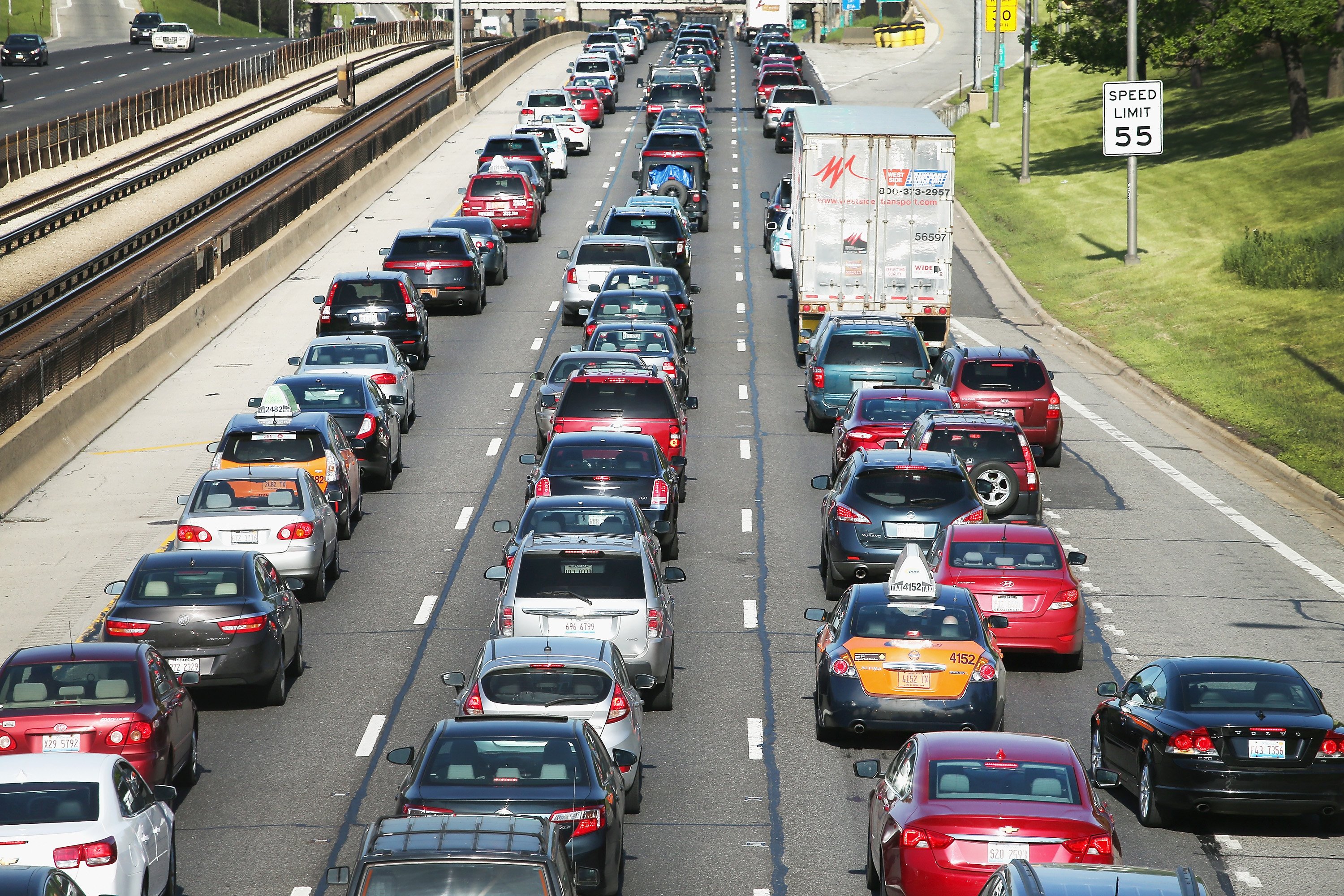 Traffic jams up on the Kennedy Expressway leaving the city for the Memorial Day weekend on May 23, 2014 in Chicago, Illinois. (Photo by Scott Olson/Getty Images)

The holiday increases in traffic fatalities are generally due to a major increase in travel on that given day, or they’re what the study calls “drinking-heavy holidays.” Independence Day is “drinking-heavy,” while Columbus Day is traffic-heavy.

Drunk driving-related deaths on Memorial Day weekends are especially high, according to the analysis.

“Though traffic dropped 40% across the country in the initial phases of coronavirus measures, it’s now rising and thus, what was already a deadly holiday on our nation’s roadways could be even deadlier,” Duane Gilson, author of the analysis, told the Daily Caller.

Holidays during the warmer months show a spike in drunk driving accidents, as people are more likely to gather at pools or other outdoors locations and drink while there. Memorial Day is also the unofficial start of summer for most Americans.

“Memorial Day and Independence Day are the biggest summer holidays, and that means more people are willing to party,” Gilson said.

“On July 4, 2018, 40% of traffic deaths were drunk driving-related,” Gilson said. “Since a lot of folks take vacations or are already off work during these two holidays, every year sees a significant increase in impaired driving, which is the biggest reason these two holidays are the deadliest for drivers and passengers on America’s roadways.”

Many Americans are also celebrating the end of stay-at-home orders and other coronavirus-related restrictions during this year’s spring and summer holidays and celebrations.

“As restrictions have been lifted, states have seen huge surges in traffic as people hit the road again. We suspect this is because after being largely cooped up in their houses with only close family, folks are ready to be out and about, shopping, visiting their friends, and, in relation to our current discussion, celebrating,” Gilson continued.

“With new reason to get out — celebrating not only the beginning of summer but also the lifting of COVID-19 restrictions — we can easily expect traffic to surge this Memorial Day,” Gilson added. 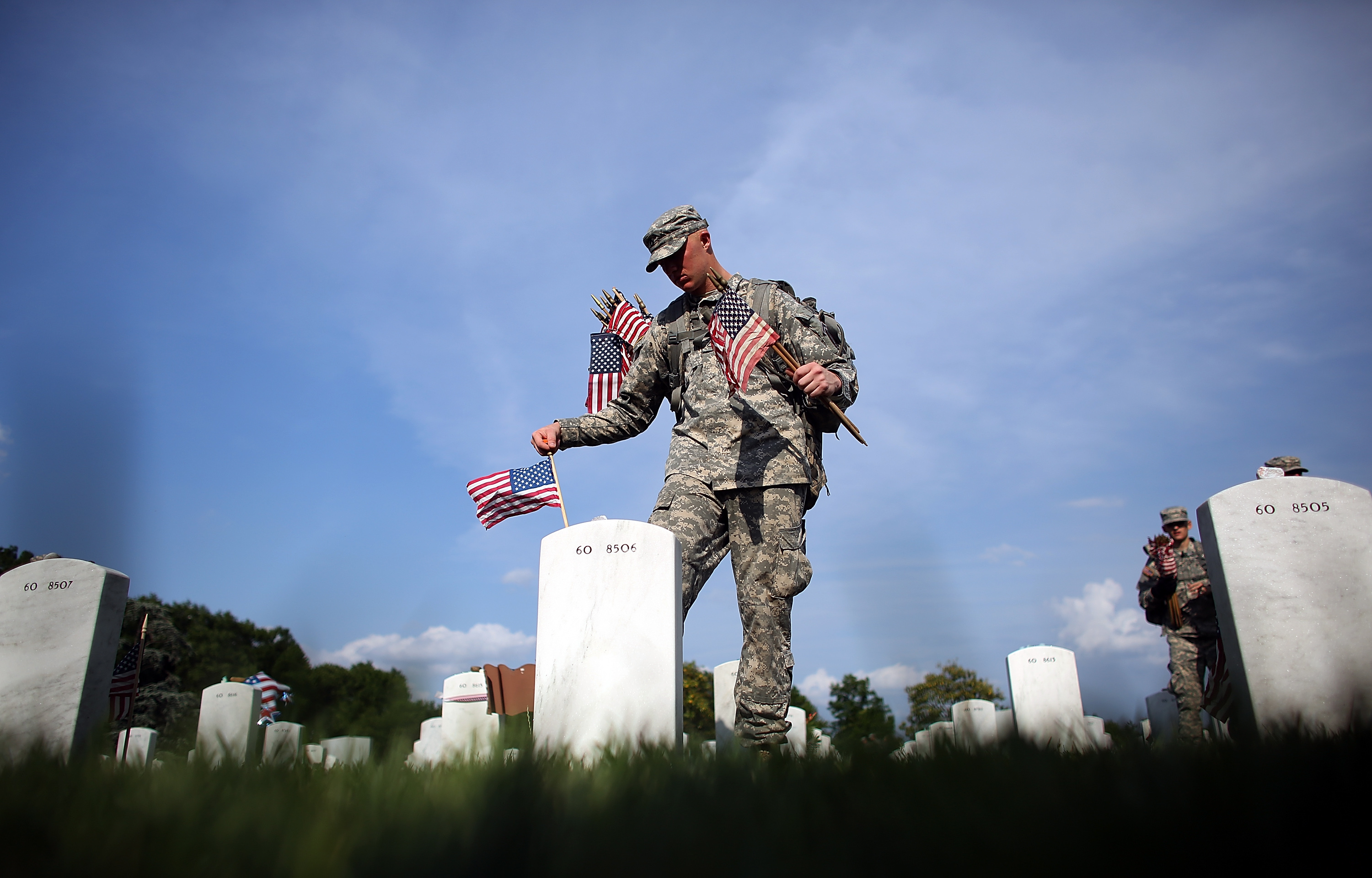 Members of the 3rd U.S. Infantry Regiment place American flags at the graves of U.S. soldiers buried in Section 60 at Arlington National Cemetery in preparation for Memorial Day May 24, 2012 in Arlington, Virginia. (Photo by Win McNamee/Getty Images)

The safest holidays for driving, on the other hand, include Christmas, Martin Luther King Jr. Day, New Year’s Day, Ash Wednesday and St. Patrick’s Day, according to the study. The four-day period surrounding the holidays themselves are analyzed as well. The conclusion is that there are also fewer drunk driving-related incidents on these days. (RELATED: Trump Welcomes Bikers To The White House To Remember MIA Veterans, Suicide Victims)

New Year’s Day — perhaps surprising to see among the safest days for driving, due to the association between New Year’s Eve and partying — is a day when most people stay at home from work or nurse hangovers, decreasing traffic, according to the study.

To help make roads safer for drivers, the authors of the study recommend multiple safeguards. These include avoiding alcohol, driving slowly, concentrating on the road while driving and preparing vehicles by checking tire pressure.