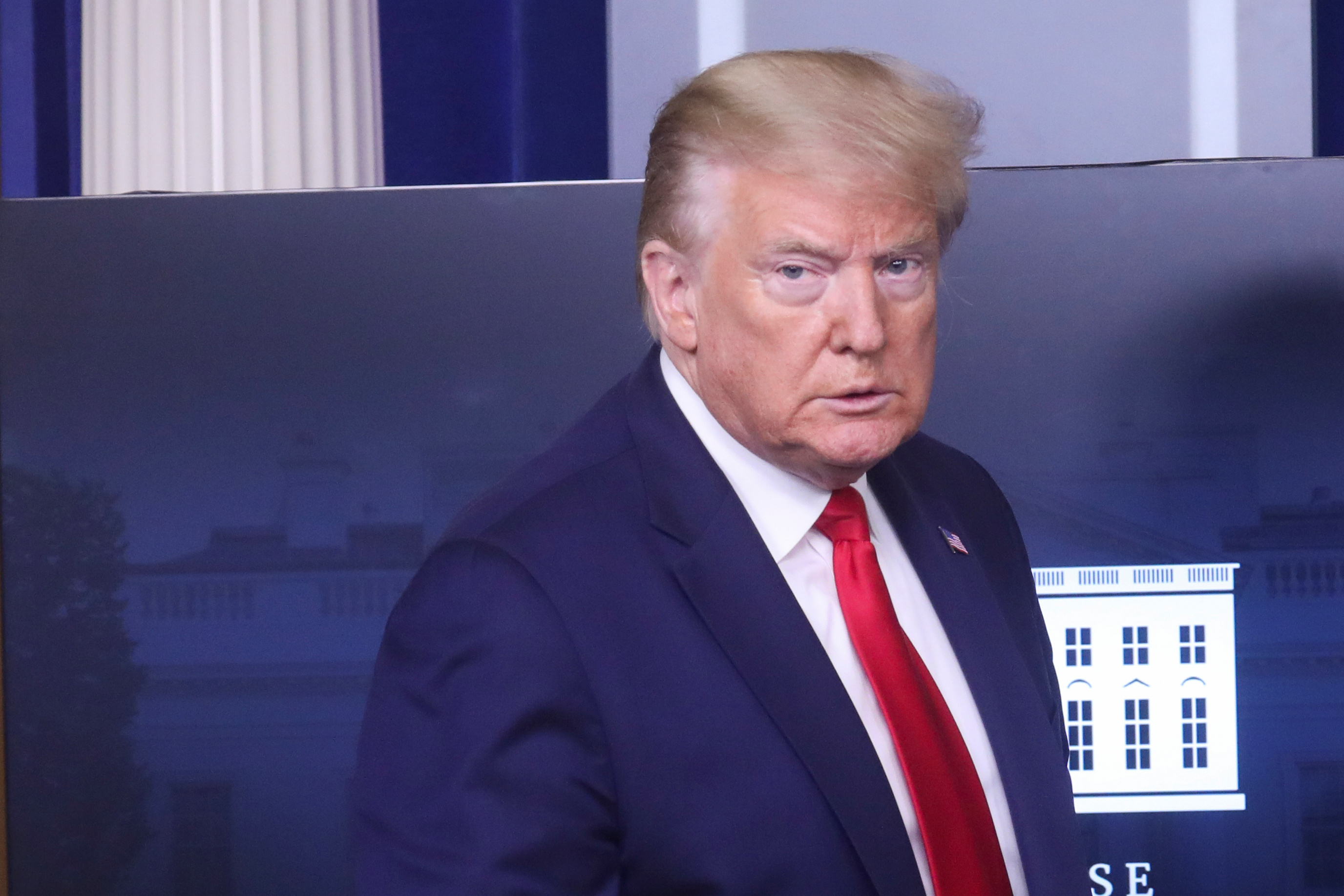 U.S. President Donald Trump arrives to make a statement to reporters about reopening places of worship across the United States by declaring them “essential” during the coronavirus disease (COVID-19) pandemic in the Brady Press Briefing Room at the White House in Washington, U.S., May 22, 2020. REUTERS/Leah Millis

Trump also refused to say if Biden possessed any of the qualities necessary to lead the nation. The president would not even allow that Biden, who has spent most of his adult life in high political office, has much in the way of valuable experience. (RELATED: Joe Biden Interrupts His Wife’s Campaign Speech To Bite Her Finger)

“Well, I would have said experience, but he doesn’t really have experience because I don’t think he remembers what he did yesterday,” Trump said. “So how is that experience? He’s been there a long time. He was never known as a smart person.”

When asked if Trump could “pick one good thing” to say about his opponent, the president replied, “Ah …” and provided no further details.

The president had difficulty deciding what to select as Biden’s weakest fault. “I can’t tell you,” Trump said. “I mean, I’m really serious. He’s got many. I can talk about weak points all day long.” (RELATED: Joe Biden Stumbles Over His Words In Iowa Speech)

Trump also criticized Biden for his foreign policy positions on China and Russia but said regardless of where he stands on the issues, the former vice president is “not mentally sharp enough to be president.”

Former vice president Joe Biden speaks to the Chicago Council on Global Affairs on November 1, 2017 in Chicago, Illinois. Biden addressed the consequences of U.S. disengagement from world leadership at the event. (Photo by Scott Olson/Getty Images)

Biden has already said that he will be a one-term president if he is elected and subsequently feels that he  loses “energy and mental acuity.”

Juan Williams, Fox News’ co-host of “The Five,” recently said too much attention is paid to Biden’s gaffes and not enough to Trump’s verbal miscues. “I don’t think it was Biden who said ‘oh, yeah, George Washington captured the airports during The Revolutionary War.’ I think that was Donald Trump,” he said.

Biden has accused the president of being slow and indecisive when the coronavirus hit the United States, saying that he “froze like a deer in the headlights,” Fox News noted.