NASA and Elon Musk’s SpaceX are preparing for a historic launch Wednesday.

For the first time in American history, humans will be delivered into orbit by a commercial entity.

“Historically, it’s been NASA developing, building, and operating spacecraft,” NASA Deputy Administrator Jim Morhard told The Daily Caller. “And for the first time, we’re going to have a commercial organization that has built this spacecraft and launched it.”

The NASA and SpaceX team will continue working up until the very moment the spacecraft is launched to reduce any risks and ensure there are no issues. Its goal is to continue to safely, reliably and affordably fly astronauts back and forth to space. (RELATED: NASA To Launch First American Astronauts To International Space Station, From American Soil, In Nearly A Decade)

The last crewed flight from American soil on an American spacecraft to the International Space Station (ISS) was the Atlantis space shuttle in 2011. Since then, NASA has been paying the Russians to transport astronauts to the ISS; however, now is the opportunity “to have unfettered access” to the ISS without having to rely on the Russians for transport, according to Morhard. 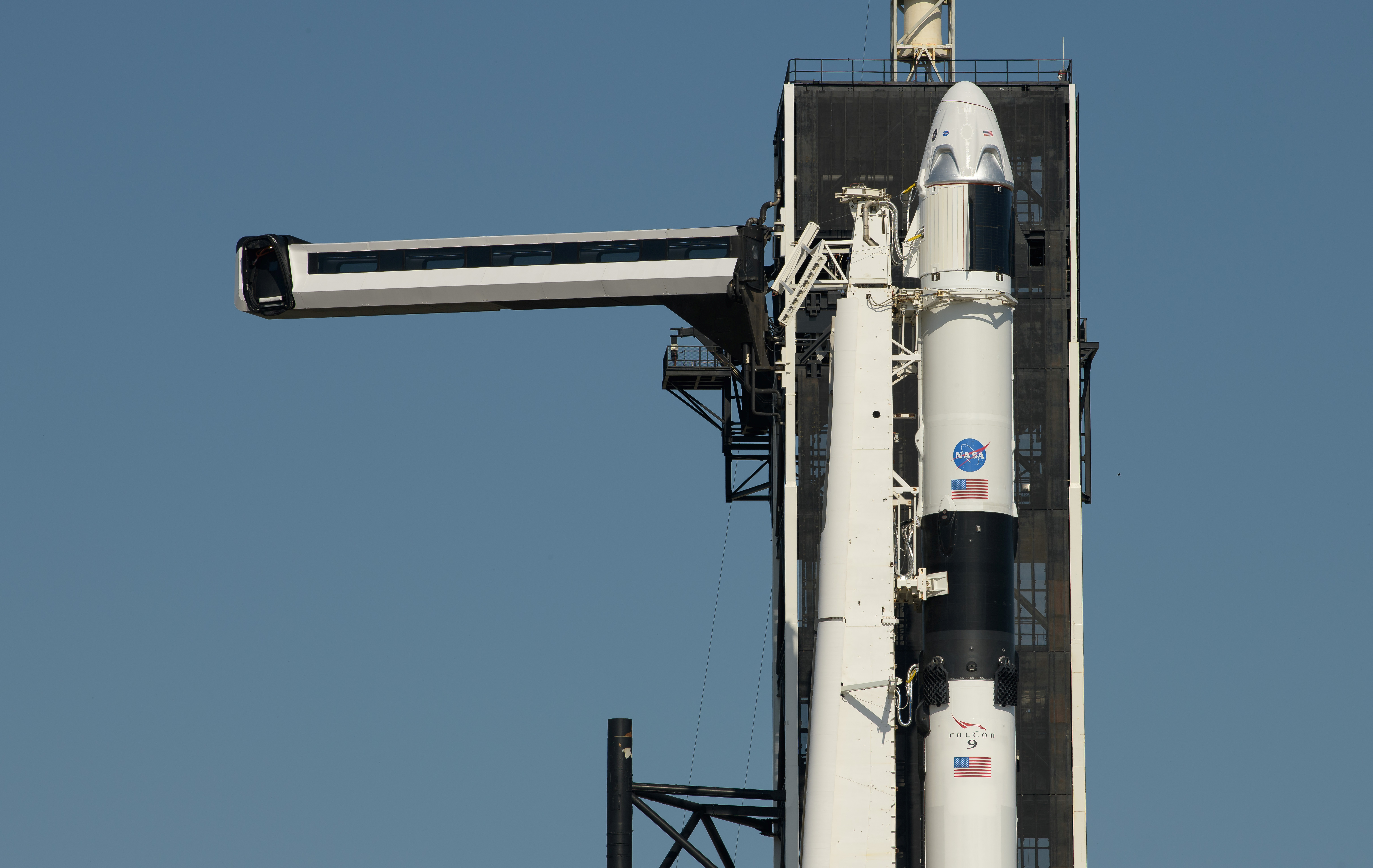 The crew access arm is swung into position to a SpaceX Falcon 9 rocket with the company’s Crew Dragon spacecraft onboard on the launch pad at Launch Complex 39A at NASA’s Kennedy Space Center as preparations continue for the Demo-2 mission to the International Space Station, in Cape Canaveral, Florida, U.S. May 21, 2020. NASA/Bill Ingalls/Handout via REUTERS.

Morhard expressed his amazement for both NASA and SpaceX’s work.

“One person said, ‘it was a thoroughness of thought and transparency,’ and that’s how they’ve worked together through all of this.”

SpaceX’s Falcon 9 rocket will launch the Crew Dragon spacecraft, which will be flown by veteran NASA astronauts Bob Behnken and Doug Hurley. Behnken and Hurley arrived at the Kennedy Space Center in Florida last Wednesday.

Launching in the middle of a global pandemic might result in smaller to no crowds on launch day, but the health measures associated with it are nothing new to NASA.

“We’ve always had that type of plan to ensure that [the astronauts] are not ill or incubating illnesses. We’ve always had steps that are basically going to prevent them from bringing the cold or a flu to the International Space Station.”

“Health stabilization” and “robust infectious control” are typical practices for NASA, Morhard explained. They will continue to follow those guidelines, which have been made even more stringent because of the pandemic. Once in space, a team of doctors will continually monitor the astronauts to ensure both health and safety for everyone.

They’re preparing to launch aboard a @SpaceX Crew Dragon spacecraft and fly to the @Space_Station. Liftoff is slated for May 27 at 4:33 pm ET: https://t.co/HoG4JhRE2O pic.twitter.com/2HUrGJTKsx

NASA’s Human Spaceflight Office recently underwent changes only days before its first launch in nearly a decade. Doug Loverro, who was appointed in Oct. 2019, stepped down as the Human Spaceflight Head on May 18.

“Doug Loverro did an incredible job and he changed how NASA’s approaches human exploration through commercialization.” Morhard added that Kenneth Bowersox, a former astronaut who previously held the position, is currently holding the position as the process begins to find a replacement.

The launch will take place Wednesday at 4:33 p.m. EDT from the Kennedy Space Center in Florida.

NASA TV will be streaming the launch as well as events leading up to it starting Monday, including briefings, the SpaceX Falcon 9 Rocket, and much more.

“We’re looking forward to a safe launch and [to] get them home safely.”