At one point captured and forced into slave labor, 95-year-old World War II paratrooper Henry Langrehr tells his story for the world, even the parts that he is ashamed of.

After escaping a labor camp, the raggedy young soldier was caught behind enemy lines draped in American uniform and fighting for survival. He was starving. His odds of making it out alive were low. But with the stars to guide him and a loaded gun he took from a Nazi who had killed his friend, Langrehr found his way eastward to the American front. 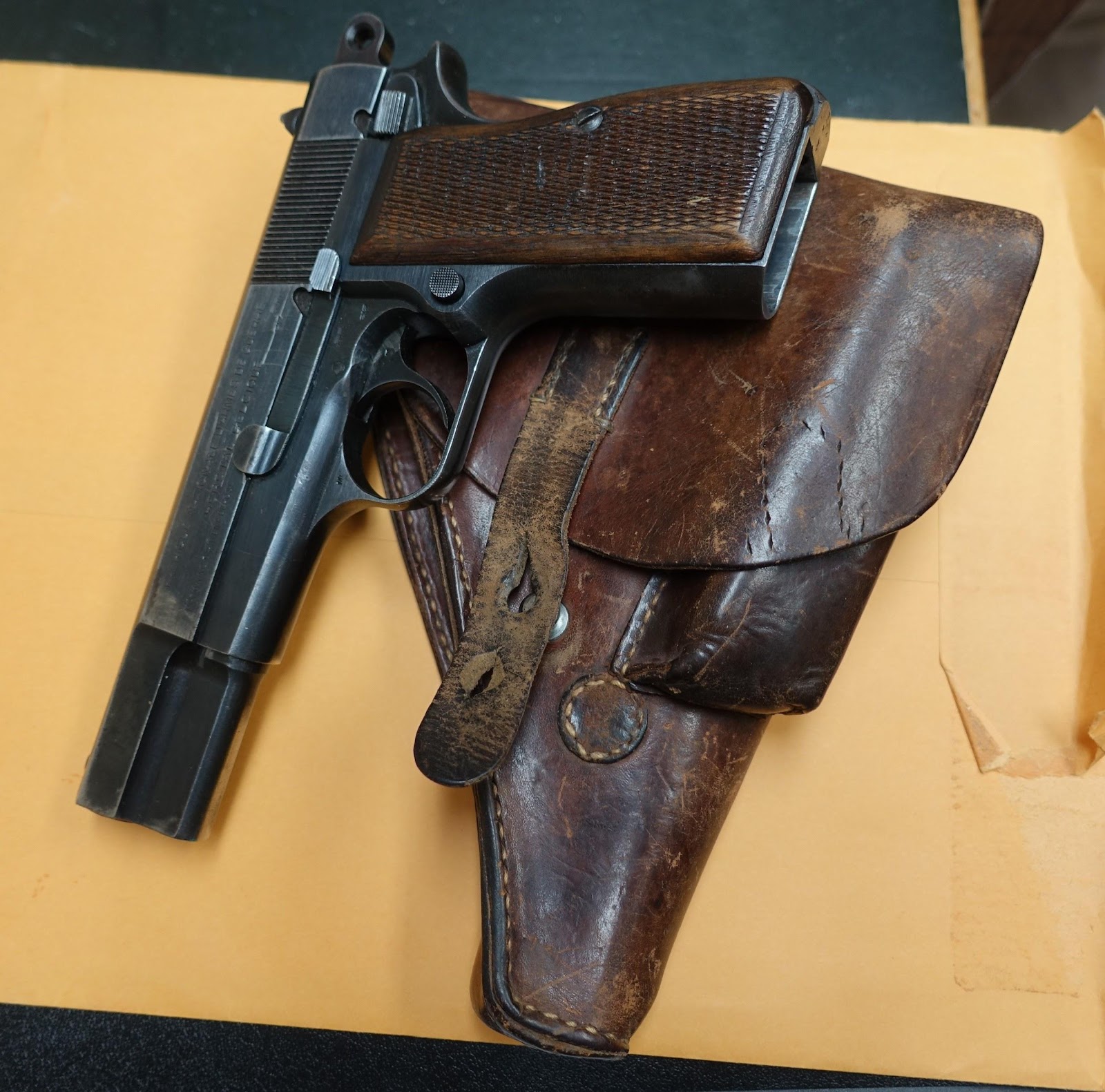 The gun Langrehr took from a Nazi who had killed his friend. (Photo provided to the Daily Caller by Henry Langrehr)

Surviving that treacherous journey left a trail of German blood, something which haunts Langrehr to this day.

Once, when Langrehr attempted to drink water out of a well, a woman began to scream, “Yankee!” (Yankee was slang for an American). He lifted his weapon and shot her.

“There is one place in the book where I did something that bothers me and it still does,” Langrehr said. “That young lady — under the circumstances you gotta realize that you’re like a caged animal. And I had such a hatred for the Germans anyway after seeing everything they had done and seeing what happened during combat — so I had a terrible hatred. Like the book said, ‘whatever it took.'” 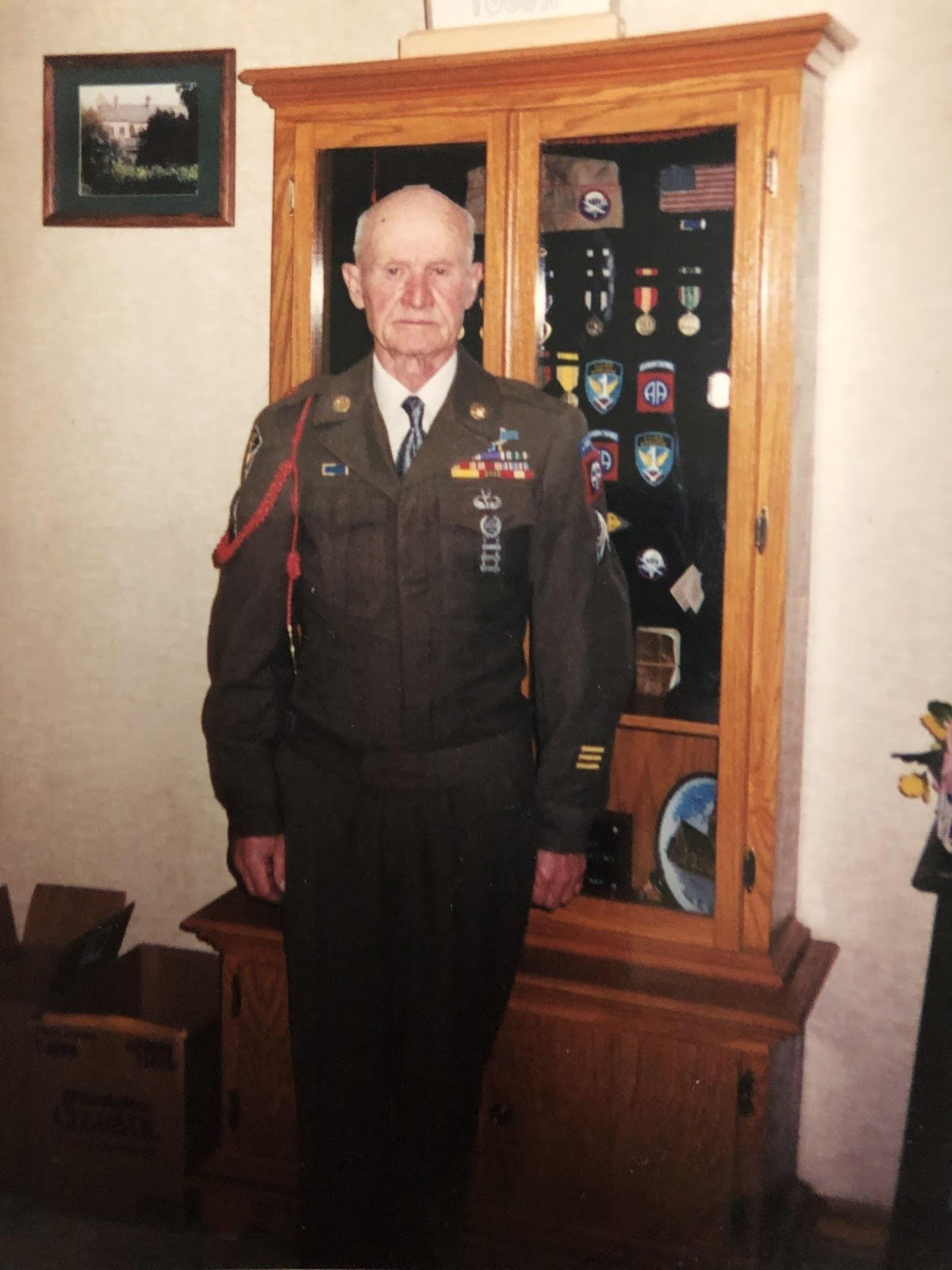 Langrehr in his Iowa home. (Photo provided to the Daily Caller by Henry Langrehr)

Langrehr said he couldn’t think about what he was doing at the time. He had to keep moving and finding sustenance, even if that meant killing an apparent civilian or drinking water from a vase filled with fresh flowers and placed on a grave.

By the time Langrehr volunteered to serve in World War II, prior to his capture, the German troops had already taken over France and most of Europe. The Nazi SS officers were running death camps like smooth machines. They had succeeded as part of “the final solution to the Jewish question” in murdering millions of Jews and other people they deemed inferior.

The book “Whatever it Took” is of great historical significance. This account shows the valor and sacrifice of American soldiers who gave their lives for the freedom of others. “Whatever it Took” is also an important eyewitness account of one of the greatest atrocities to have ever occurred: the Holocaust. (RELATED: VE Day: America Celebrated Victory In Europe — 75 Years Ago)

As a soldier on the ground, Langrehr said he had not heard what was going on in the concentration camps. After his capture in France, however, the train in which he was being transported stopped in front of a death camp. He believes it to have been Auschwitz.

“We saw the train that brought the people into the concentration camp and even the smell was terrible there,” he told the Daily Caller.

The smell came from a chimney running 24 hours a day as Nazis attempted to eradicate the mounting forensic evidence of their death machine by cremating the bodies. It was a final act of insult to Holocaust victims, sending them into what the Nazis hoped would be oblivion.

“They couldn’t cremate them fast enough,” he said, “so they gassed them and filed them next to the fence where we were at.”

The gas chambers could kill over a hundred victims at once. Langrehr described the way the bodies were piled near the barbed wire fence of the camp.

“There was little children and mothers and old men but they took all their clothes. They had nothing on. They even sheared the hairs off of them,” Langrehr recalled. “It was pretty bad. So nobody could ever say that there wasn’t a Holocaust. There certainly was. And I know because I was there and I saw it.”

Langrehr makes an interesting distinction between the SS officers who worked at the camps and the Germans fighting against the Americans. He said that the soldiers for the most part were just doing the job of fighting for their country, but the SS were “cold-hearted people.”

“The German soldier — he probably was alright. Talking to some of the [German] prisoners [of war] who could speak English, they were glad to get out of the war, period. But people who were in the [camps], they were a different kind. The SS — they were terrible people — they didn’t care whether you lived or died, period,” he said.

While explaining the difference between German soldiers and the SS, Langrehr repeatedly used the description “cold-hearted.” There are few words adequate to describe the horror the Nazis caused through their devotion to Hitler.

Two out of every three European Jews were killed, with the final number being 6 million Jews. The Nazi SS also eradicated 5 million non-Jews they deemed unworthy, including gypsies, homosexuals, disabled persons, communists and political opponents.

Langrehr described the characteristics of an SS officer to the Caller. He said they were arrogant, cruel and had no sense of the value of human life.

“Hitler is their God, period. And they stood up for that — I mean they did anything they had to do,” he recalled. “That’s why they had the concentration camps and that’s why they treated people the way they did, ’cause they were told that way. And they were cold-hearted people. So they were not good people, period.”

Langrehr, just one inmate of many millions, was subjected to beatings and forced to work in the coal mines to help the war effort, in violation of the Geneva Convention. He says in the book that if any inmate could not work, they were beaten and killed. The hard labor itself was designed to kill. 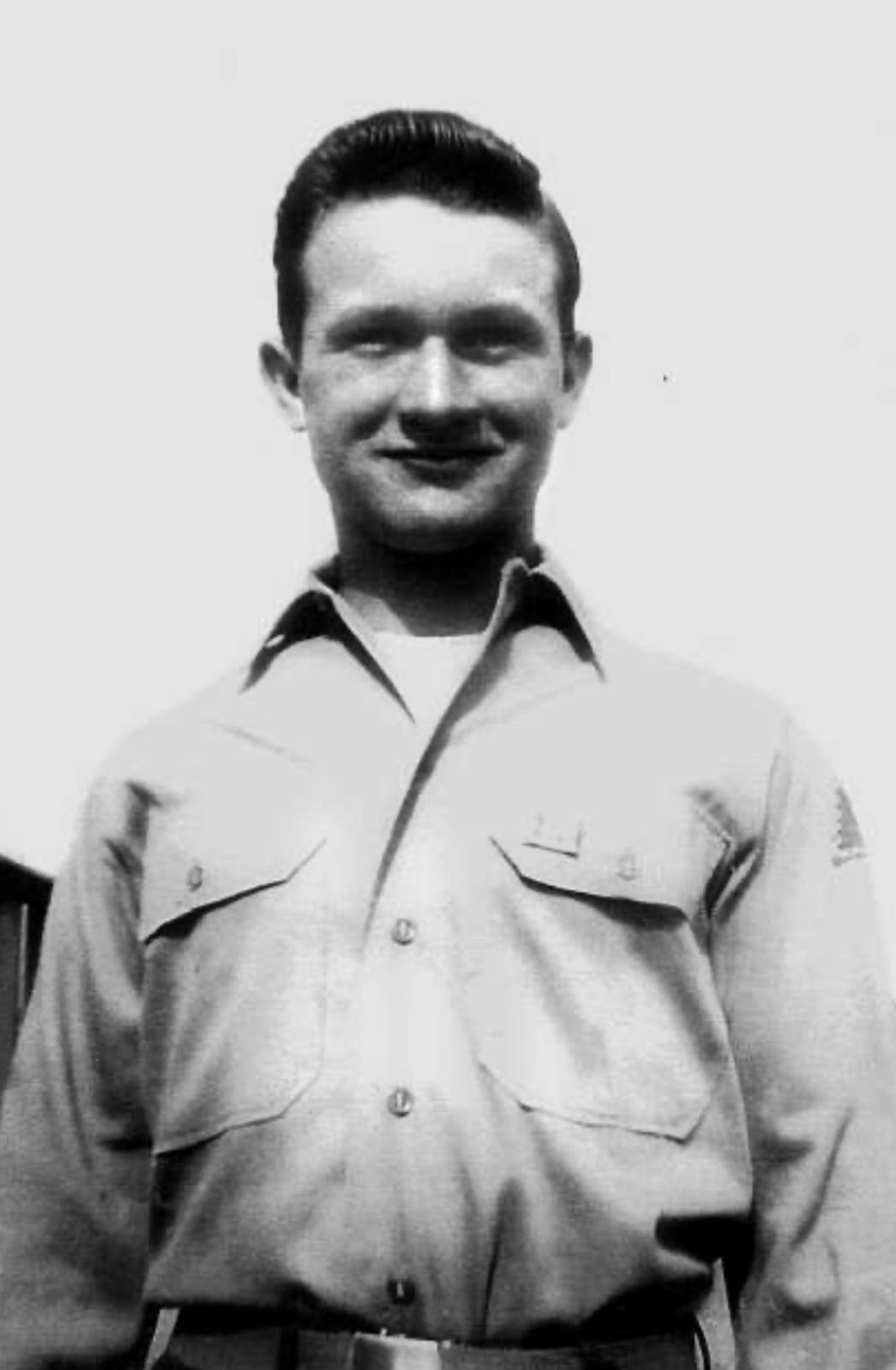 “Down in the mine, you worked so hard you sweat. Then you’d come back up, and as you were marched back to camp your clothes would freeze on you,”  he wrote. “The bodies kept appearing at the end of each shift.”

Langrehr eventually decided to escape with a fellow inmate. During their attempt, his friend was killed by an SS guard. (RELATED: 104-Year-Old WWII Veteran Recovers From COVID-19 Just In Time For His Birthday)

Surviving the war with such experiences and so many friends lost has been hard to live with, he said. Langrehr feels guilty. He asks himself why he was chosen by God to survive. He regarded himself as a “heathen” and a non-believer during the war. At one point during his lifetime, he travelled back to France with his family to visit the town where he had fought the Germans.

“There are so many of my friends buried in the cemetery there, to see their name on the marble cross, just made me feel bad,” Langrehr said. “Why did I survive, and why didn’t they? I’ve gotten married. I had a family, children and grandchildren, and they didn’t. They died setting people free.”

Langrehr still has his World War II-era possessions that reminded him of the life waiting for him at home: a Bible and a picture of his girlfriend Arlene, now his wife of nearly 74 years. These items gave him strength during his descent into France, throughout capture and forced labor and during his eventual escape. 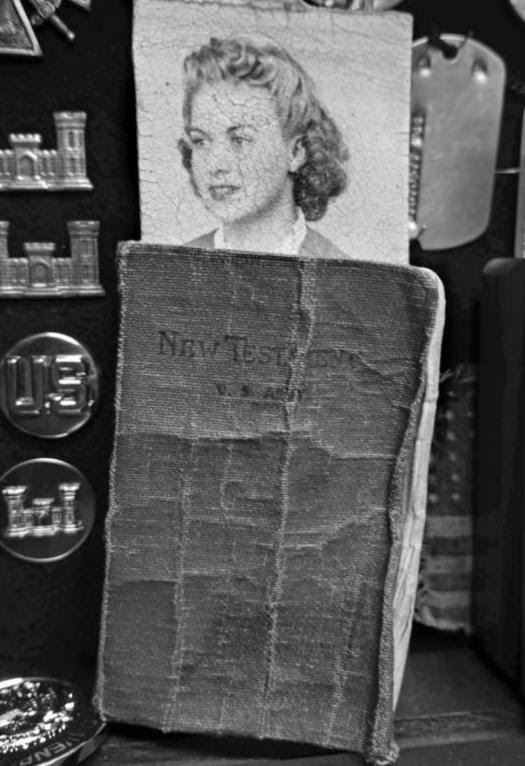 A photo of Langrehr’s Bible and his then-girlfriend and future wife, Arlene. (Photo provided to the Daily Caller by Henry Langrehr)

“[Arlene’s picture] was the thing that brought me through, because I wanted to get back home. She has always been everything in my life,” he said.

“I had two friends die in my arms. One was saying the Lord’s Prayer and the other one said the 23rd Psalm. And that made an impression on me,” Langrehr said. “Nobody in my family ever went to church. I had no faith myself, but when I seen how they died compared to the other guys I knew who weren’t Christians — [who] would be calling for their mother or something else — but [the soldiers with faith] would think of the here-afterwards, where they were going.”

Having been raised in a non-religious home, it was war and later Arlene who taught Langrehr about God. Arlene believed her Henry would return home, even when he was declared to be missing in action and there was no information about his whereabouts. As the story goes, “she just knew.”

The book, published May 5 during Military Appreciation Month, doesn’t focus on blood and guts, as many military memoirs might. The absence of these details capture Langrehr as a person.

He is a soft-spoken, deeply moral man, who believes we are here to do good in the world, as his comrades had done when they fell fighting to free people caught under Nazi occupation. (RELATED: 7 Minutes To Live: The Extraordinary Story Of D-Day Veteran Andy Andrews)