In an interview with the Sunday Times of London published Sunday, Omar said, “I do believe Reade. Justice can be delayed, but should never be denied.”

Omar, who supported Democratic Vermont Sen. Bernie Sanders during the Democratic presidential primaries, also told the outlet that Biden would not be the Democratic Party’s nominee if she were able to make the decision. 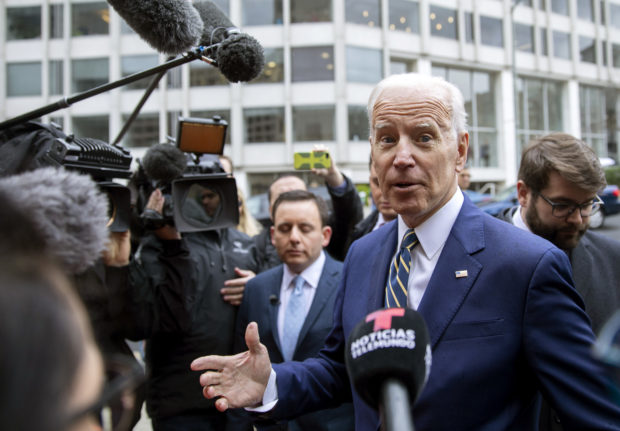 Reade’s allegation that Biden sexually assaulted her in 1993 while she was employed as one of his Senate staffers has been met with a variety of responses from Democrats. (RELATED: ‘Preposterous On Its Face’: Martha MacCallum Analyzes #MeToo Movement In Light Of Tara Reade)

Some, such as Democratic California Sen. Diane Feinstein, have openly questioned Reade’s story. Others, including Democratic New York Rep. Alexandria Ocasio-Cortez, have continued to endorse Biden while being less critical of Reade. Ocasio-Cortez said the accusations are not “clear cut,” but acknowledged that “something” likely happened.

The Nation columnist Katha Pollitt recently wrote that she would vote for Biden “if he boiled babies and ate them.”

Some, including The Washington Post’s editorial board, have criticized “inconsistencies” in Reade’s story.

Meanwhile, in an interview with MSNBC host Lawrence O’Donnell, Biden said that if people believed Reade, “they probably shouldn’t vote for me.”