Prosecutors have asked a court to sentence 50-year-old former U.S. Marine Paul Whelan, who is accused by Russian authorities of being a U.S. spy, to 18 years in prison.

Whelan denies all charges and says he was set up. His lawyer, Vladimir Zherebenkov, says that the prosecution claims his client is a U.S. intelligence colonel who was attempting to obtain classified information, according to a Reuters report.

Whelan was arrested in his Moscow hotel room and has been in custody since December 2018.

After the prosecution requested the 18-year sentence Monday, Zherebenkov told reporters that “the prosecution has made a very harsh demand,” calling it “unjustified and groundless.” 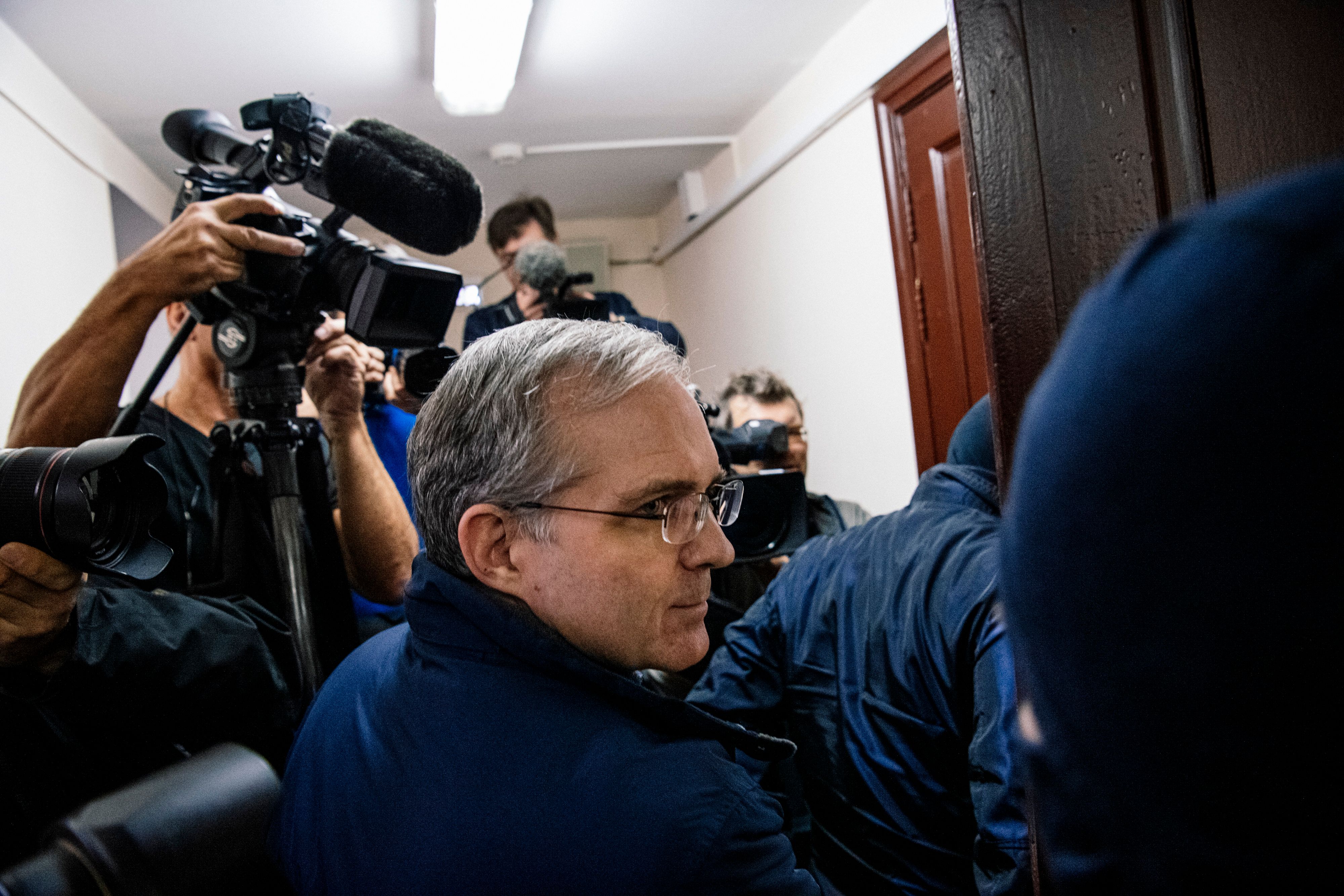 US-British Paul Whelan (C), a former US Marine accused of espionage and arrested in Russia in December 2018, is escorted for a hearing to decide to extend his detention at the Lefortovo Court in Moscow on October 24, 2019. (Photo by Dimitar Dilkoff/AFP via Getty Images)

“To be honest, we’re in shock,” he said. (RELATED: Former Marine Arrested In Russia On Espionage Charges Asks Trump For Help)

The trial is not open to the public, mostly taking place behind closed doors. Whelan’s lawyer has been providing most of the information about the trial since it began March 23, Reuters reported.

“There is no legitimacy to a procedure that is hidden behind closed doors,” U.S. Ambassador in Moscow John Sullivan said, calling it a “secret trial” and a “mockery of justice.”

“It is not transparent, it is not fair, and it is not impartial,” Sullivan added.

Zherebenkov said that his client had no idea that photos he was receiving contained classified information, and believed the photos were from a vacation he took with an acquaintance. The defense says Whelan was set up, saying that “This was a game by Russia’s Federal Security Service.”

Russian authorities claim that Whelan has faked health problems in prison to bring attention to his case after the former Marine accused prison guards of mistreating him and denying him medical services.

The verdict is expected to be delivered June 15, according to Zherebenkov.

1
Farrakhan Accuses Fauci And Bill Gates Of Plotting To 'Depopulate The Earth' With Coronavirus Vaccine
US
2
Leo Terrell: ‘Embarrassed To Be A Democrat’ After DNC Plays ‘Race Card’ With Mount Rushmore
Politics
3
Colin Kaepernick Condemns July 4th As 'Celebration Of White Supremacy'
Sports
4
Melania Wows In Stunning White Dress For Fourth Of July WH Celebration
Editorial
5
This Video Proves That America Is Amazing
US