President Donald Trump on Sunday said he has finished his prescription of hydroxychloroquine, as a preventative measure from coronavirus.

“Finished, just finished,” Trump said on “Full Measure with Sharyl Attkisson” during an interview that with Sinclair Broadcasting when asked if he was still taking the drug. “And by the way, I’m still here. To the best of my knowledge, here I am,” Trump added.

The comments come as Trump told the media last Monday that he had started taking Hydroxychloroquine “a couple of weeks ago,” Fox News reported. 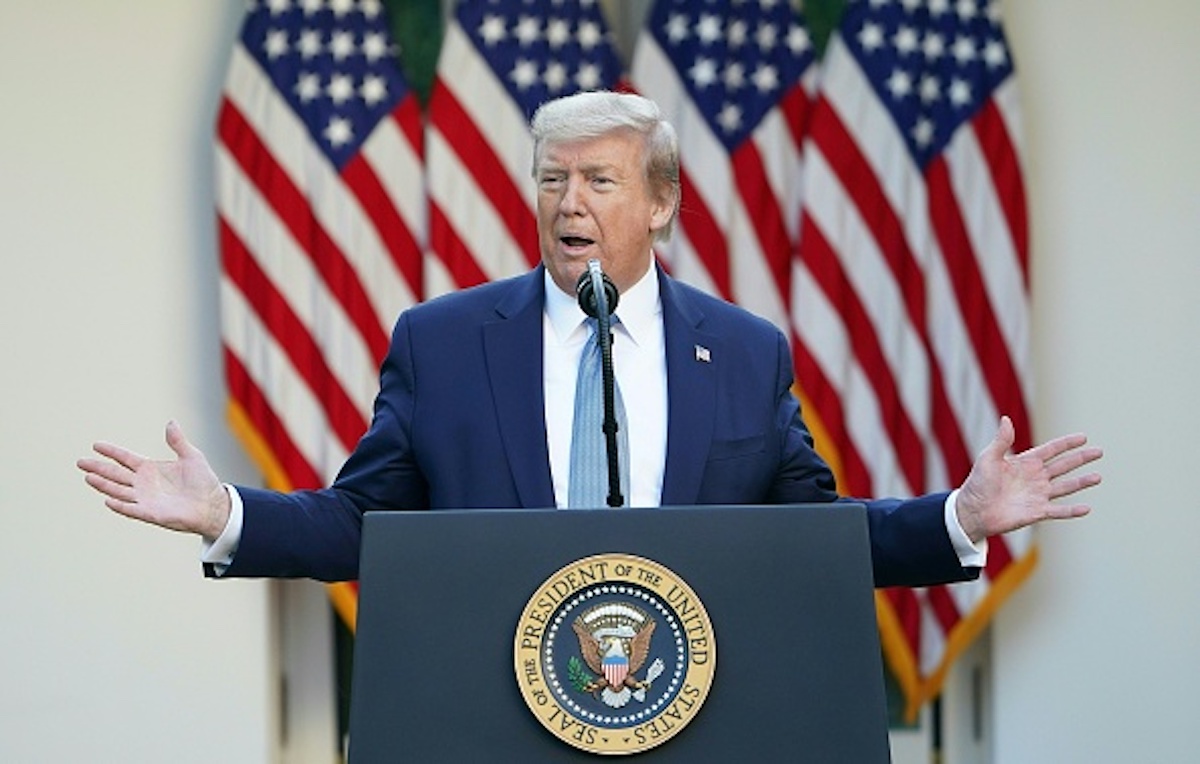 Speaker of the House Nancy Pelosi called President Donald Trump “morbidly obese” last week after he announced that he has been taking hydroxychloroquine as a coronavirus preventative treatment for more than a week. (RELATED: Pelosi Calls Trump ‘Morbidly Obese’ On CNN)

In an appearance on CNN, Pelosi was asked about Trump’s usage of hydroxychloroquine, to which she responded by saying “He’s our president and I would rather he not be taking something that has not been approved by the scientists, especially in his age group and in his, shall we say, weight group — morbidly obese, they say” Pelosi said to CNN’s Anderson Cooper. (RELATED: Trump Snaps On ‘Waste Of Time’ Pelosi Over Obesity Remark, Claims She Has ‘Mental Problems’)

Trump told the Daily Caller that Pelosi is a “waste of time,” when asked about her comments and told other reporters that she is a “sick woman” Tuesday.