Canadian soldiers called to help nursing homes discovered disturbing evidence of negligence, including cockroach infestations and elderly residents left in soiled diapers for hours while their calls for help were ignored, Reuters reported.

Ontario and Quebec are among the country’s hardest hit provinces, where 1,400 soldiers are working. A report by the armed forces reveals the magnitude of the virus among the elderly population at nursing homes and the horrific treatment of residents by staff who reportedly ignored calls for help and would reuse unsterilized equipment, according to Reuters.

Nursing homes account for around 80% of all coronavirus deaths in Canada, highlighting the threat the virus poses to vulnerable populations.

In five of Ontario’s most impacted nursing homes, residents were left in soiled diapers and “significant fecal contamination.” Cockroaches and ants were also found in patient rooms.

Residents were also bullied, drugged, and left for hours and days in soiled bedding, according to CBC.

One assessment described a resident who was fed while lying down. The resident choked and could not be revived, with lack of care appearing “to have contributed to the patient’s death,” the report said according to CBC. Another senior fractured a hip and no care was provided.

Patients were also observed crying for help with staff not responding for 30 minutes to over two hours, according to the report.

“It was the most heart-wrenching report I have read in my entire life,” said Ontario Premier Doug Ford, at one point on the verge of tears, Reuters reported.

Prime Minister Justin Trudeau said the reports were “deeply disturbing” and that he was saddened, shocked, and disappointed by the incidents.

The callous treatment of elderly residents at some Canadian nursing homes has been thrown into sharp relief by the coronavirus pandemic, which has also brought to the fore the unsuitable conditions at many American nursing homes, especially during the pandemic.

Democratic New York Gov. Andrew Cuomo faced criticism after it was revealed that the state had ordered nursing homes and other long-term care facilities to accept patients from hospitals who had tested positive for coronavirus, which experts say led to higher levels of death among nursing home residents. 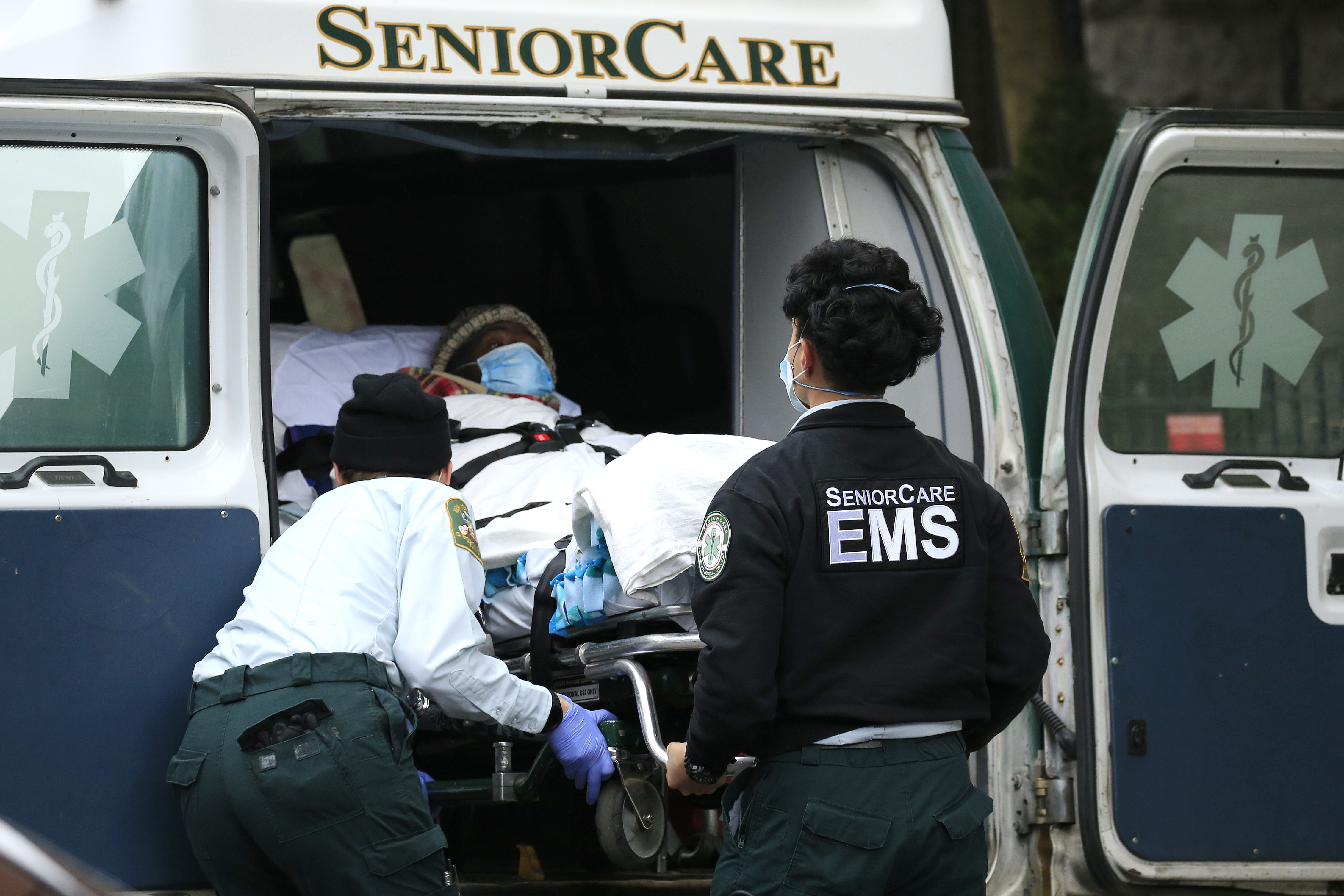 Emergency Medical Service workers unload a patient out of their ambulance at the Cobble Hill Health Center on April 18, 2020 in the Cobble Hill neighborhood of the Brooklyn borough of New York City. (Photo by Justin Heiman/Getty Images)