The Trump campaign on Tuesday flaunted comments from communist Cuba’s top diplomat in the U.S., expressing alarm over the possibility of a re-election victory for the president.

“China isn’t the only communist regime that would like to see Joe Biden in the White House,” the Trump campaign said in a press release Tuesday. “This weekend, the Cuban government announced its endorsement of Joe Biden, expressing hope that President Trump will lose in November.”

The press release referred to comments from Carlos Fernández de Cossío, the Cuban foreign ministry’s general director for the U.S,, during an interview to Agence France Presse, a French-based news outlet.

Fernández de Cossío said it would be a “very negative scenario” if Trump were to be re-elected in November.

“If the Republicans win … it’s a very negative scenario,” he said during the interview. “It would mean at least a continuation of the policy of aggression against our country.” 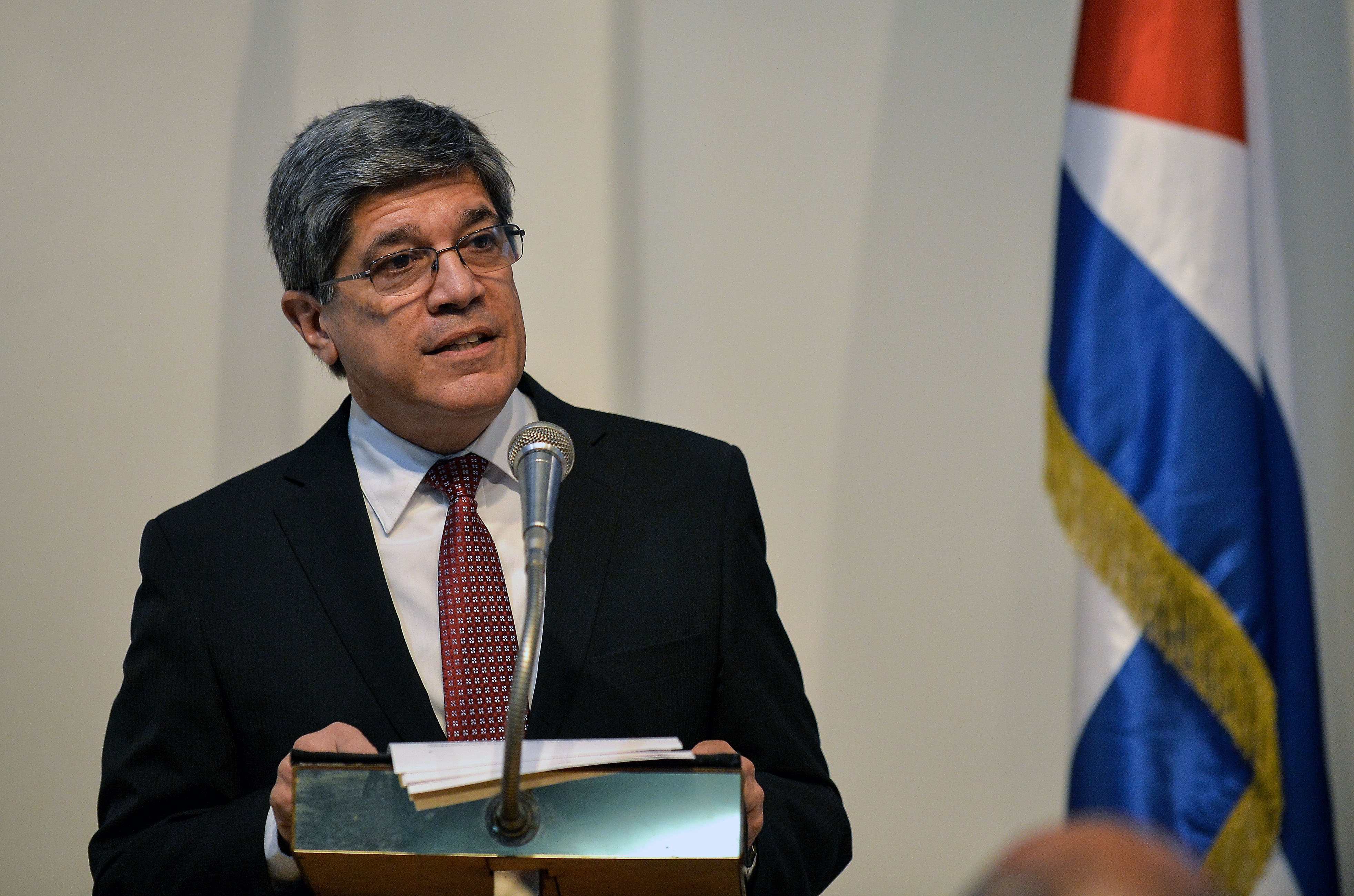 The head of US affairs at the Cuban Foreign Ministry, Carlos Fernandez de Cossio delivers a press conference on the alleged “acoustic attacks” which affected US diplomats, at the International Press Center in Havana, on March 14, 2019. (Photo by YAMIL LAGE / AFP) (YAMIL LAGE/AFP via Getty Images)

The Cuban diplomat went on to say that a second Trump term would be worse than the first because it’d keep in place “people with an anti-Cuban trajectory” within “important positions inside the government, in the State Department structures or the National Security Council.”

Fernández de Cossío’s comments came after Trump rolled back many of the overtures the Obama administration made to Cuba’s communist regime. The island had been subjected to an embargo by the U.S. since 1962, but former President Barack Obama eased tensions during his tenure, such as re-opening an embassy in Havana and lowering restrictions on imported products.

Since assuming office, Trump ramped sanctions back up against the Cuban government. In a 2017 memorandum, the Republican president imposed new travel and commerce restrictions against Cuba, with the aim of keeping Americans from conducting business with entities tied to Havana’s military and security services. Those restrictions had been relaxed during the Obama administration. (RELATED: Trump Places New Restrictions On Travel And Trade To Cuba)

Former Vice President Joe Biden, who is now the Democratic Party’s presumptive 2020 presidential nominee, has pledged to return to Obama-era relations with the Castro regime and reverse the sanctions put in place by Trump.

“In large part, I would go back,” Biden said during an April interview with a CBS affiliate in Miami, Florida. “I’d still insist they [the Cuban government] keep the commitments they said they would make when we, in fact, set the policy in place.”

The Trump campaign on Tuesday attacked Biden for not yet publicly disavowing “the Cuban government’s support for his candidacy.”