A 94-year-old man was killed in San Francisco by a homeless man who locals say routinely threatened the elderly and kids in the neighborhood, KRON 4 reported.

Leo Hanzil was killed while walking his dog Monday morning in Glen Canyon Park in San Francisco, according to KRON 4.

A supervisor, Rafael Mandelman, told KRON 4 that there had been an altercation between Hanzil and a homeless man, who assaulted him. Hanzil was discovered on the ground in critical condition and didn’t survive. 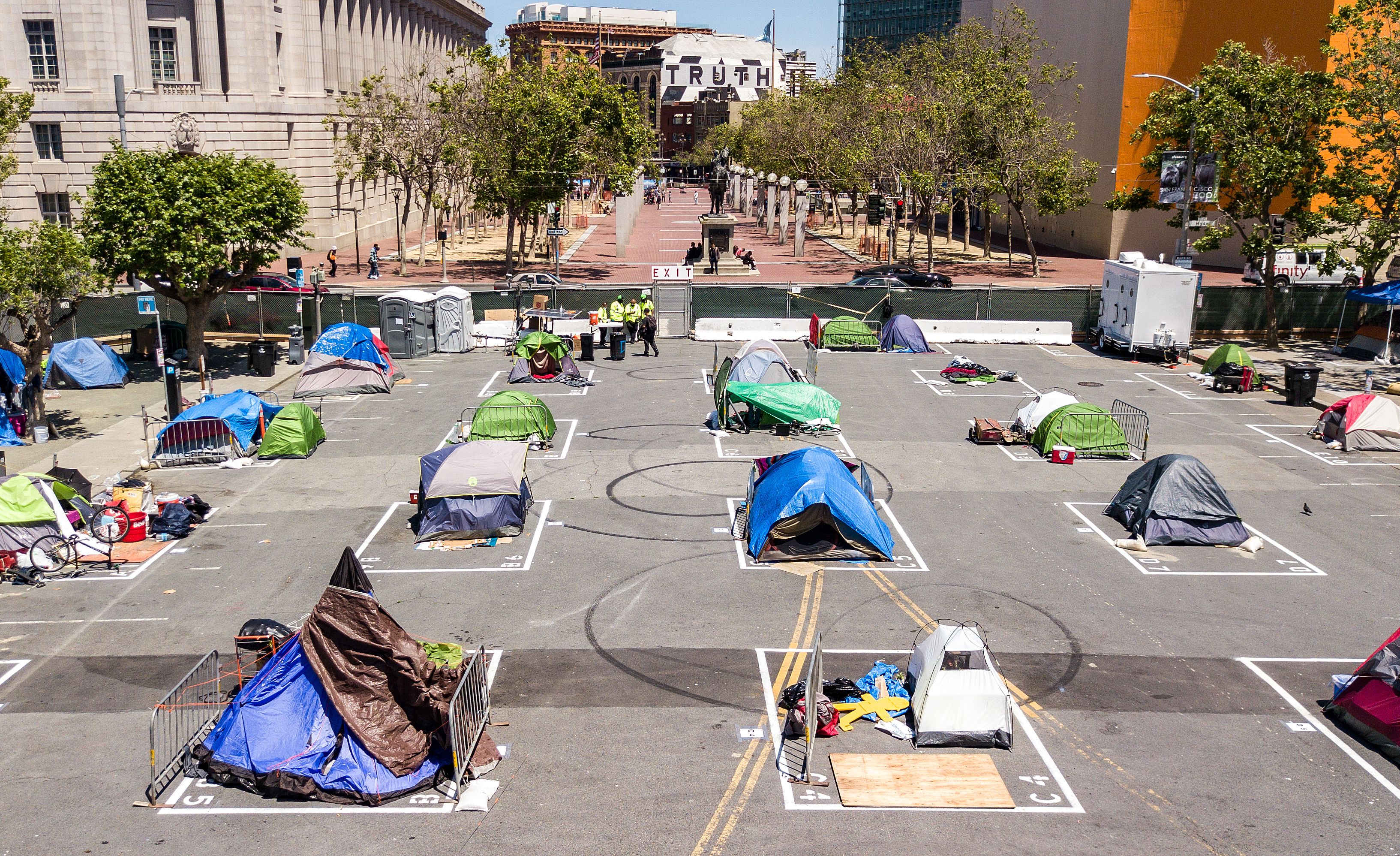 Rectangles are painted on the ground to encourage homeless people to keep social distancing at a city-sanctioned homeless encampment across from City Hall in San Francisco, California, on May 22, 2020, amid the novel coronavirus pandemic. (Photo by JOSH EDELSON/AFP via Getty Images)

Police arrested 54-year-old Peter Rocha, a homeless man matching the description of the suspect responsible for the assault.

Locals in the neighborhood had been complaining about Rocha’s behavior for some time, according to Mandelman.

“We’ve been hearing from neighbors, he’s been out on the street threatening folks, they called police many many times, older folks felt very threatened in particular, kids, he has been a challenge in the neighborhood for sometime and the police have been out and talk to him and offered him services on many occasions and people knew he was suffering from mental illness, he was not taking his medication but the police were not able to get him services and nobody else was either,” Mandelman told KRON 4.

Rocha is being held without bail and faces homicide, assault, and elder abuse charges. 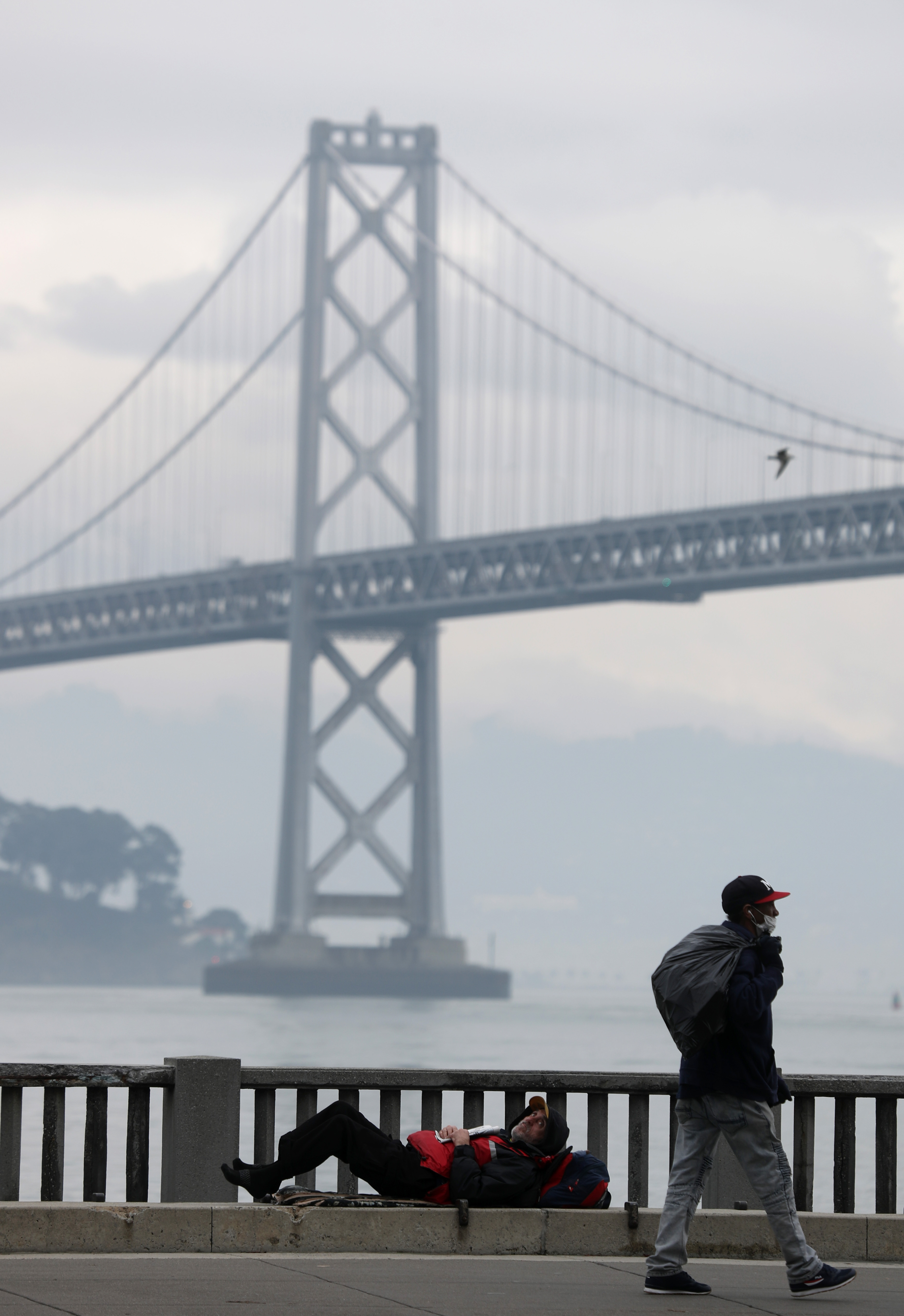 A homeless man lays on the sidewalk near the San Francisco–Oakland Bay Bridge on December 05, 2019 in San Francisco, California. (Photo by Justin Sullivan/Getty Images)

City officials convened in 2018 to specifically discuss the issue after a mentally ill homeless man viciously attacked a father while he was walking his young son. (RELATED: San Francisco’s Homeless Population Is Surging — And Getting More Violent)