Despite economists’ projections of a 22% decline of newly built home sales between March and April, and an actual drop in sales of existing homes in March, prices continue to rise in the midst of a recession.

A dwindling supply, historically low interest rates and a moratorium on foreclosures of federally backed mortgages due to the CARES Act are all reasons why individuals are buying and prices are rising, according to Axios.

“Demand absolutely just got a kick in the gut, but at the same exact time, so did supply,” said Skylar Olsen, senior principal economist at Zillow Group, according to the Wall Street Journal.

Total listings of homes for sale have hit a five-year low, while the median listing price increased 1% from last year at $308,000, according to what Real-estate brokerage Redfin Corp. said to the Wall Street Journal. The Commerce Department’s new home sales report also showed that home sales increased in April despite coronavirus lockdown measures expected to stifle that number. 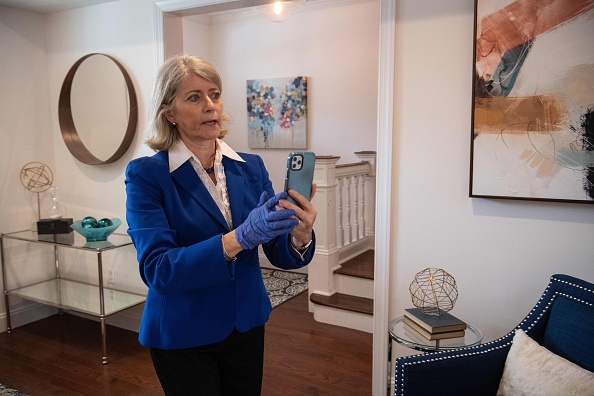 Real estate agent Dana Scanlon conducts a virtual tour of a house with a client over Facetime in Washington, DC, on April 27, 2020. (Photo by NICHOLAS KAMM/AFP via Getty Images)

The last major economic recession in this country saw home prices plummet, but that hasn’t been the case this time around as the median price of an existing home sold in April rose to a record high nominal value of $286,800, according to AXIOS. (RELATED: Unemployment During Coronavirus Pandemic Tops Entire 2008 Recession — New Jobless Claims Exceed 6 Million For Second Straight Week)

Although month-to-month sales dropped approximately 8.5% from February to March, according to the Wall Street Journal’s analysis of data from the National Association of Realtors (NAR), the supply of homes on the market also continues to drop. Since contracts take a few months to close out, the NAR data likely represents purchase decisions from January and February, according to the Wall Street Journal.