White House press secretary Kayleigh McEnany told the Daily Caller that there’s a “simple distinction” regarding President Donald Trump’s comments on mail-in voting and her own record of absentee voting “that the media fails to grasp.”

McEnany, responding to a Wednesday article from the Tampa Bay Times titled “Trump press secretary Kayleigh McEnany has voted by mail 11 times in 10 years,” stated that “absentee voting has the word absent in it for a reason.” 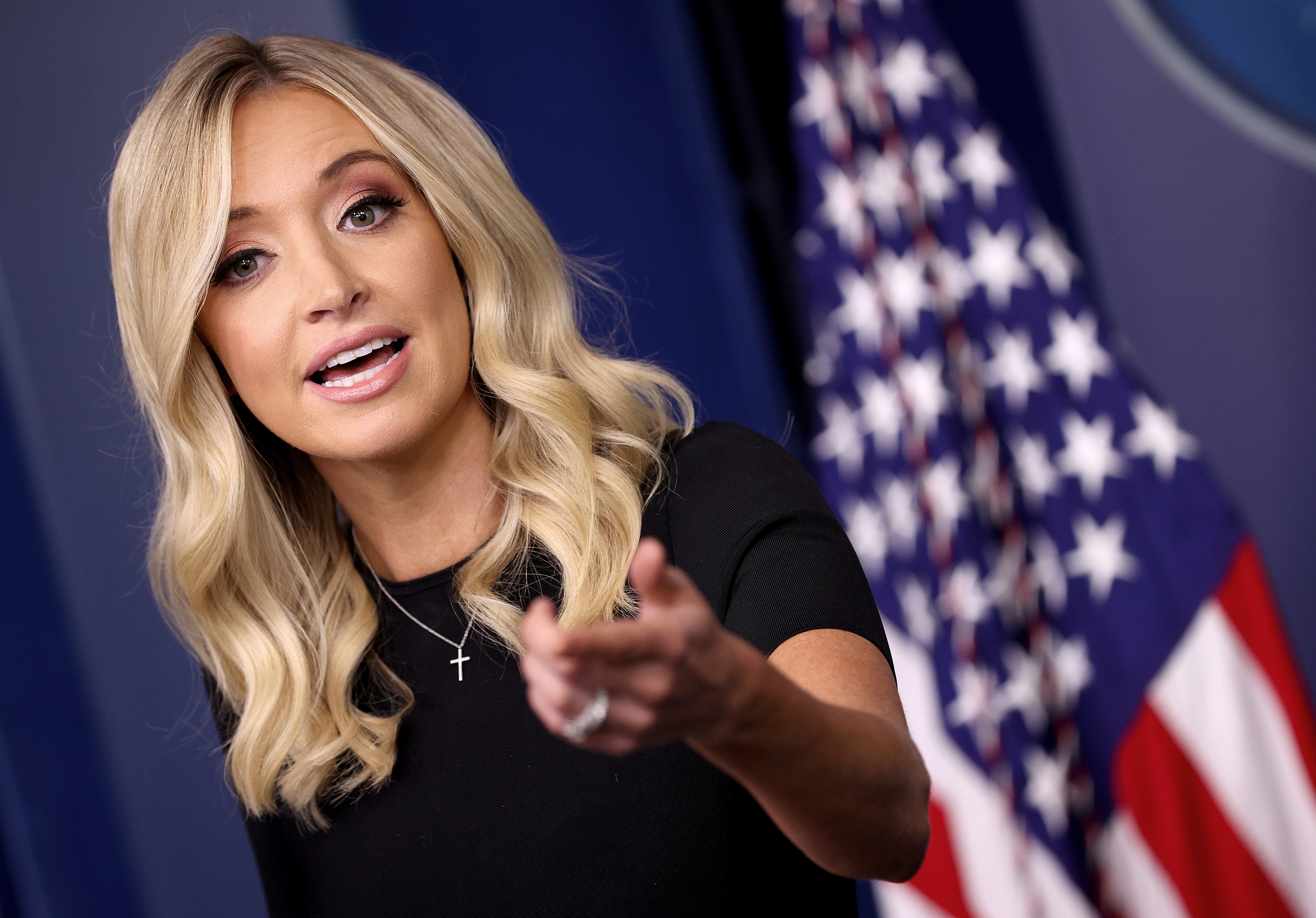 WASHINGTON, DC – MAY 26: White House press secretary Kayleigh McEnany answers questions during the daily briefing at the White House on May 26, 2020 in Washington, DC. McEnany answered a range of questions related primarily to the COVID-19 pandemic. (Photo by Win McNamee/Getty Images)

“It means you’re absent from the jurisdiction or unable to vote in person,” she continued. “President Trump is against the Democrat plan to politicize the coronavirus and expand mass mail-in voting without a reason, which has a high propensity for voter fraud.” (RELATED: Twitter Fact-Checks Trump For The First Time After He Claims Mail-In Ballots Will Be ‘Fraudulent’)

“This is a simple distinction that the media fails to grasp.”

Trump has frequently criticized efforts from some Democrats to move the November election to an all-mail voting system over coronavirus fears.

“There is NO WAY (ZERO!) that Mail-In Ballots will be anything less than substantially fraudulent,” he tweeted on Tuesday. “Mail boxes will be robbed, ballots will be forged & even illegally printed out & fraudulently signed. The Governor of California is sending Ballots to millions of people.”

….living in the state, no matter who they are or how they got there, will get one. That will be followed up with professionals telling all of these people, many of whom have never even thought of voting before, how, and for whom, to vote. This will be a Rigged Election. No way!

Twitter announced Tuesday that they will start fact-checking some of the president’s tweets regarding potential voter fraud, especially as it relates to mail-in ballots.

McEnany herself has echoed Trump’s statements on the subject in both press briefings and on Twitter.

Get the facts about mail-in ballots!

Will the media, and @Twitter, acknowledge these real concerns with mass mail-in voting?