Democratic Minnesota Sen. Amy Klobuchar declined to prosecute the police officer at the center of George Floyd’s death during her time as a state prosecutor in 2006, new reports show.

Ex-Minneapolis police officer Derek Chauvin, who can be seen kneeling on Floyd’s neck before his death, was involved in the shooting and death of a man who stabbed numerous people before a confrontation with the police in 2006, according to The Guardian.

Klobuchar, who then served as the Hennepin county attorney, decided not to prosecute Chauvin and the other officers involved in the shooting, leaving the case to a grand jury, which later declined to charge the officers, reports The Guardian. (RELATED: Officer Who Knelt On George Floyd’s Neck Has History Of Complaints)

Klobuchar’s office reached out to the Daily Caller to say the Hennepin County Attorney’s Office (HCAO) provided them with a statement that alleged the decision was made by Michael Freeman, the county attorney of Hennepin County. Freeman assumed office in 2007. The Caller has contacted the HCAO and will update the story if the office responds. Other media outlets, like The Guardian, have not updated their stories to place blame on Freeman.

NEW: I asked Amy Klobuchar to respond to the calls for her to drop out of the running to be Joe Biden’s VP amid scrutiny of her record as prosecutor in MN, when she declined to prosecute police. She said, “Joe Biden’s gonna make a decision on VP and I know he’ll make a good one.”

So the incident happened on Oct 2006, just weeks before @amyklobuchar was elected to Senate. Then after she was in Senate and no longer the prosecutor, a grand jury voted not to indict … and that’s somehow her fault? https://t.co/d2HhmTiOLD

Since Floyd’s death, reports have shown a history of complaints regarding Chauvin, a 19-year veteran of the Minneapolis Police Department, including some prior to 2006. Chauvin was placed on leave after his involvement in the shooting of an indigenous man in 2011, according to the Daily Beast. 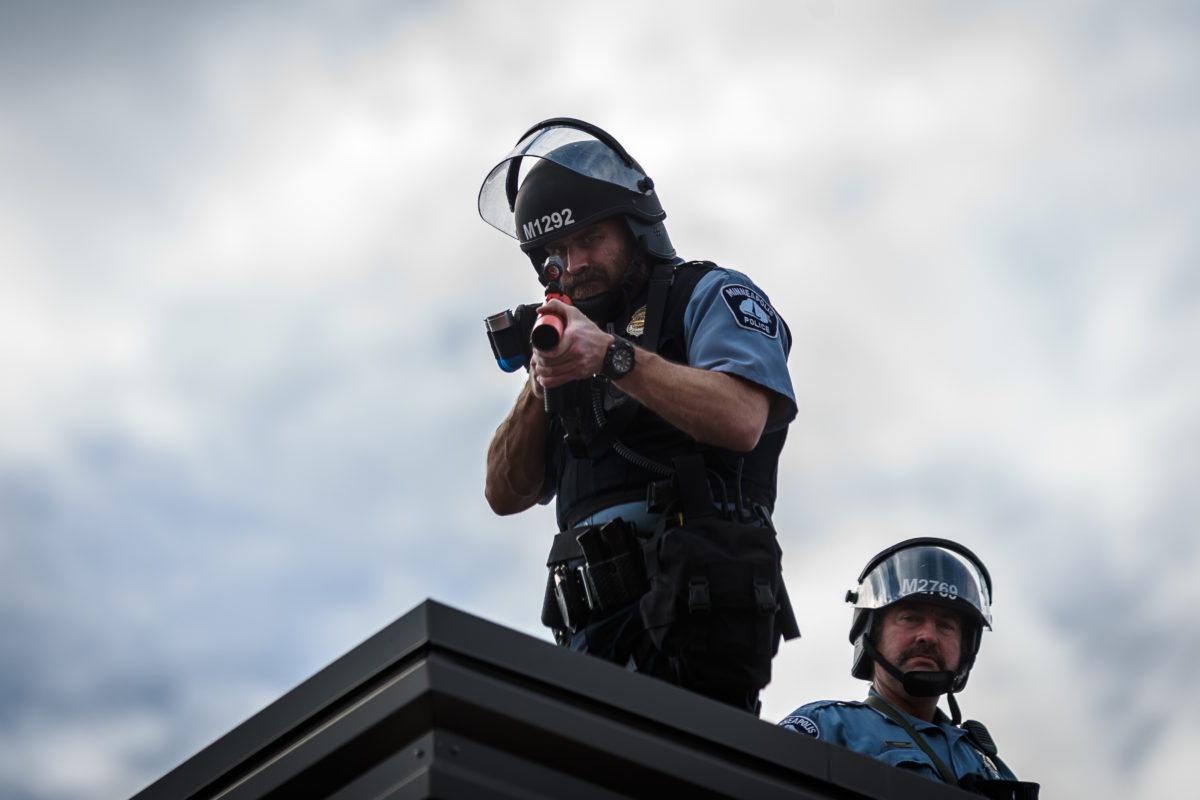 Two police officers stand on the roof of the Third Police Precinct holding a projectile launcher during a demonstration in a call for justice for George Floyd following his death, outside the 3rd Police Precinct on May 27, 2020 in Minneapolis, Minnesota. (KEREM YUCEL/AFP via Getty Images)

Klobuchar, who is considered to be a leading candidate for the running mate of former Vice President Joe Biden, has been heavily criticized for her previous record on police violence as a prosecutor. This includes declining to bring charges in two dozen cases regarding deadly shootings from police, according to The Washington Post.

Editor’s Note: The post has been updated to include details of correspondence from Klobuchar’s office.