We have now had time to digest the news of senior Obama political appointees — including Democratic presidential nominee Joe Biden — spying on President Donald Trump’s 2017 incoming national security advisor, Michael Flynn. It has been weeks since the news broke, but we have few answers as to what actually happened — and very few questions have even been asked.

Here’s what we know: Hillary Clinton’s campaign paid an opposition research firm to dig up dirt on Trump. The firm, Fusion GPS, then contracted Christopher Steele, a former British spy, to look for dirt on Trump in Russia. The results of this investigation were compiled in a document — the “Steele dossier” — that was subsequently leaked to both the FBI and the press. The FBI used the information in this paid political opposition research as justification to spy on Trump campaign operatives. At some point along the way, the FBI realized most of the dossier’s allegations about Trump and Russia were unreliable, and some were even influenced by Russian intelligence agents. But the FBI hid this information from the foreign intelligence court so as not to endanger their ability to spy on Trump’s team. 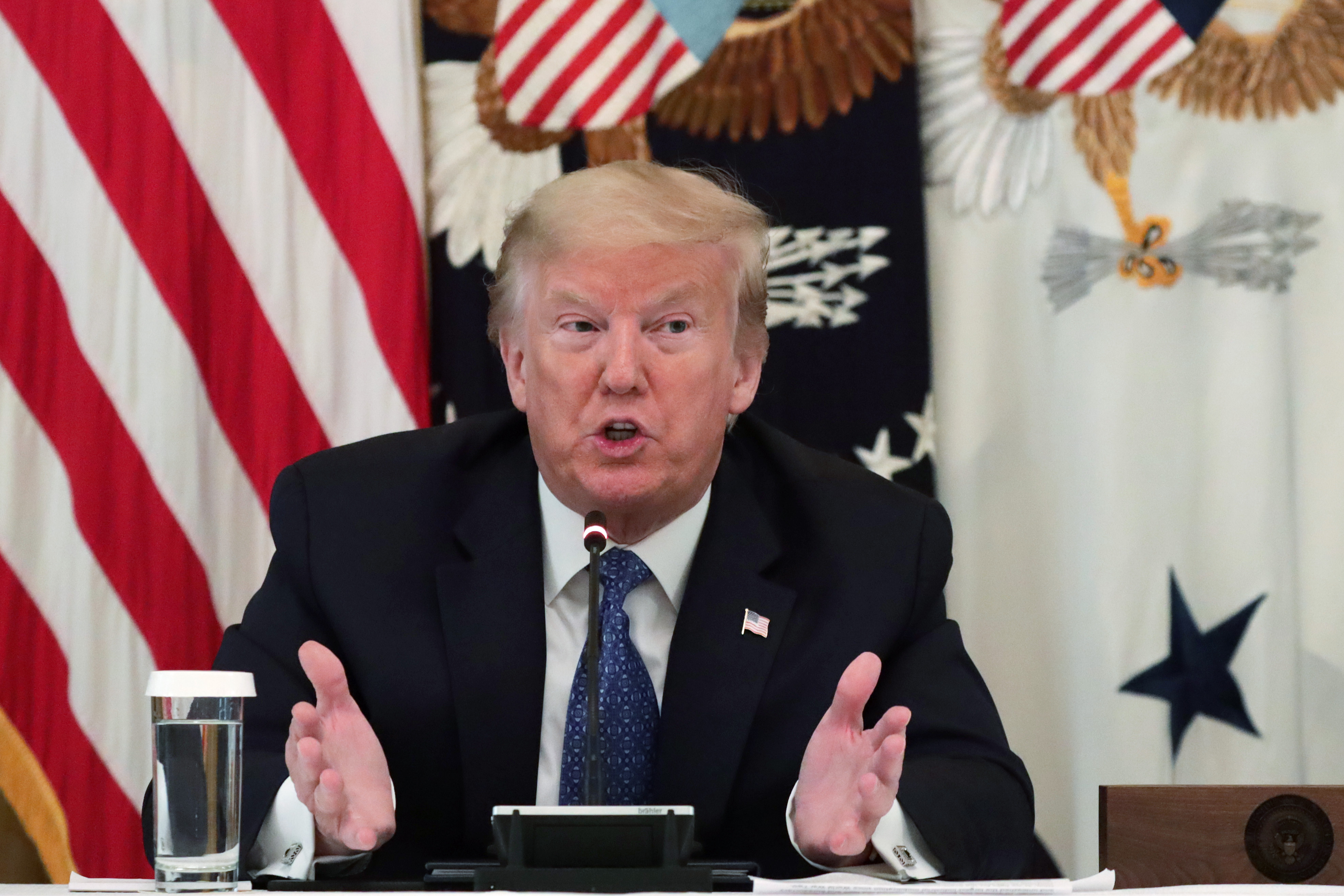 WASHINGTON, DC – MAY 19: U.S. President Donald Trump speaks during a meeting with his cabinet in the East Room of the White House on May 19, 2020 in Washington, DC. Earlier in the day President Trump met with members of the Senate GOP. (Photo by Alex Wong/Getty Images)

Even after Trump was elected president, the Obama administration’s law enforcement and intelligence agents continued to spy on the incoming president’s team. For some inexplicable reason, the Obama team decided not to disclose any of this to Trump, the man just elected by the American people to be their next leader. (RELATED: FBI Offered To Pay Christopher Steele ‘Significantly’ To Dig Up Dirt On Flynn)

Apologists for this behavior claim that spying on Americans through so-called unmaskings is really common. Most of the media accepts this argument, despite the fact that it raises a few obvious questions.

First, is anyone OK with our government being able to spy on American citizens with less than probable cause using the powers they have to spy on foreigners? There used to be some principled people who cared about civil liberties. Apparently, that sentiment is now less important if it gets in the way of removing Trump.

Second, even if these unmaskings are relatively common, how common is it for unmaskings to be requested by political appointees instead of law enforcement or intelligence agents? Answer: It’s not very common.

Third, and most telling, how common is it for political agents of one party to use our law enforcement and spying agencies to unmask their political opponents? To that last question, the answer may be never. Never before has this happened in the history of our country.

The peaceful transfer of political power between parties is one of the defining characteristics of our system. Those in office voluntarily relinquish power to the other political party when told to do so by the American people. No matter how much politicians may dislike it, they bow to the will of the people because in the end, in our system, it’s the American people who are supposed to be in charge. This is how we avoid civil wars.

Our first peaceful transition was in 1800, when Thomas Jefferson and his Republican party took over from the Federalists then in office. The two parties hated each other. The fact that power transitioned without the firing of a single bullet is considered extraordinary.

I still clearly remember Vice President Dick Cheney instructing us to do all we could to help incoming Vice President Joe Biden and his team after the 2008 election. The Obama campaign harshly criticized George Bush and Dick Cheney. There was no love lost between the camps, but it was inconceivable to do anything besides help the new team. Its what’s happened in every election since Jefferson’s in 1800.

President Barack Obama promised to follow this great American tradition. Upon Trump’s election, Obama said: “Now, it is no secret that the president-elect and I have some pretty significant differences. … eight years ago, President Bush and I had some pretty significant differences. But President Bush’s team could not have been more professional or more gracious in making sure we had a smooth transition so that we could hit the ground running. And one thing you realize quickly in this job is that the presidency, and the vice presidency, is bigger than any of us. … The peaceful transition of power is one of the hallmarks of our democracy. … we are going to show that to the world.” 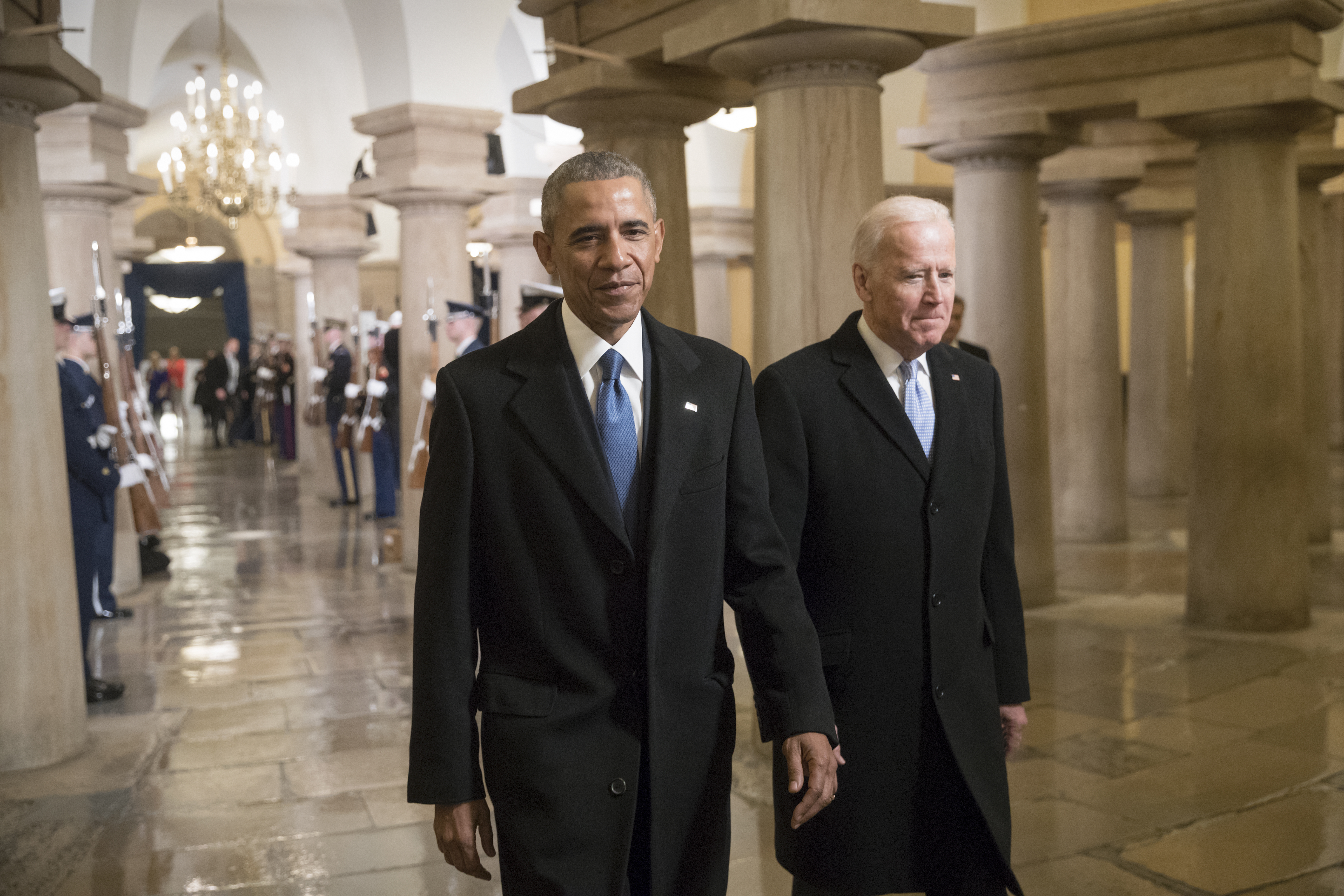 Except he didn’t. To the contrary, Biden put in an unmasking request for the incoming president’s national security advisor. The FBI was apparently spying on Flynn because of the number of meetings Flynn had with Russia’s ambassador. That’s not good enough. Biden said recently that if he wins the current election, he would start those sorts of meetings in his transition. He should. It’s expected. On Inauguration Day, the new administration is in charge. They need to be up and running on day one. (RELATED: Biden Largely Avoids Being Pushed On His Unmasking Request Regarding Michael Flynn)

It seems doubtful that the Obama team purposely decided to intrude on the Trump transition, and on individual Trump staffers’ civil liberties, for purely partisan purposes. It’s more likely that they were shocked and angry at Trump’s win and convinced themselves it could have only been due to Russian interference. Their decision to spy on their political opponents could not have been made lightly. If Flynn really did commit treason, this would all be a little easier to understand, but he was never charged with anything like that.

The Obama team must have known that if their investigations turned up dry, they would pay a price. When you decide to spy on a leader of an opposing party, the bar must be high. It’s not the norm, no matter what anyone says. The media should be desperate to get to the bottom of this; you know they would be if Trump did this to Team Biden in the current election. Instead, to date, Biden has still not been asked to explain in detail his own role in this affair. The fact that the media is trying to kill this story is all you need to know about the sad state of our country right now.