As the future of the coronavirus pandemic remains uncertain, many have looked back at the 1918 Spanish flu to try and understand what the future could hold. It turns out that the second wave of the Spanish flu, the worst pandemic in history, was more deadly than the first or the third.

The Spanish flu occurred in three waves, which started in the spring of 1918 and subsided by the summer of 1919. The second wave, which occurred in the fall of 1918, was by far the most deadly, according to the CDC.

During the time of the pandemic, the United States was fighting in World War I. During this time, hundreds of thousands of soldiers traveled around the world, contributing to the spread of the flu. Ultimately, the flu ended up being responsible for more deaths than the total number of civilian and soldier casualties caused by the war, the CDC says. 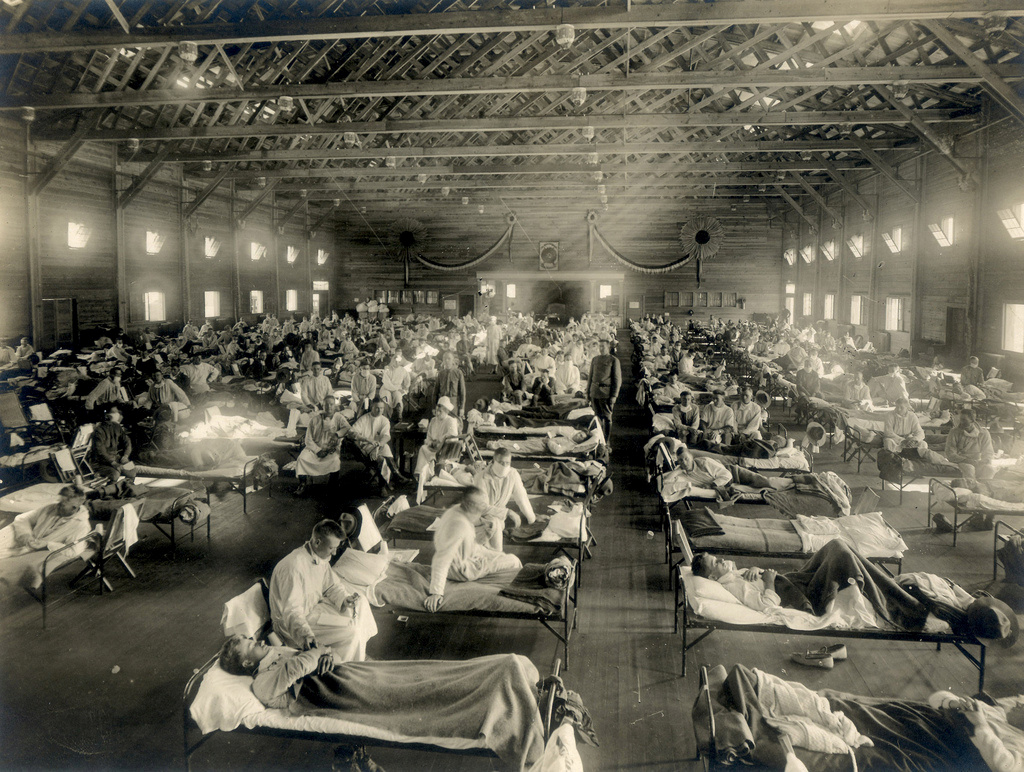 Soldiers are quarantined while recovering from the Spanish flu at Camp Funston, Kansas, U.S. in 1918. U.S. Army/Handout via REUTERS.

During the first wave, the Spanish flu caused approximately 5 deaths for every 1,000 people at its height. The second wave was nearly 5 times more deadly, killing almost 25 people per 1,000 at its peak. The third wave peaked at around 10 deaths per 1,000 people, according to a study published by the National Center for Biotechnology Information.

However, exact numbers of deaths for each wave is difficult to ascertain because of the lack of comprehensive medical records from the time period as well as the lack of records from developing regions. Lack of medical advancement also more than likely contributed to a larger fatality rate for Spanish flu.

Similar to the current coronavirus pandemic, the economy suffered in 1918 as businesses were forced to close due to the illness. The U.S. also suffered from a shortage of medical professionals due to the high number that were serving abroad during WWI.

By the end of the 1918 pandemic, an estimated ⅓ of the world’s population had been infected and 50 million people had died. (RELATED: Here’s How The Country’s Response To The Spanish Flu And Swine Flu Pandemics Compare To Coronavirus)

Experts warn that a second wave of the coronavirus pandemic may be coming. Harvard epidemiology professor Marc Lipsitch said that “fall will be very much like the spring,” and coronavirus cases will peak in December, according to the American Medical Association.

“We will have a harder time controlling coronavirus in the fall … and we will all be very tired of social distancing and other tactics,” he said. “The hard thing will be to keep enough of it to protect our ICUs and keep the number of cases from flaring up.”

Lipsitch said that his research shows that summer will slow down coronavirus infection rates by around 20%, which is “only enough to slow it down, but not enough to stop it.” He said the coronavirus will come back with a second wave by fall.

“Almost every government is talking about lifting control measures. Not every government, but many, because of the economic burdens. Given the fairly high caseloads that we have in the United States, that’s a really risky thing to do right now,” he said, adding that it may be some time before immunity brings a true end to the pandemic.