A group of protesters in Atlanta vandalized CNN’s headquarters, set fire to a police car, and broke into a downtown restaurant Friday night.

Protests sparked by the death of George Floyd in Minneapolis Police Department custody earlier this week erupted across the nation Friday, but the gathering that “started peacefully” in Atlanta “quickly changed tone,” according to an AP report. 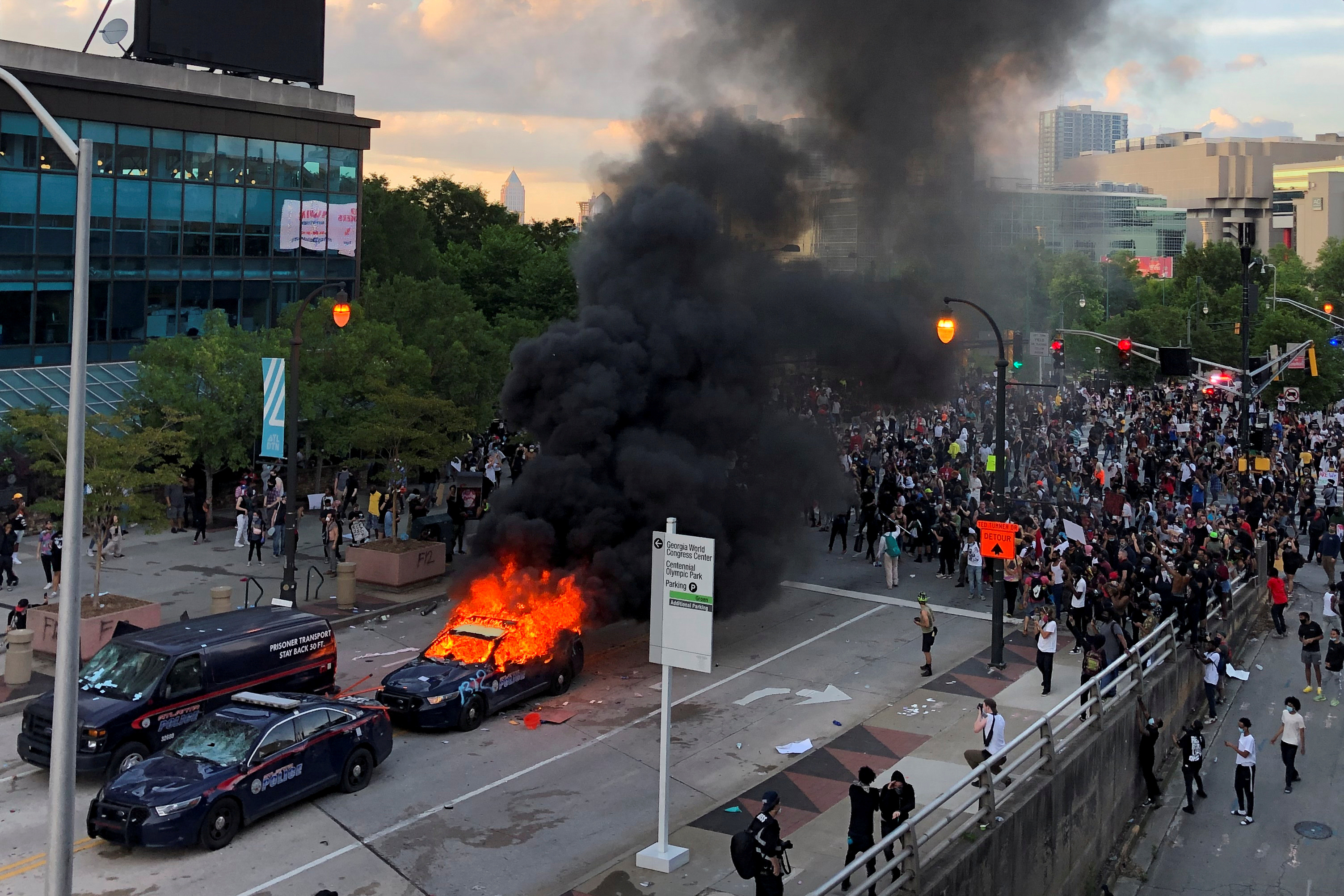 An Atlanta Police car burns as people protest against the death in Minneapolis police custody of African-American man George Floyd, near CNN Center in Atlanta, Georgia, U.S. May 29, 2020. REUTERS/Dustin Chambers TPX IMAGES OF THE DAY – RC2OYG9GG3KI

“Protesters used barricades to break police vehicle windshields and jumped from car to car,” AP reported. “Hundreds of the protesters confronted police outside CNN headquarters. They spray-painted the large, iconic CNN logo outside the building, breaking a windowed entrance. One protester climbed on top of the sign and waved a ‘Black Lives Matter’ flag to cheers from the crowd.”

Footage of CNN headquarters being vandalized was taken and posted by CNN reporter Fernando Alfonso.

Some officers were reportedly struck by bottles thrown by protesters, and other bottles “exploded behind the police line.” No officers were confirmed to have been hit, but they “backed their line away from group of protesters” throwing objects.

“Quit your jobs,” protesters chanted, according to the report. (RELATED: Armed Citizens Stand Guard Against Looters In Minneapolis)

“This is not a protest. This is not in the spirit of Martin Luther King Jr,” Democratic Mayor of Atlanta Keisha Lance Bottoms said while addressing the protests.

Eventually, police reportedly cleared the streets, threatening to arrest demonstrators if they refused to leave.