As nationwide riots erupted after the killing of George Floyd, at least 4,400 people have been arrested across 36 cities, according to an Associated Press report.

Violent riots stemmed from protests over the death of George Floyd, who was killed after a police officer knelt on his neck until he died. A disturbing viral video showed Floyd repeatedly saying “I can’t breathe” while the officer put his knee on his neck. Floyd later died in the hospital.

Demonstrations began in Minneapolis, where the incident occurred, Tuesday night following the video’s emergence Monday. The protests began peacefully but turned violent as the night went on as police clashed with the crowd, according to WCCO. 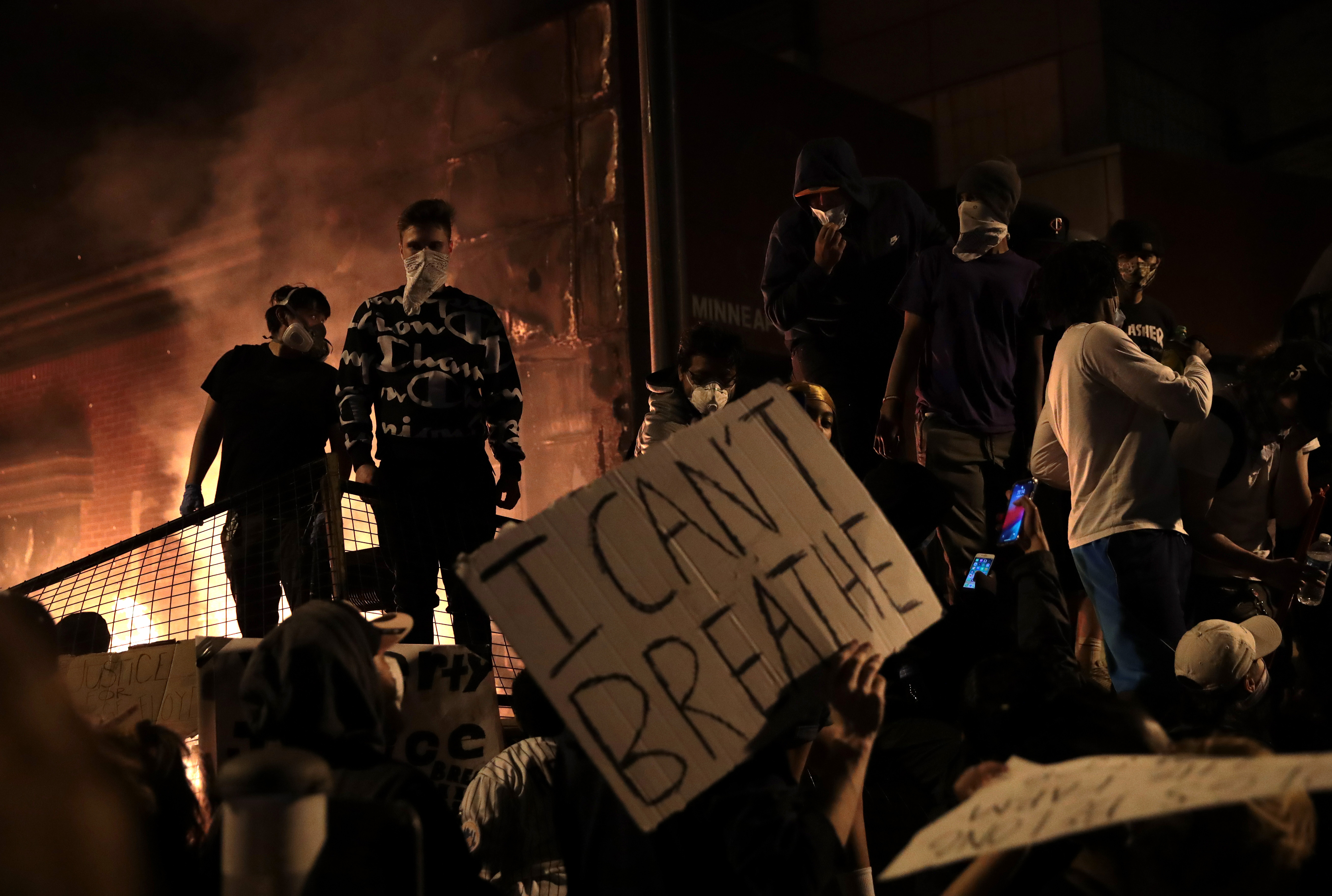 Protesters stand in front of the 3rd precinct police building as it burns during a protest on May 28, 2020  (Photo by Scott Olson/Getty Images)

So far, more than 4,400 people have been arrested, according to an Associated Press tally. The majority of arrests occurred in Los Angeles with 931 people arrested so far. (RELATED: Protesters Vandalize CNN Headquarters In Atlanta)

The national guard was called in to assist police in containing the riots in many places. In Washington, D.C., 1,700 National Guard soldiers arrived on scene as fires erupted across the city and mass looting took place, the Associated Press reported.

President Donald Trump announced Sunday that the United States is designating ANTIFA, which the president said is among the groups responsible for the riots, as a terrorist organization.

Crossing State lines to incite violence is a FEDERAL CRIME! Liberal Governors and Mayors must get MUCH tougher or the Federal Government will step in and do what has to be done, and that includes using the unlimited power of our Military and many arrests. Thank you!

Minneapolis, Chicago, New York, Los Angeles, Philadelphia, Atlanta, and Houston have all had over 100 arrests, the Associated Press said.

The National Guard arrived Saturday in Minnesota at the direction of Minnesota Governor Tim Walz, which seemed to help keep calm down the riots, according to the report.