Humane Society International is petitioning a Chinese province to end its annual dog meat festival that takes place in June.

The Yulin Lychee and Dog Meat Festival is held during the summer solstice every year in the city of Yulin in Guangxi Province, and it’s set to take place June 21. The Humane Society, however, is intent on ending the event due to the abuse thousands of dogs face during the 10-day festival by circulating a petition that in past years has collected over 10 million signatures globally, according to Peter Li, a China policy analyst at the Humane Society International,.

Li told the Daily Caller that while China’s Agriculture Ministry has declared that dogs and cats are not livestock, the dog meat trade is not yet banned.

Most recently, China banned the sale of live dogs for meat and fur, but Beijing hasn’t issued any information about June’s Yulin dog meat festival. 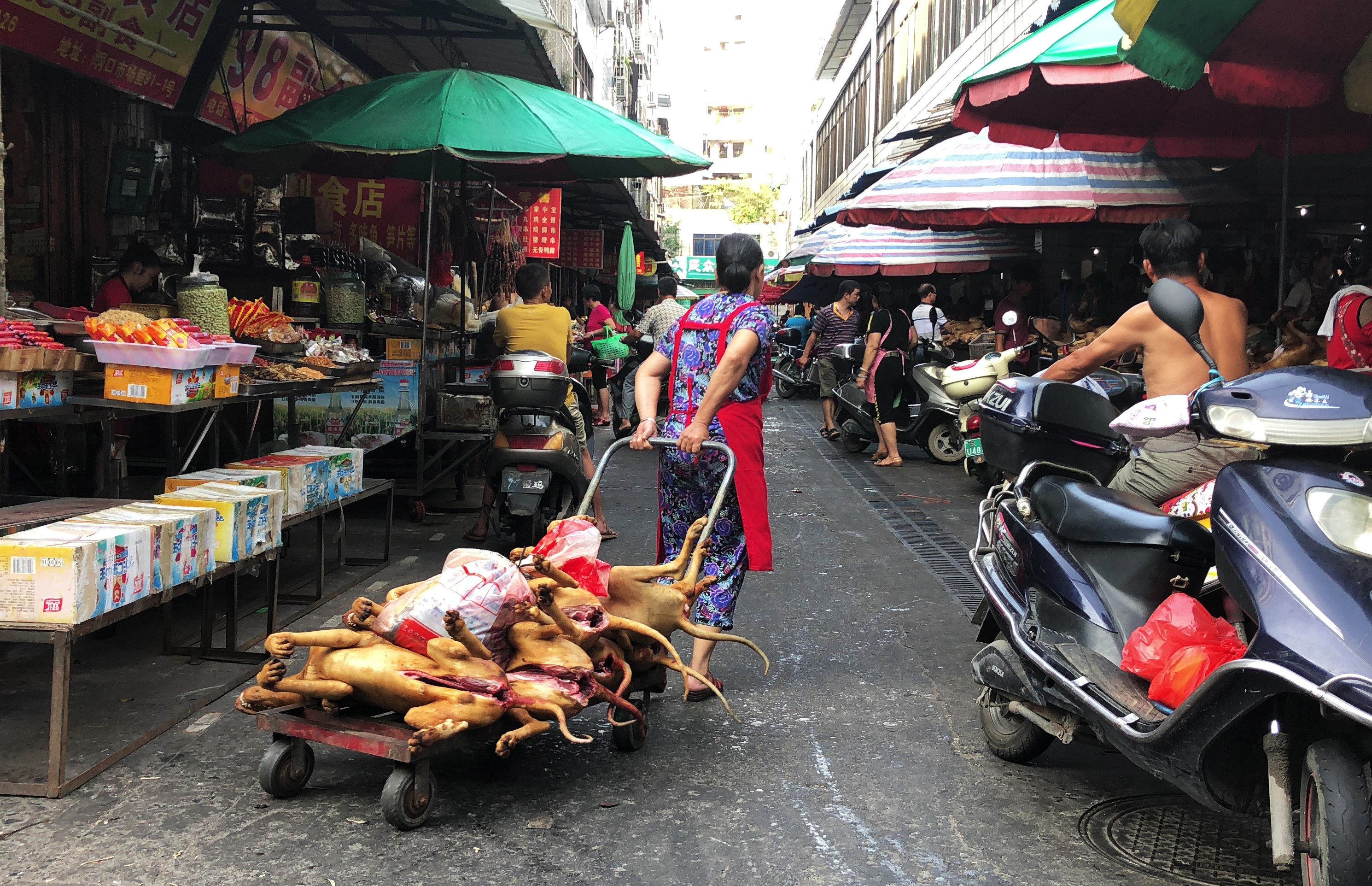 A vendor pulling a trolley with dog meat piled on top at the Dongkou market in Yulin in China’s southern Guangxi, ahead of the Yulin dog meat festival which opens on June 21. (PAK YIU/AFP via Getty Images)

China’s animal activists are pressing for an explicit policy outlawing dog meat trade and consumption, while also acknowledging the recent steps to declassify dogs as livestock is a “breakthrough.”

“Communist states have never admitted dogs as companions, not the Chinese government, not the Soviet government or others,” Li added.

China’s wildlife trade industry has come under international pressure to end the practice of consuming exotic animals following the coronavirus outbreak, which is believed to have originated in bats and transferred to pangolins and then humans. (RELATED: Chinese Province Moves Toward Banning Consumption Of Some Exotic Animals)

Li, who grew up in China, described how the dog meat festival started, not as a traditional festival as traders claim. The wildlife trade industry, he said, arose out of the necessity of Chinese to lift themselves out of poverty.

“In China, wildlife breeders and traders have created ‘demand’ for wild animal meat and called wildlife consumption ‘traditional diet.’ This is a false claim. I grew up in China in the 1970s and never once did my mom buy snake, or dog meat or porcupine or lizard to be cooked as food. Dog meat and wildlife consumption have arisen as industries in the last 40 years since China allowed peasants to pursue whatever economic activities that could lift themselves out of poverty.”

The petition addresses the party secretary of Guangxi Zhuang Autonomous Region, Du Xinshe, directly, and the organization hopes to have it submitted the week before the event takes place. 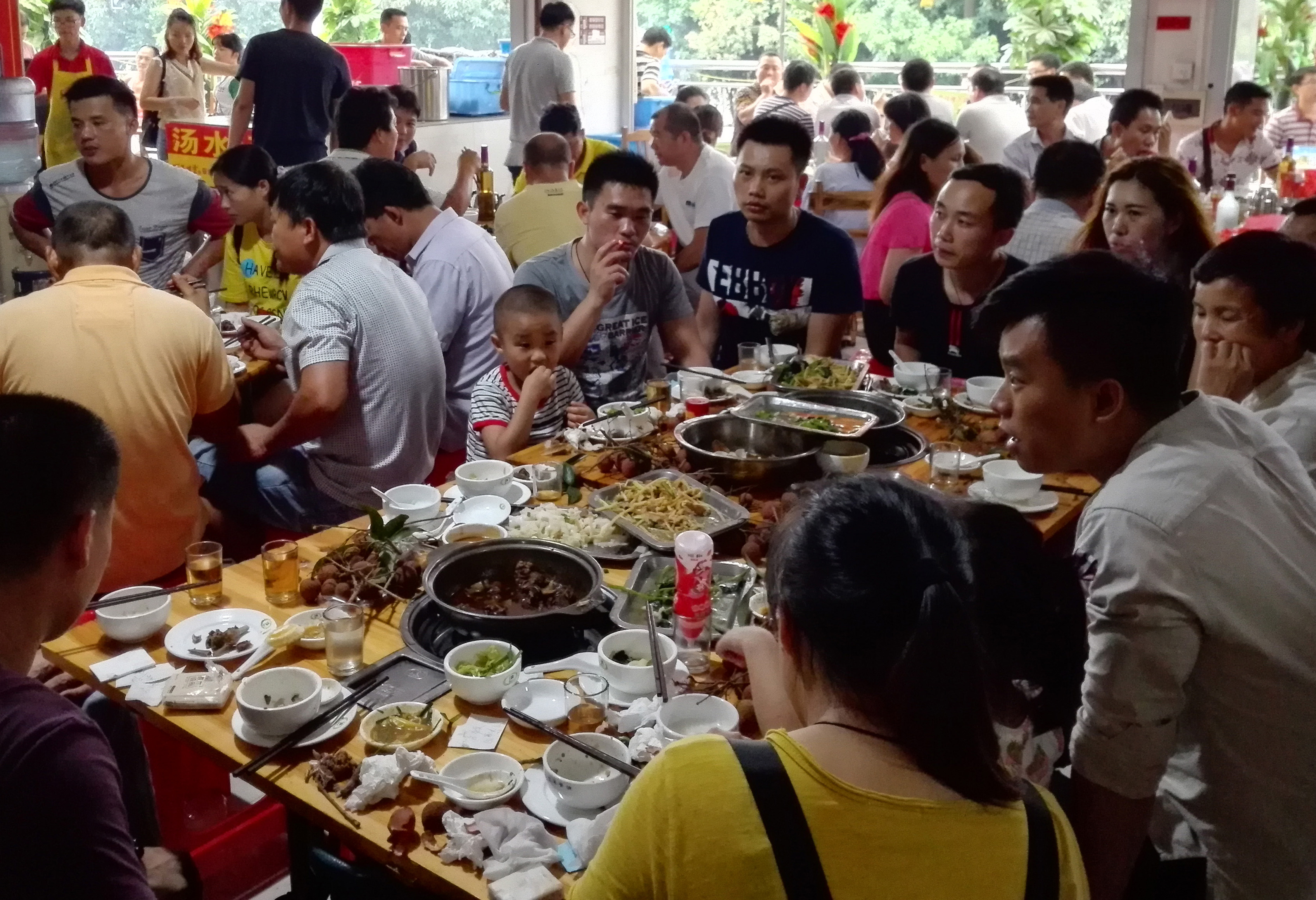 People eat dog meat at a restaurant in Yulin, in China’s southern Guangxi region on June 21, 2017.
China’s most notorious dog meat festival opened in Yulin on June 21, 2017, with butchers hacking slabs of canines and cooks frying the flesh following rumours that authorities would impose a ban this year. (Photo credit should read STR/AFP via Getty Images)

Li described the appalling conditions dogs face when they’re prepared for the Yulin festival: deprivation of food and water, injury while being transported, and torture when they’re slaughtered.

“​Dogs are stolen and shipped over great distances to Yulin from other parts of the country. China is a continental-sized nation, the transportation routes can be very distant. Enormous suffering for the dogs in small cages on the road without food and water; often brutally loaded and unloaded (smashing down at unloading) breaking their limbs and causing other internal organ injuries.”

“Most dogs when arriving in Yulin are dying or sick from cross infection. Slaughter is the most brutal practice where dogs are slaughtered in front of each other causing utter psychological trauma to the dogs witnessing other dogs slaughtered before their eyes.”