Over 250 buildings were looted and damaged in the Twin Cities of St. Paul and Minneapolis as well as in the surrounding suburbs following the death of George Floyd, according to a list created by Bring Me The News.

While most protests remained peaceful, many around the country took a violent turn, especially in Minneapolis, where Floyd died in police custody May 25. Roughly 207 businesses in Minneapolis alone were damaged, looted or destroyed during the riots, many of which were small businesses, according to Bring Me The News’ list. 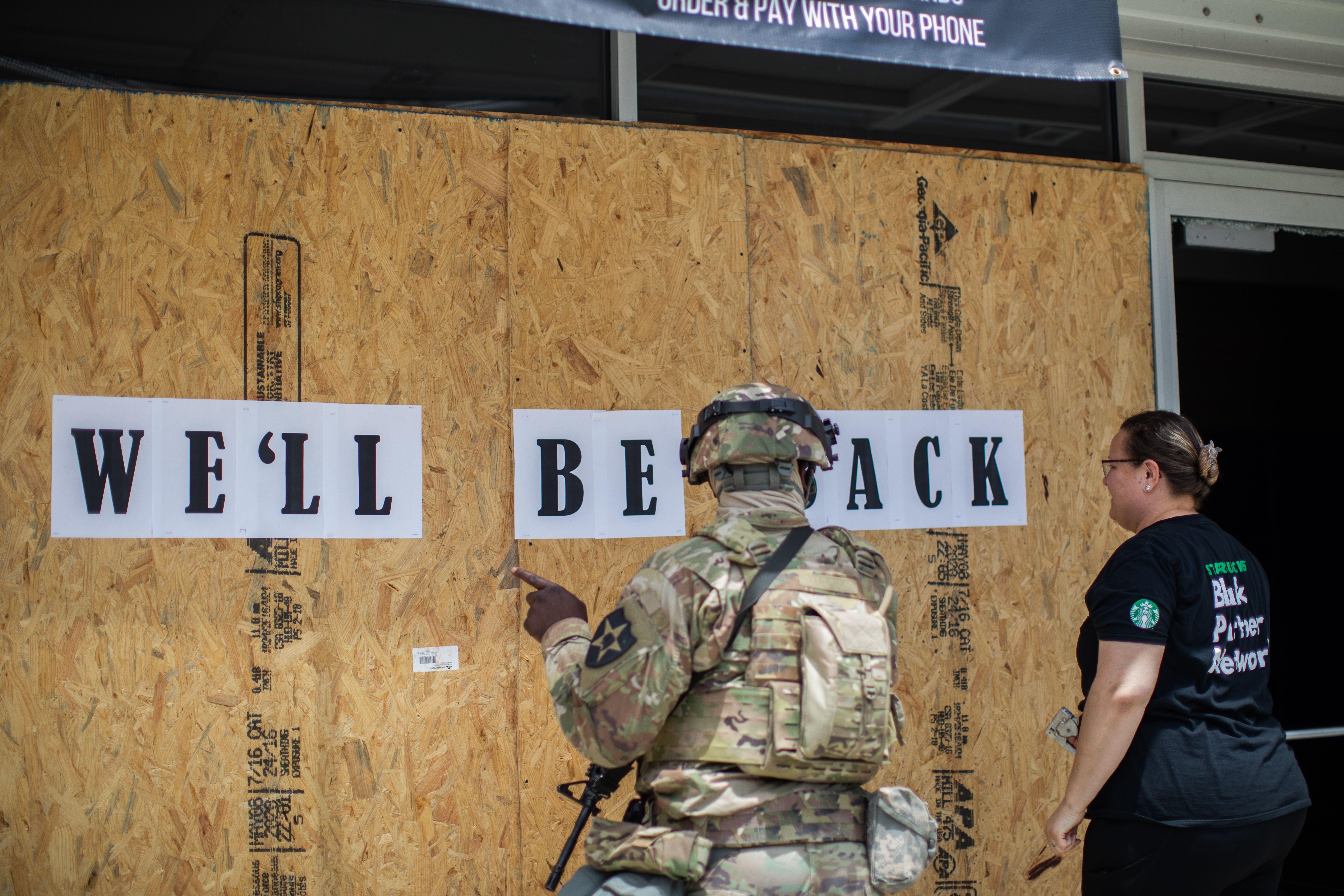 National Guard talks to a worker in front of a boarded up coffee shop in Downtown Long Beach, California on June 1, 2020, after a night of protests and looting. (Photo by APU GOMES/AFP via Getty Images)

One of the non-businesses that sustained property damage was the Basilica of Saint Mary, the first basilica established in the U.S.

In St. Paul, nearly 52 businesses faced similar vandalism and destruction, and in the Twin Cities suburbs, 8 did. The list is being updated as more reports come in.

A police officer stands watch as a looted pawn shop burns behind them on May 28, 2020 in Minneapolis, Minnesota. (Photo by Stephen Maturen/Getty Images)

Rioting and looting in Minneapolis have persisted for nearly a week with cities across the country erupting in violence following peaceful protests. At least 4,400 people have been arrested across 36 cities, and the National Guard has also been called on to assist police in containing the riots in Minneapolis and Washington, D.C. (RELATED: More Than 4,400 People Arrested During Riots Across The Country)