Rioters tried to block a fire truck from reaching a burning building with a child inside in Richmond, Virginia, the police chief said Sunday according to NBC 12.

Protests and riots continued for the third night in Richmond, with several buildings lit aflame by rioters. One of those buildings was a multi-family residence with a child and family inside, according to NBC 12. 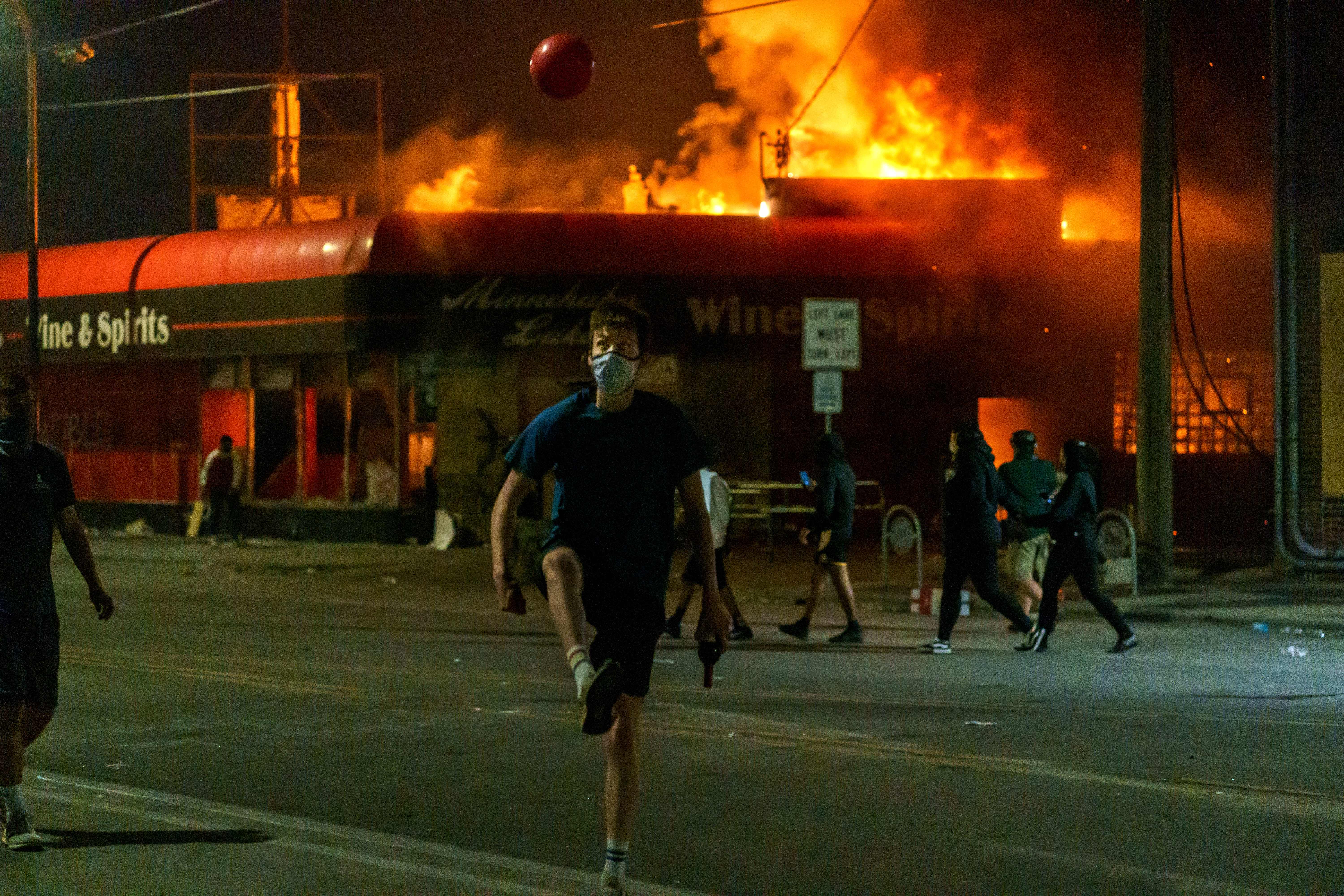 A protester kicks a ball in front of a liquor store in flames on May 28, 2020 in Minneapolis, Minnesota, during a protest over the death of George Floyd, an unarmed black man, who died after a police officer kneeled on his neck for several minutes. (Photo by KEREM YUCEL/AFP via Getty Images)

The police chief said that as fire crews approached the scene, protesters blocked the engine. The fire fighters were fortunately able to make it in time to the building to rescue the child and family. (RELATED: BARR: The Riots Have Nothing To Do With The Death Of George Floyd)

Recounting the incident emotionally, needing to pause to compose himself, the officer said “Inside that home was a child. Officers were able to …”

“We were able to get the fire department there safely, I’m sorry,” he said before taking a sip of water.

The riots and protests began in response to the death of George Floyd, who died after a police officer in Minneapolis had pressed his knee to Floyd’s neck on the ground for over 8 minutes. The officer, Derek Chauvin, has since been fired and charged with third-degree murder and manslaughter.

Both rioters and peaceful protesters have been present at demonstrations across the country. 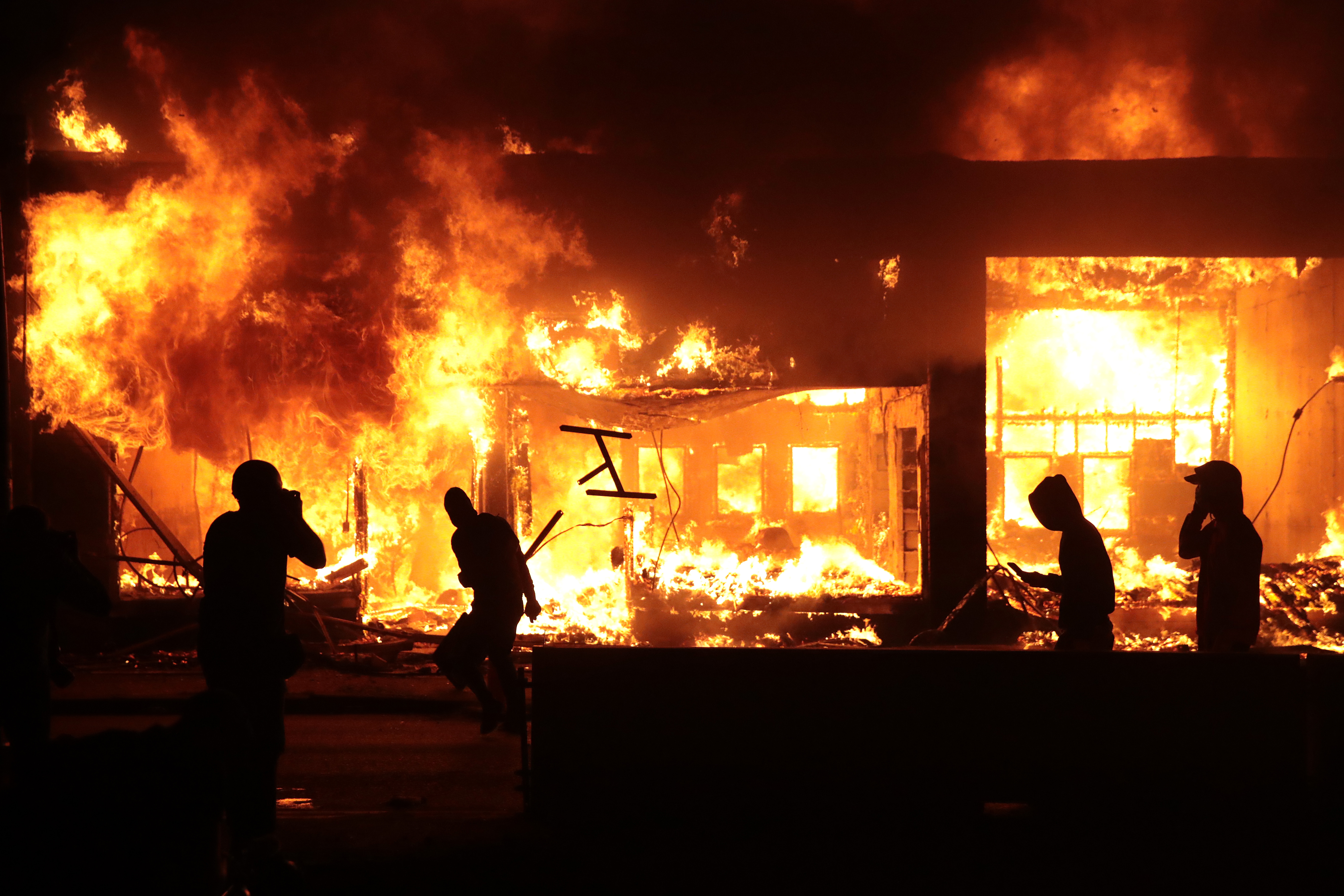 People stand near a burning building during protests sparked by the death of George Floyd while in police custody on May 29, 2020 in Minneapolis, Minnesota. (Photo by Scott Olson/Getty Images)

Stores in Richmond were looted after a peaceful protest Friday, prompting business and property owners to board-up windows and doors.

Smith said that police have intelligence that some rioters, believed to be anti-fascists and anarchists, came from outside Virginia to create the destruction, according to ABC 8 News.