The White House is refusing to address why the federal government did not protect the national monuments honoring U.S. heroes during riots over the weekend in the wake of George Floyd’s death.

Rioters defaced historic monuments honoring military heroes in Washington, D.C., photographs from the National Park Service showed. The defacement occurred as rioters protested the death of Floyd, a black man who died after a Minneapolis police officer knelt on his neck for several minutes, according to footage of the incident.

The White House has not addressed why the federal government did not protect these national monuments and refused to comment on the matter to the Daily Caller News Foundation, despite multiple opportunities to do so.

The National Park Service also did not respond to requests for comment from the DCNF as to what measures have been or will be taken to protect these monuments.

White House Press Secretary Kayleigh McEnany said Monday during a press briefing that she has not heard of any plans to use martial law to protect national monuments in D.C. (RELATED: Rioters Chase, Threaten Daily Caller News Foundation Reporter Through The Streets Of DC)

The tweet is accompanied by photographs of defacement on the Lincoln Memorial and the World War II Memorial.

In the wake of last night’s demonstrations, there are numerous instances of vandalism to sites around the National Mall. For generations the Mall has been our nation’s premier civic gathering space for non-violent demonstrations, and we ask individuals to carry on that tradition. pic.twitter.com/LmIHfW2AHj

Rioters also defaced monuments in Lafayette Square, including a monument to Major General Friedrich Wilhelm von Steuben, a Prussian soldier who helped Americans fight against the English during the Revolutionary War. 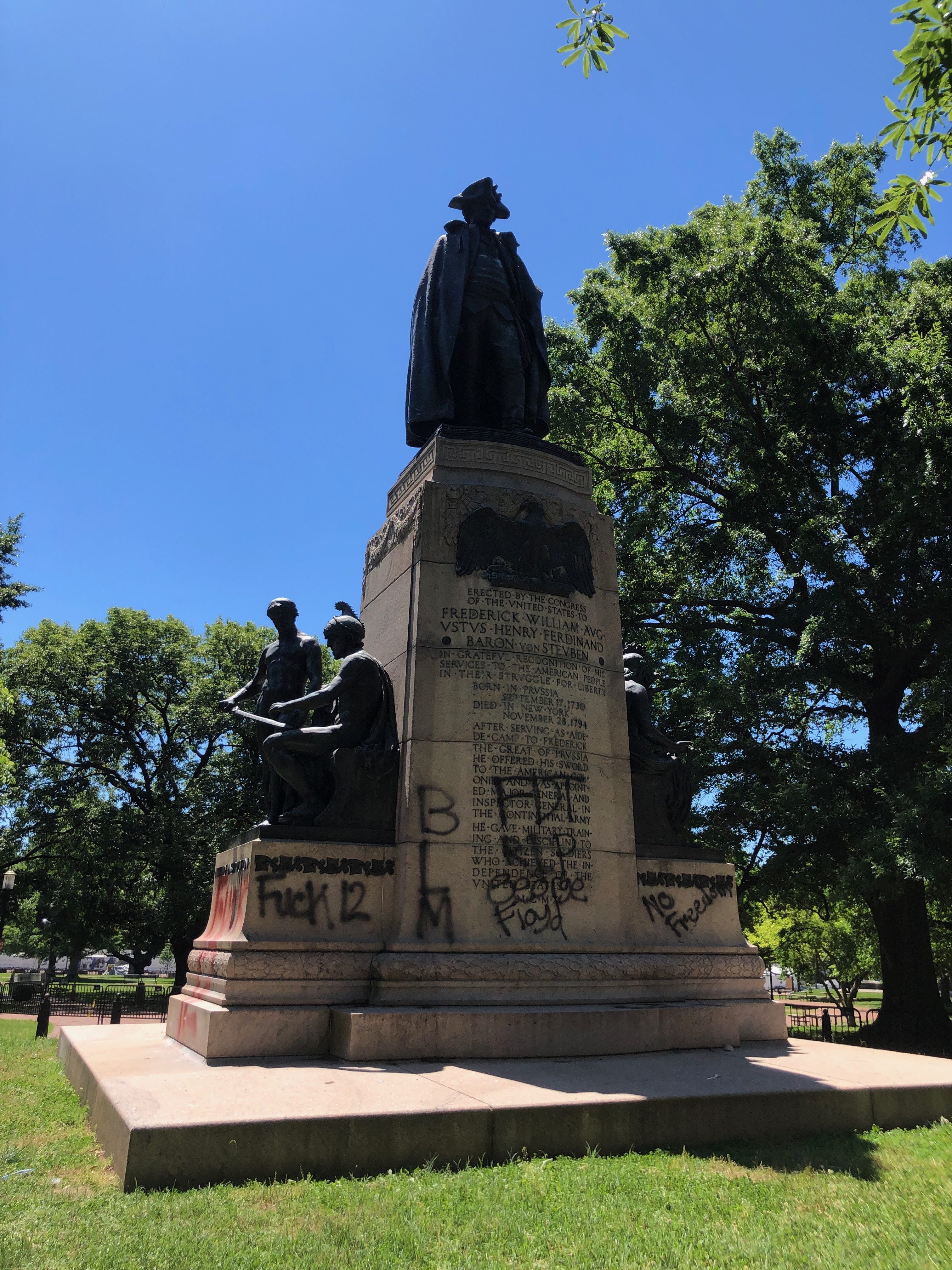