Major corporations shuttered storefronts to protect themselves from potential damage during the George Floyd protests while voicing support for the activists involved.

Demonstrations have cropped up throughout the world over Floyd’s death, which occurred May 25 after a Minneapolis police officer knelt on his neck for several minutes, footage showed. Protests in a number of cities erupted into rioting, leading to defacement, broken windows and looting of small businesses and retail chains alike.

Starbucks CEO and president Kevin Johnson hosted a forum Saturday where more than 2,000 employees had a conversation about Floyd, Ahmaud Arbery, Breonna Taylor “and the many other racial injustices that have shaken the entire country.” Arbery was an unarmed black man who was fatally shot while on a jog in a Georgia suburb in February. Taylor was fatally shot by police after officers stormed into her Louisville home in March.

On the same day the forum took place, a Starbucks in Atlanta was seen shuttered. Shattered glass was strewn across the sidewalk directly in front of the storefront, a photo showed.

Read the full letter from our ceo, Kevin Johnson by visiting the link in our bio.

“Our focus right now is on the safety and well-being of our partners (employees) and customers,” Starbucks said Tuesday in a statement to the Daily Caller News Foundation. “At the discretion of our local leaders, stores may operate under reduced hours stores or temporarily close. These decisions are being made with community care as our top priority, and customers can check the Starbucks Locator on the website or mobile app for information on their stores.”

Nike posted a video on Instagram with the caption, “Let’s all be part of the change” on Saturday.

Let’s all be part of the change. ⠀ ⠀ #UntilWeAllWin

Nike has a history of supporting the Black Lives Matter movement. The athletic wear company featured Colin Kaepernick in a 2018 ad. Kaepernick was a San Francisco 49ers quarterback who began kneeling during the national anthem before games to protest police brutality, a move that ended up being divisive for fans and players.

A Nike store in Washington, D.C., was spotted being boarded up in anticipation of protests on Saturday.

“Nike supports free and peaceful protests and we do not condone violence,” Nike said in a statement to the DCNF on Tuesday. (RELATED: Americans Arm Themselves Against Rioters As America Faces Seventh Straight Night Of Violence)

The @Nike store in Georgetown being boarded up right now #justdoit pic.twitter.com/m1em5rhTFG

“We are a community in pain. That pain is not unique to the Twin Cities—it extends across America. And as a team we’ve vowed to face pain with purpose.” Click the link in our bio to read a note from Target CEO Brian Cornell.

Meanwhile, a Target near Little Rock, Arkansas, was shuttered before protests Monday, according to footage from a KATV News reporter.

“Like many businesses, we are making the decision to reduce hours or temporarily close stores for the safety of team members and guests,” Target told the DCNF in a statement. Target did not provide a count of stores shuttered during protests.

“This injustice must end, along with the racial injustice that pervades this country.”

What is going on in our nation is heartbreaking. The deaths of George Floyd, Ahmaud Arbery and Breonna Taylor illustrate with painful clarity the need for fundamental change. This senseless loss of life must stop. As a country, we can and should do better to ensure that all Americans are treated equally and fairly. – Jeff Gennette, Chairman & CEO, Macy’s, Inc. #BlackLivesMatter

A Macy’s in Chicago was boarded up Monday, and looters broke through boards shuttering the iconic Macy’s in Midtown Manhattan on Monday night, according to Reuters. 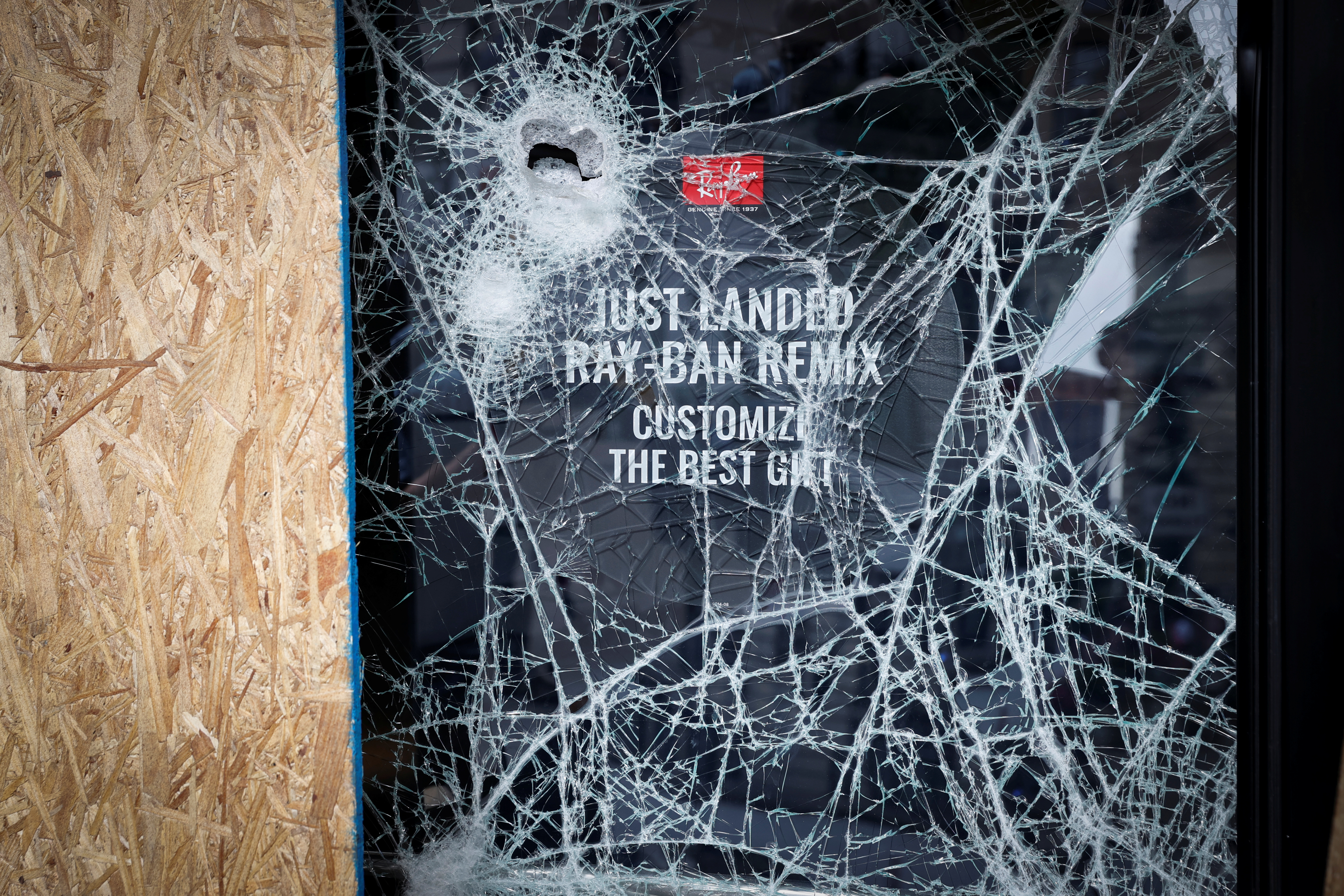 Broken windows are seen at the Macy’s store in Midtown Manhattan after it was looted and damaged by protesters who participated in demonstrations against the death of George Floyd. (Photo: REUTERS/Mike Segar)

CVS said the turmoil surrounding the protests “grows out of a long and deep history in our country.”

We are deeply disturbed by what unfolded in Minneapolis last week and saddened to see the pain, frustration and anguish boil over in communities following the death of George Floyd. Click the link in our bio to read a note from CVS Health CEO, Larry Merlo.

A CVS Pharmacy in Washington, D.C., was filmed being boarded up prior to Monday’s protests.

“We’re continually monitoring the situation and will close stores, if needed, to ensure the safety of employees and customers,” a spokeswoman told the DCNF. More than 300 CVS Pharmacy locations have been affected or damaged during protests, she said.

“We stand against any act of discrimination and injustice in our society,” Tiffany & Co. stated in an Instagram post.

At Tiffany, our values include tolerance, respect and an unwavering dedication to diversity and inclusion. We stand in solidarity with our employees, customers and creative collaborators to take action. The responsibility is on all of us and we pledge to continue sharing our ongoing efforts.

The Tiffany & Co. located in downtown Washington, D.C., was closed and boarded up as of Sunday.

Washington, DC is on edge tonight.

It took decades to rebuild downtown DC to make it a safe place to earn a living.

It took decades to rebuild downtown DC to make it a safe place for millions of Americans to bring their families on vacation.

We could lose it so easily. pic.twitter.com/KYLjZWsErQ

Macy’s and Tiffany & Co. did not immediately respond to the DCNF’s request for comment.