Speaker of the House Nancy Pelosi said Tuesday that the Congressional Black Caucus (CBC) will introduce legislation on racial profiling and police brutality as protests continue across the country for George Floyd.

Democrats will reportedly consider a resolution drafted by CBC members, including by Massachusetts Rep. Ayanna Pressley and Minnesota Rep. Ilhan Omar, to condemn police brutality and racial profiling. The resolution reportedly received a lot of praise from other progressive Democrats on a Monday call with Pelosi, including from New York. Rep. Alexandria Ocasio-Cortez, according to Politico.

California Rep. Karen Bass told members of the CBC to be “visible IMMEDIATELY,” telling them to get booked on TV and to post on social media.  “We have to ask ourselves and we have to ask the country at what point, at what point will be grow tired of seeing people literally executed on video and nothing happens,” Bass said at a news conference Monday. 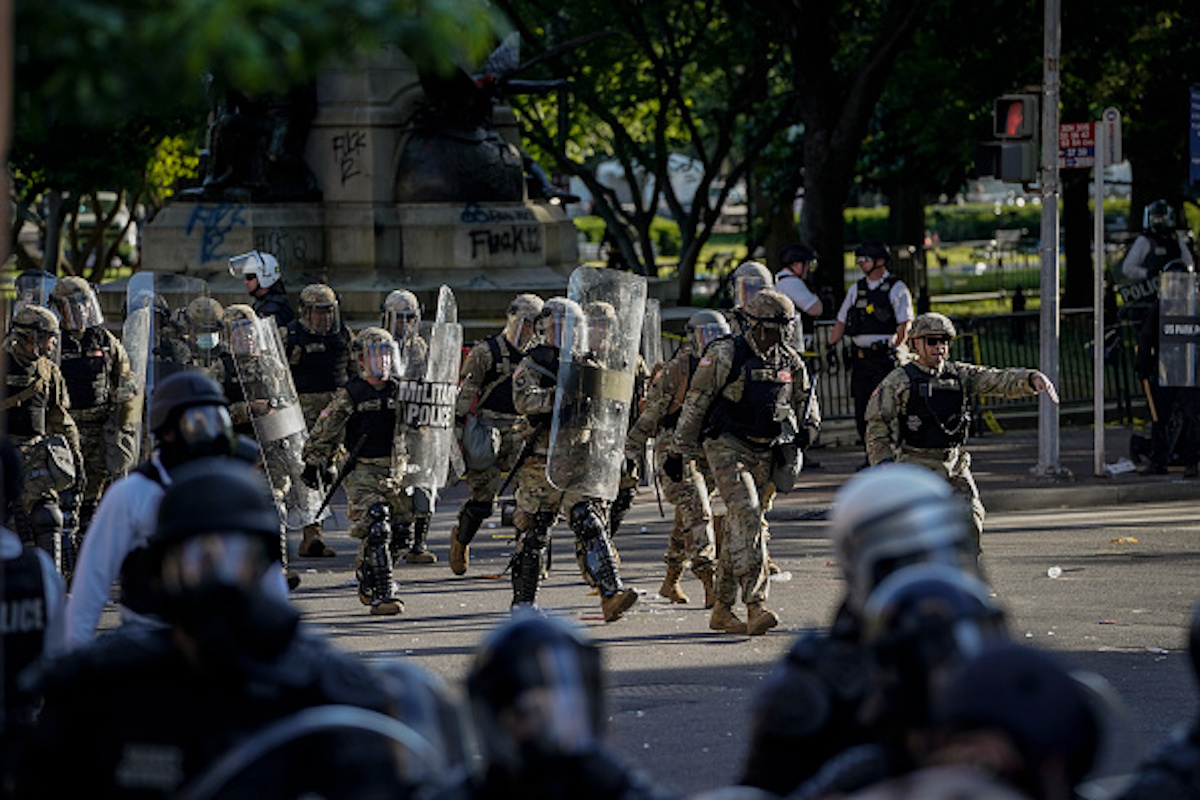 Law enforcement responds during a protest near Lafayette Park ahead of President Trump’s trip to St. John’s Church on June 1, 2020 in downtown Washington, DC. (Photo by Drew Angerer/Getty Images)

There have been riots and protests occurring in major cities all across the country, since Floyd’s death. Businesses have been looted and or damaged, police have been shot, meanwhile, Floyd’s brother has called for peace and has said all protesting should be non-violent. (RELATED: Destruction, Vandalism Left In Aftermath Of Washington, DC Riot)

Pelosi and Senate Minority Leader Chuck Schumer released a joint statement Monday night about the way protesters outside the White House were reportedly treated, saying it “dishonors every value that faith teaches us.” (RELATED: President Trump Walks Out Of White House, Holds Up Bible In Front Of St. John’s Church Amid Protests)

“Tear-gassing peaceful protestors without provocation just so that the President could pose for photos outside a church dishonors every value that faith teaches us,” the two said in their statement in regards to President Donald Trump walking out of the front of the White House and across the street Monday to St. John’s Church, which was set on fire by protesters Sunday night.

Pelosi did not say when the legislation would be introduced, as the House is out of session until June 30.