Portland, Oregon will not extend its curfew for the first time since Saturday, after Oregon’s largest city saw only minimal clashes between protesters and police Monday night.

Democratic Mayor Ted Wheeler said he saw “a community ready for healing and reconciliation,” after demonstrators kept an hours-long march mostly peaceful. However, about 100 protesters still engaged police guarding the downtown Justice Center after marchers dispersed, and threw projectiles at them, said Police Chief Jami Resch, according to the Associated Press.

Twelve people were ultimately arrested and two guns were seized, she said, according to the AP.

“Yes again, there were a limited few who stayed behind to attempt to wreak havoc, but they were encouraged by demonstrators to stop taking away from their message.” Wheeler said during a press conference Tuesday, according to local NBC affiliate KGW8. “Demonstrators set the tone for peace and non-violence.” 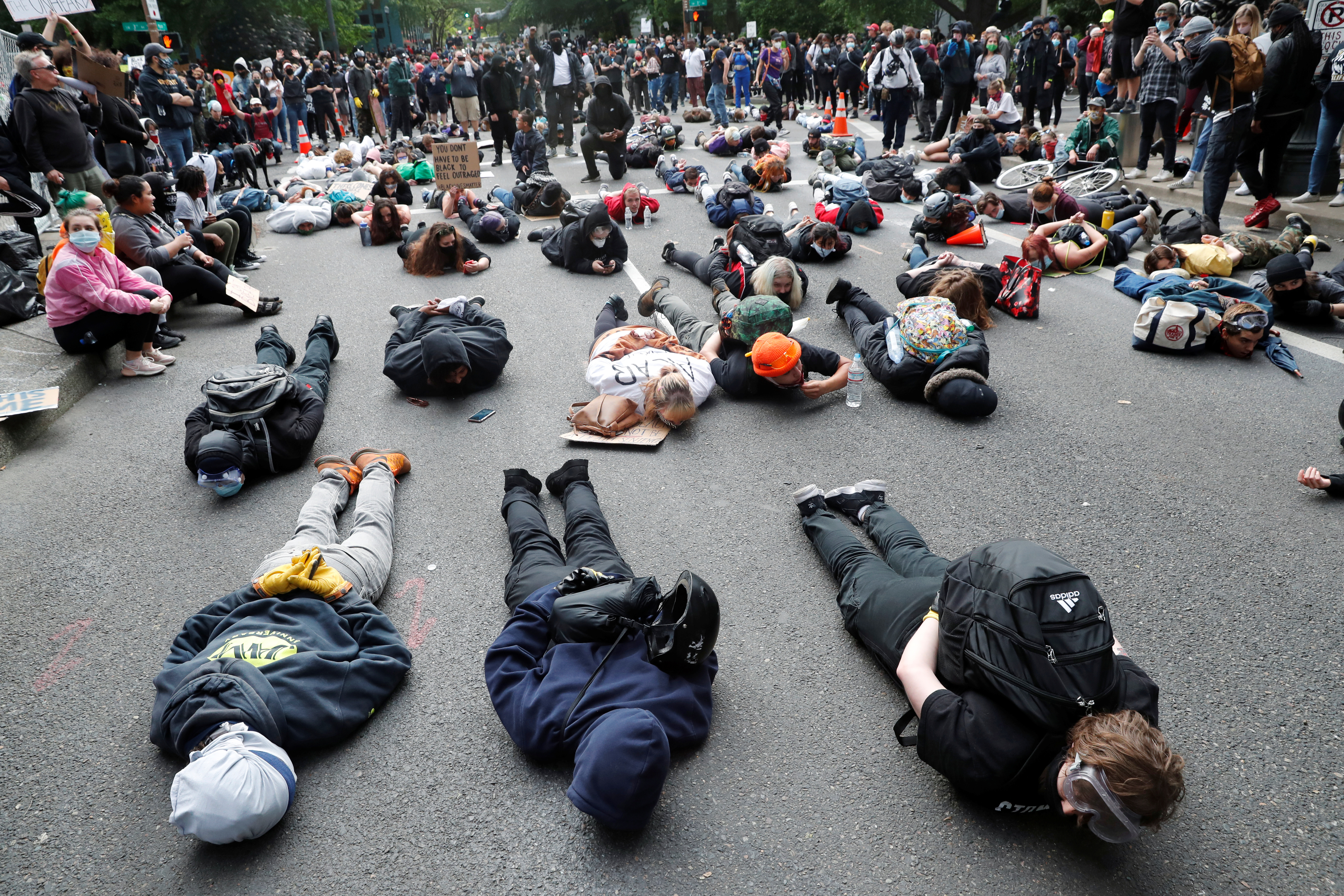 Protesters laying on the ground chant “I can’t breathe” at a rally against the death in Minneapolis police custody of George Floyd, in Portland, Oregon, U.S. May 31, 2020. (REUTERS/Terray Sylvester)

Violent riots occurred the previous three nights over the unlawful death of George Floyd by a Minneapolis police officer, with fires being set and police headquarters as well as a corrections center getting vandalized and broken into, according to the Associated Press, prompting Wheeler to impose the curfew. (RELATED: 16-Year-Old Detroit Teen Emerges As Leading Voice For Peace)

During the press conference Wheeler also demonstrated discontent with Democratic Oregon Gov. Kate Brown for what he called her “mischaracterization” of the National Guard’s purpose for quelling the violence, according to KGW8.

Conversely, Brown said Wheeler had asked her to deploy the National Guard to “put them in direct confrontation with protesters,” according to KGW8.